10 Most Beautiful Wildlife Crossings Around the World

As humans have spread across the globe, we have built an expansive system of highways and travel routes, often right through the middle of the wild. While these roadways allow us to travel virtually anywhere, animals can often get caught on the road and cause accidents or traffic jams. To remedy this problem, engineers have begun building 'animal bridges' across highways to help wildlife cross safely. Check out 10 of the most beautiful wildlife crossings from across the globe. 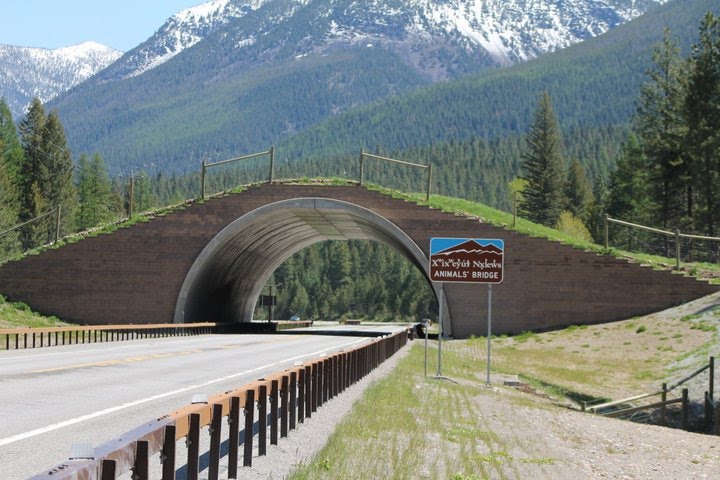 Located in Western Montana off of the Flathead river, home to 3 different Native American tribes. Established in 1855 this wildlife reservation consists of 1,938 square miles of untouched wilderness. Home to hundreds of species of mammals and birds, this crossing is essential to maintaining the flow of wildlife in the area. 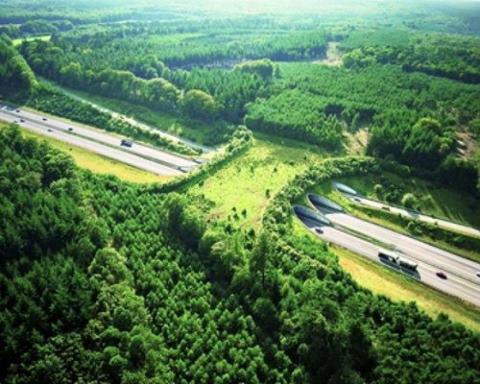 The A50 highway runs almost completely through the Netherlands, with traffic speeds reaching upwards of 50 MPH, hitting animals would cause serious injury. This crossing funnels the local wildlife safely across the highway. 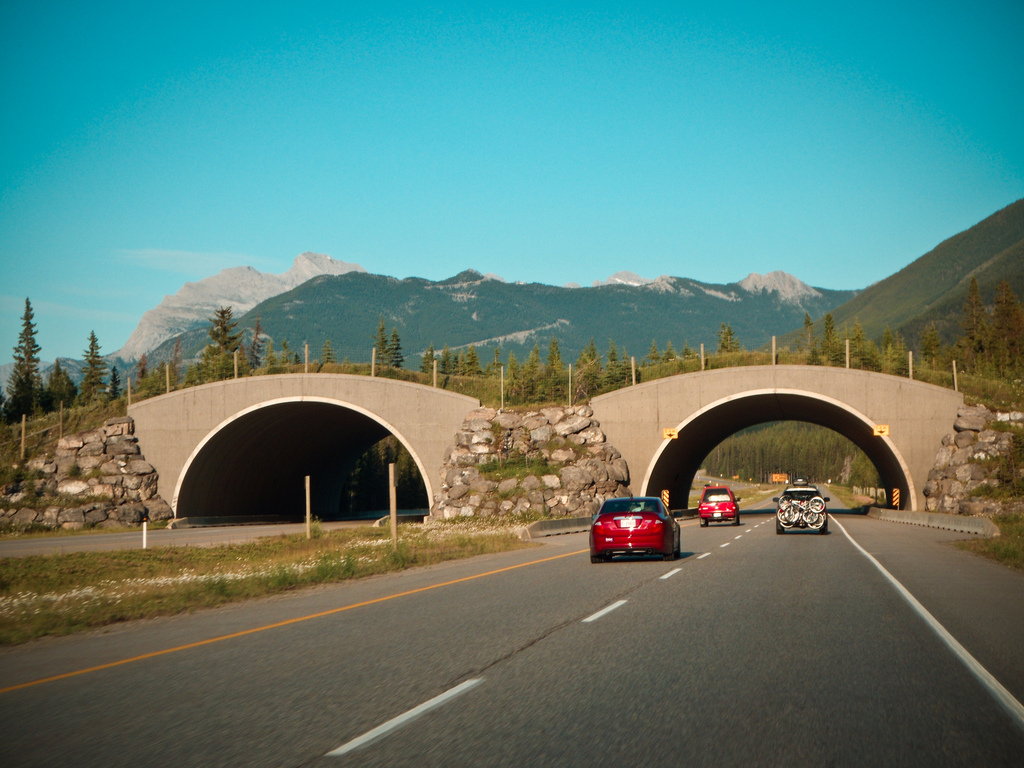 Banff National Park in Alberta, Canada is one of the premiere wildlife reservations in North America, so protecting the animals from traffic is obviously a main concern. So far, the Park has opened 6 overpasses and 38 underpasses to keep the local wildlife safe. 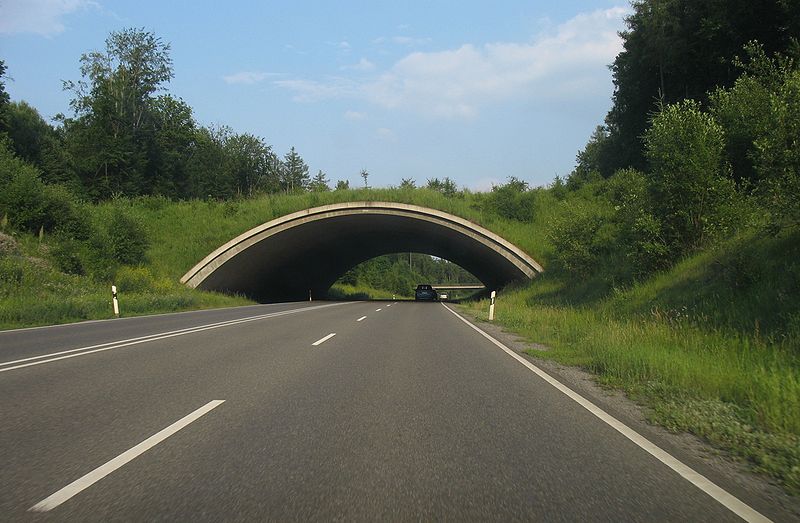 A beautiful 'ecoduct' arched crossing passing over the B38 highway in Germany. This crossing does not sport edges to keep the animals from falling, although the naturalistic approach is enough to keep people and wildlife safe. 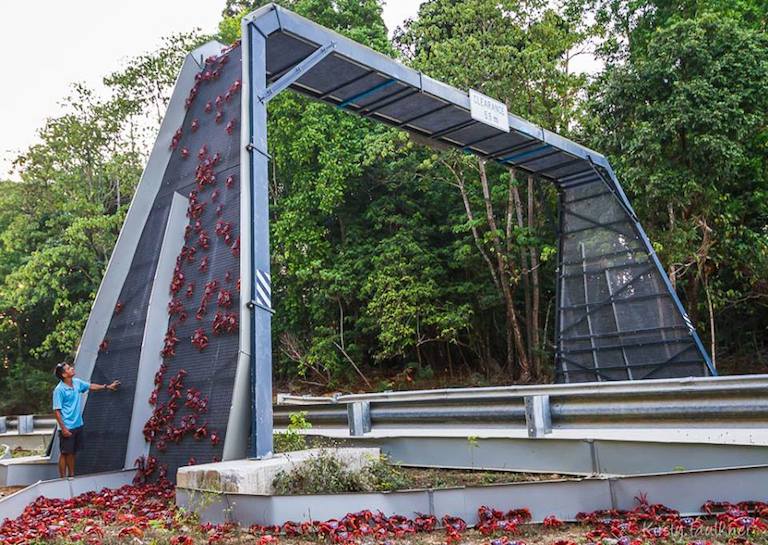 Christmas Island is home to thousands of crabs that migrate each year, and this crab bridge was built in a rather intriguing shape. Crabs are obviously much different than other wildlife, so this bridge was built to maximize the ability of traffic to pass underneath while still providing viable passage for crabs. 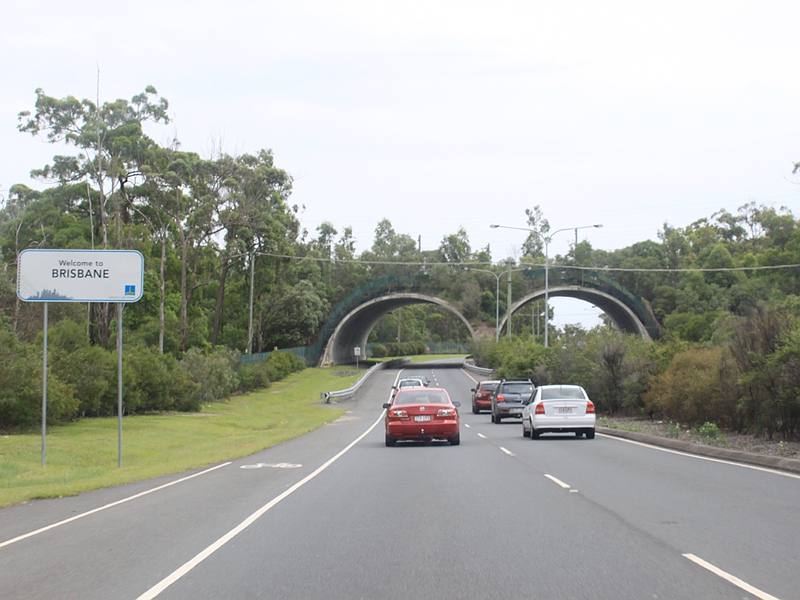 This passageway has lush greenery over top which makes it almost indistinguishable from the surrounding ground. Wildlife crossings that flow easily from the natural landscape create an easier crossing for the local fauna. 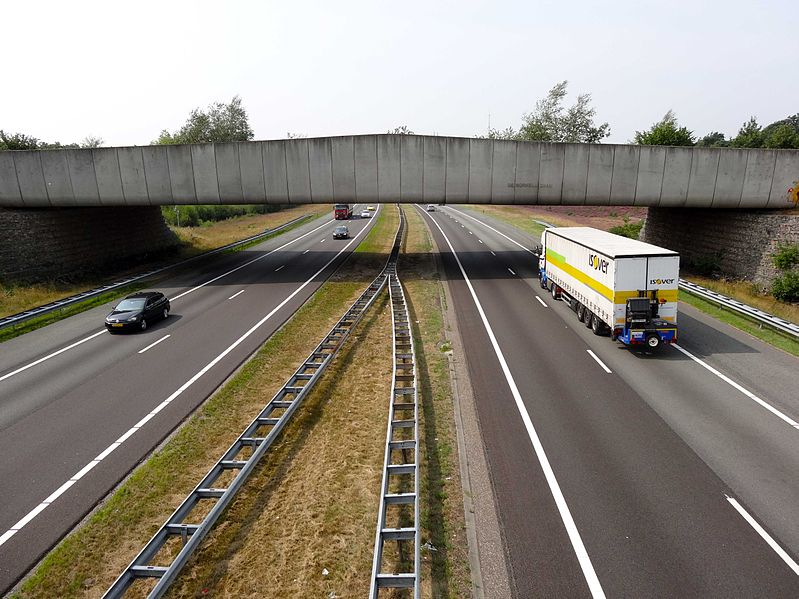 This crossing connects the nature reserve De Borkeld where the A1 passes through. When the highway was designed, great care was taken to disrupt nature as little as possible. 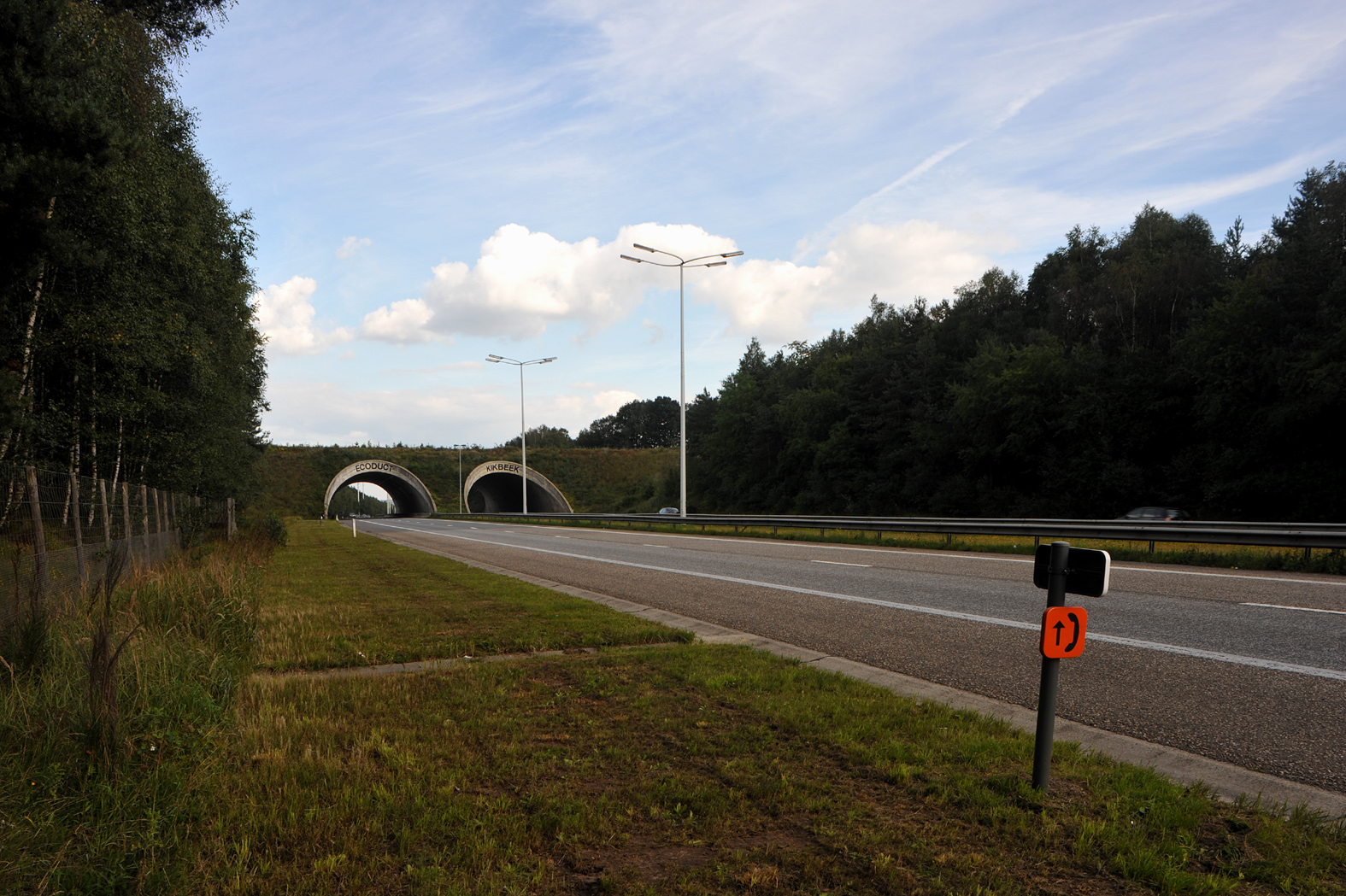 This 125-kilometer roadway crosses through 3 nations spanning many diverse environments. Designers of this crossing have intentionally kept it bare in order to allow the wildlife to recognize the crossing easier. 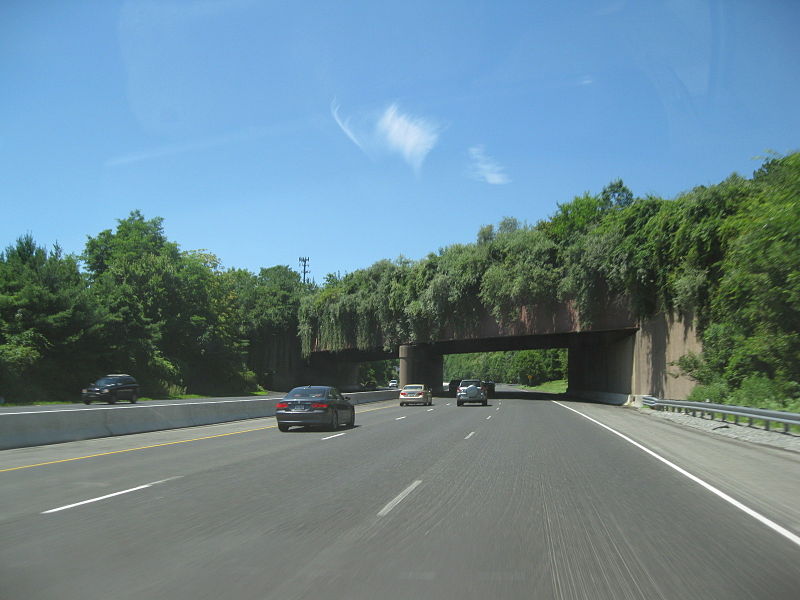 This wildlife crossing is probably the least aesthetically pleasing on the list, but it gets the job done. Spanning across Interstate 78 in New Jersey, this overgrown crossing keeps cars from striking animals and causing deadly wrecks. 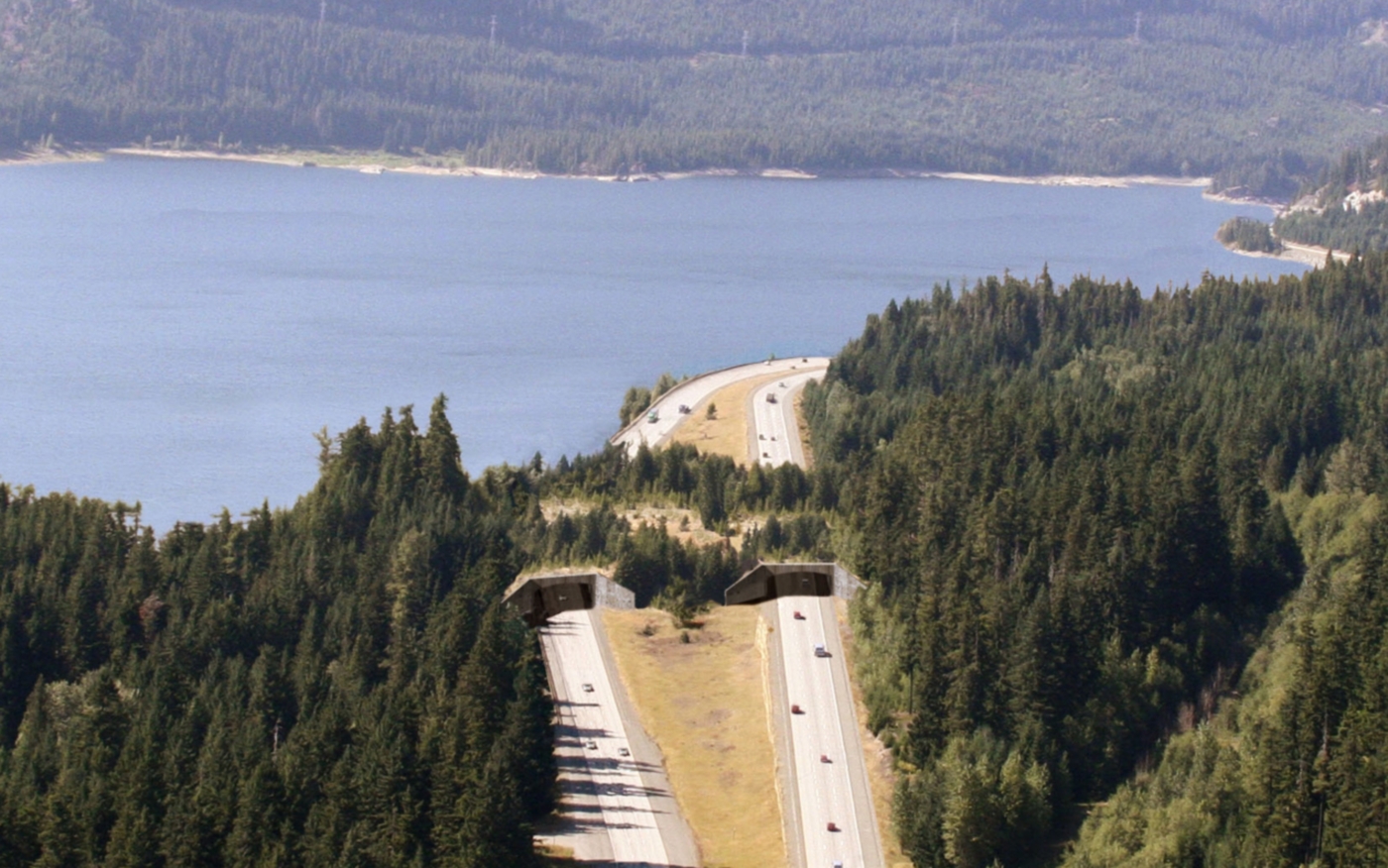 Keechelus lake is part of the Columbia River Basin where Interstate 90 runs along most of the shoreline. This location is rich in natural beauty, and protecting nature is at the forefront of the engineers in the area.

7 of the Craziest Water Slides around the World