Although we may not think about it that much, electrical engineers play a vital role in our everyday lives. They are integral to making the things in our lives work the way they are supposed to work.

Electrical engineers often work with innovative organizations, from Fortune 500 companies to small non-profits, to design new systems and improve on existing technologies. Laser optics, entertainment, communications, and computer systems are just a few of the industries that employ electrical engineers.

Want to go to a school that has one of the best EE programs in the country? College Factual has ranked colleges in the United States in terms of which ones offer the highest quality EE majors. These rankings factor in things such as educational resources, degree completion and post-graduation earnings. If you’d like more in-depth details, look at College Factual’s Ranking Methodology.

Salary data is provided by PayScale.

10. University of Texas at Austin

UT Austin, the flagship of the Texas public university system, comes in at number 10 on our list. The school was established in 1881 and first opened its doors to students in September of 1883. Since that time UT has been known as one of the nation’s best institutions of higher learning, and it has even earned the unofficial designation of Public Ivy.

The Electrical and Computer Engineering Department at UT has almost 2000 students, 70 full-time faculty and 20 part-time faculty. During their senior year, EE majors will work on a design project which focuses on solving open-ended problems submitted by industrial collaborators. This hands-on experience helps majors find lucrative career opportunities with an average starting salary of $70,000.

Founded in 1891, Cal Tech is rated as the 12th best university in the country in terms of overall quality. So, it’s no surprise that this tech-focused school has one of the top EE programs in the country. Cal Tech also has an amazing student-to-faculty ratio of 3 to 1.

The Department of Electrical Engineering at Cal Tech has an innovative curriculum for EE majors that includes multi-disciplinary activities and both theoretical and experimental research projects. The rigorous program produces highly-qualified graduates who go on to careers with average starting salaries of $71,000.

Although its name may make the institution sound like a public university, USC is a private research facility located in Los Angeles. In fact, USC is the oldest private research university in California, having been established in 1880. Since that time, the school has grown from a community of 53 students to a full-fledged campus with over 44,000 students.

The Ming Hsieh Department of Electrical Engineering has research groups in medicine, energy efficiency, machine learning and other fields. The department’s namesake, Ming Hsieh, has recently been named as one of the 2017 Fellows of the National Academy of Inventors (NAI). Graduates of the EE program are highly sought-after by employers, who pay an average of $67,000 for early career salaries.

Originally established in 1838 under the name Brown School, Duke eventually took on its current name when James Buchanan Duke established the Duke Endowment for the university in 1924. Today, Duke ranks as the fourth best university in the nation for overall quality – and it’s the top-ranked school in North Carolina.

Georgia Tech is a public research university that was founded in 1885. In terms of overall quality, Georgia Tech is one of the top 100 colleges in the country. The School of Electrical and Computer Engineering (ECE) is the largest program of its kind in the U.S. and has a diverse student population representing countries from across the globe.

EE majors at Georgia Tech have a lot of opportunities to get hands-on experience outside the classroom through research programs, study abroad programs and active student organizations. The university’s reputation for academic excellence helps graduates obtain jobs in a variety of different industries, and the average starting salary is $67,000.

Carnegie Mellon is a private research university located in Pittsburgh. The school was established in 1900 by Andrew Carnegie as Carnegie Technical Schools, and it merged with Mellon Institute in 1967, giving the institution its current name.

Engineering was one of the original disciplines at CMU, and the Electric and Computer Engineering Department has been well-respected ever since. The department has over 500 undergraduate students and over 9,000 active alumni. Recent graduates have been offered jobs at top-notch organizations such as Amazon, Apple, Facebook and Lockheed Martin. The average starting salary for an EE major is $70,000.

Established in 1891 by Leland and Jane Stanford, Stanford is a private research university located just outside of San Jose, California. In addition to being known for its EE program, Stanford is ranked 7th of all universities nationwide.

The Electrical Engineering Department was founded in 1893 as one of the first disciplines at the university. Today, the school offers B.S., M.S. and Ph.D. degrees to students from all over the world. In addition to coursework, the department provides students with many options for expanding their knowledge and experience, including an honors program, study abroad options and undergraduate research programs. The average starting salary for an EE major from Stanford is $76,000.

MIT was established in 1861 as a laboratory-focused school for applied sciences and engineering. The school is ranked 8th in the nation in terms of overall quality and, like Cal Tech, has an extremely impressive student-to-faculty ratio of 3 to 1.

The Department of Electrical Engineering and Computer Science is the largest department at MIT with over 1,200 undergraduate majors and over 1,900 graduate students. EECS emphasizes the importance of hands-on coursework and developing strong problem-solving skills. The flexible program lets students embark on independent study and research programs. This makes them even more attractive to potential employers. The average starting salary for an EE major from MIT is $77,000.

Established in 1868, Berkeley is the flagship of the University of California’s public university system. The school is just a few miles from San Francisco, making it a great place for future electrical engineers who want to network with some of the country’s leading employers. The Electrical Engineering and Computer Sciences Department is home to over 1,300 undergraduate EECS majors.

Berkeley is known the world over for its innovative research, and EECS is one of the main reasons for this. The department is connected to dozens of labs and research centers, including the Berkeley Artificial Intelligence Research Lab (BAIR). This – along with opportunities for undergraduate research, studying abroad and advanced coursework – makes Berkeley graduates very popular with employers. EE majors go on to careers that earn an average starting salary of $80,000.

If you’re planning to pursue a degree in electrical engineering, you’ll definitely want to give Cornell a second look. 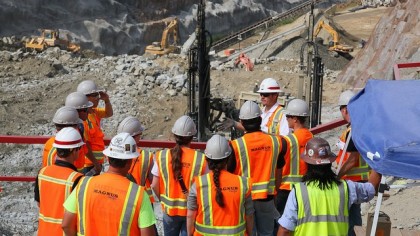 This university with the top-ranked EE major in the country was founded in 1865 in Ithaca, New York. Electrical engineering isn’t all that Cornell is known for, either – it’s ranked 6th in the United States for overall quality.

The Department of Electrical and Computer Engineering at Cornell is consistently ranked as one of the top programs in the country. Faculty and students work together to tackle some of the biggest problems in the world, and majors go on to graduate school or to take jobs at leading companies across the United States. The average starting salary for a Cornell EE major is $84,000.