We see, clearly, your interest in the subject speaks volumes about your character! Only joking, of course, we must learn from history or be doomed to repeat it. Many of the lives lost in the following projects could easily have ben avoided. But that's looking back with 20:20 hindsight! It's a sad truth that some of the greatest engineering achievements in history have been paid for with very real blood and tears. Ethics aside let us take a tour through history at some of the deadliest construction projects in history.

The following list spans fairly recent history where records are more or less reliable. We have ranked the following based on death toll but the first entry is included because of the tragedy involved. There will be many other entries that could easily replace it but, as you will see, the sheer tragedy of the event, we believe, justifies its position. We welcome your comments and suggestions for other entries on the list.

Without further ado, let's get in gear and have a look at the 10 deadliest construction projects in history! Brace yourself, some of these are pretty shocking! Look you clicked on it not us!

There are other projects with higher death tolls that could have come in 10th place but the sheer tragedy of this one puts above the others in our opinion. Can you imagine an event that kills the entire workforce in one fell swoop! Well, that's exactly what happened at Willow Island. The projects crane failed and collapsed, hit the tower which subsequently also collapsed and all 51 workers were crushed to death!

Building dams used to be a rather risky affair and like today, it required plenty of explosions and hard work, often at height. Between 1933 and 1942 the Grand Coulee Dam was under construction on the Columbia River in the US. Today it one of the largest hydroelectric dams in the United States. Tragically, most of these deaths were the result of falling from the dam! 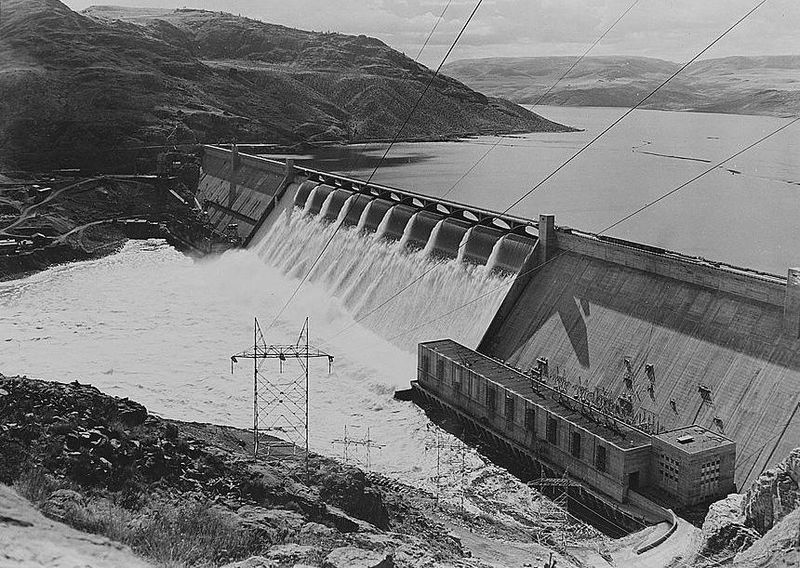 Probably one of the more famous, or infamous, construction projects in history, the Hoover Dam is an impressive structure that harnesses the power of the Colorado River. Given the scale of the project, the death toll was relatively low. Deaths were due to heat stroke, cardiac arrest and other factors related to the task at hand. Apparently, rumors of bodies buried in the interlocking concrete blocks are somewhat of a myth.

With a workforce of over 30,000 workers, only a paltry 500 or so lost their lives. Ok, that's quite a lot. The project required the diversion of the Nile river which had severe environmental and cultural impacts on the surrounding areas. Such was the scale of the project that 100,000 or so people were relocated and many precious archeological sites were lost.

This highway stretches over 1,200 kilometers and connects Islamabad in Pakistan with Kashgar in China. It is the highest elevation paved international road in the world. The road traverses some of the most treacherous and unstable mountains in the world. Owing to this it's no surprise most of the deaths were caused by landslides. This is still a serious hazard today for its many road users.

Initially intended to be a simple diversion for the New River in West Virginia, this construction project became a seriously deadly disaster for the US. Poor Health and Safety Regulations sadly resulted in many deaths from silicosis because of mining operations. Although the official number of deaths was 109 or so the final death toll is thought to be around 1000.

During the mid-1800's the US government decided to build a railway between Council Bluff and San Francisco, as you do. Nothing untoward initially except for the resultant death toll! Given the age and lack of concern for workers' well-being the official records are somewhat thin on the ground. The vast majority of laborers were prisoners or illegal immigrants so the actual death toll will likely never be known.

The White Sea-Baltic Sea Canal connects the White Sea, Russia to Lake Onega. Totaling 227 km, the project required a claimed total of 126,000 workers to complete the project. Death tolls vary between 12,000 and 25,000. Most of these unfortunate souls seem to have died through torture, malnutrition, and plague.

Death toll: Around 27,500  throughout all phases

The Panama Canal was built over several stages and ultimately became a truly international affair. The project was initiated by the French with death tolls estimated to be around 25,000 when it commenced in around 1800. Sadly, at the time, the French only recorded official deaths at their hospitals. The vast majority of deaths are attributed to fever and malaria! Poor souls!

Famously nicknamed the "Death Railway" this railroad was built by the Japanese to provide troops and supplies to Burma in WW2. Local residents and prisoners of war were enlisted to complete its construction. Estimates include around 60,000 Allied POws were "encouraged" to participate with around 12,400 making the ultimate sacrifice. Most of the losses have been attributed to starvation and brutality from captors. "Bridge over the river Kwai" immortalizes the struggle of the POWs during this horrendous period of history. Some critics go as far to say that this film doesn't actually portray the seriousness of conditions for the prisoners! Such a death toll is, frankly, incredulous. We can only imagine the circumstances of their internment.

So there you go. What do you think? Have we missed any? We welcome your suggestions and comments below. May their sacrifices be remembered for all eternity.

11+ Most Controversial Psychological Experiments in History