Sealand was actually an anti-aircraft gun platform that was constructed by the British government to safeguard the England’s coast against German’s mine-laying aircrafts during World War II.

The Principality of Sealand is located on HM Fort Roughs, built during World War II by the British government to keep a watch on Germans who were laying mines off the coast of England. Situated at about six nautical miles from the coast of Suffolk, the Roughs Tower remained in operation for some time after the war, but was abandoned by Royal Navy in 1956. While the tower remained unattended for 11 years thereafter, pirate radio broadcasters Jack Moore and his daughter Jane occupied the tower in August 1965 to set up base for the pirate station called “Radio Caroline”. But it couldn’t last longer, as Major Paddy Roy Bates occupied the tower in 1967 by evicting the pirate broadcasters with a legal help. It is after the acquisition of the Roughs Tower that the story of Sealand became interesting.

Here are 10 interesting facts about Sealand – the World’s Tiniest Country:

As explained briefly above, Sealand was actually an anti-aircraft gun platform that was constructed by the British government to safeguard the England’s coast against German’s mine-laying aircrafts during World War II. The platform spans 120 by 50 ft. supported by two large hollow concrete legs. The station was home to more than 300 Royal Navy personnel.

Occupied first by pirate radio broadcasters in 1965, the Roughs Tower seemed to be a perfect location to set the base for unrestricted pirate radio stations. Due to the ability to offer popular music, the popularity of these stations was growing and with advertisers showing interest, pirate radio was one of the profitable enterprises during that time. This is what led Radio Caroline to occupy the Tower, but the radio station couldn’t last longer as Bates took over the Fort and evicted the broadcasters of Radio Caroline.

Initially, Bates himself wanted to set up a radio station on the Tower, but new laws in the UK made it unprofitable. Eventually, Bates decided to transform Fort Roughs into his own country. Declaring himself as “Prince of Roy”, he went on to develop the constitution, a flag, currency, national anthem and even passports. While the British government tried to denounce the declaration of Mr. Bates, the Tower was in the international waters and was abandoned way back by the UK, leaving the Tower to be grabbed by anyone legally. This is what proved to be a right legal move by Bates in declaring the Fort as independent sovereignty, renaming it to Sealand.

Radio Caroline tried to take back the Fort Roughs from Bates in 1967. But, Bates along with his crew defended the invaders by firing warning shots and Molotov cocktails. When the Radio Caroline team withdrew, one man was left dangling for two hours on a ladder. Upon negotiations, a lifeboat was allowed to rescue him.

Bates’ business partner tried to take over the fort

The lucrative opportunity with Sealand kept people finding ways to occupy it and in 1978, a German entrepreneur Alexander Achenbach who drafted the country’s constitution tried to take control of Sealand. 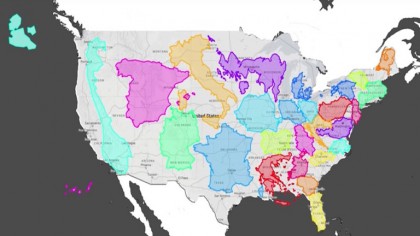 What's the Real Size of Every Country Compared to the Other?

When Bates disagreed to the plan of turning Sealand to a luxury hotel, Achenbach sent a group of armed men accompanied by a lawyer owning a Sealand passport to Fort Roughs. In absence of Bates, the lawyer and armed men took his son Michael captive to gain control of the Fort.

Michael was released after three days and was reunited with his family. To take the control over Sealand again, Bates managed to gather a team of five armed men and flew to Fort Roughs with a plan to attack at the dawn. While the situation turned extremely close to exchanging gunfire, Achenbach’s men surrendered immediately when Michael accidentally fired a shot.

HavenCo, a start-up company established a data center in Sealand in 2000 opposing the government’s censorship and internet control. They had a plan to offer data haven for customers willing to store content that was illegal in other countries. However, the company couldn’t attract more customers and most of them were online gambling sites. In 2008, Sealand shut the HavenCo website down, considering the fact that the company was hurting Sealand’s reputation.

Sealand was offered for sale through a Spanish estate company InmoNaranja at a price of over $900 million. Since it is not possible to sell a principality, the owners of the Sealand offered transfer of “custodianship”. One of the potential buyers of Sealand was the torrent file-sharing giant Pirate Bay but the company was not able to raise enough money through donations.

Although Sealand is often described as "world’s smallest country", it holds no official recognition from any established sovereign state even when Sealand’s government claims that it was de facto recognized by UK and Germany. The UN Convention on the Law of Sea clearly states that "Artificial islands, installations and structures do not possess the status of islands. They have no territorial sea of their own, and their presence does not affect the delimitation of the territorial sea, the exclusive economic zone or the continental shelf.”

Sealand has “national” athletes based all over the world

Surprisingly Sealand has its own national athletes but none of them has ever set foot on Sealand. These athletes take part in sports such as mini-golf, football, athletics and more competing outside the country. Sealand also claims that its first official athlete is Darren Blackburn from Canada who has represented the country in a number of local sporting events. In 2007, Michael Martelle also represented the Principality of Sealand in the KungFu World Cup, securing two silver-medals and becoming the country’s first athlete to appear on world championship platform. Sealand also hosted a RedBull skateboarding event in 2008.