10 of the Most Thrilling Roller Coaster Rides That Horrifyingly Stalled

Final Destination 3 is just a movie, surely it didn't spoil your thrill seeking appetite to get on a roller coaster. If it didn't, maybe these real life accounts will. This article is not meant to put you off or instill fear in you. But it should definitely help you deliberate if it's worth stepping into that two-seat coaster carriage when you visit a popular theme park this summer.

(If you're interested in how those steep loops are designed, you may want to quickly watch this video for reference.)

Unexpectedly, the Joker's Jinx roller coaster, located at the Six Flags America in Maryland, played a late and unamusing April Fools' trick on 24 riders last April 13, 2017. The roller coaster stalled 100 feet in the air at an angle of approximately 30 degrees. A total of 75 rescuers, including the Six Flags America staff, fled to the scene to conduct the rescue operation that took over three hours. The Joker's Jinx boasts a cutting-edge linear induction motor launch system that is capable of zooming riders from 0 to 60 miles per hour in just over 3 seconds. 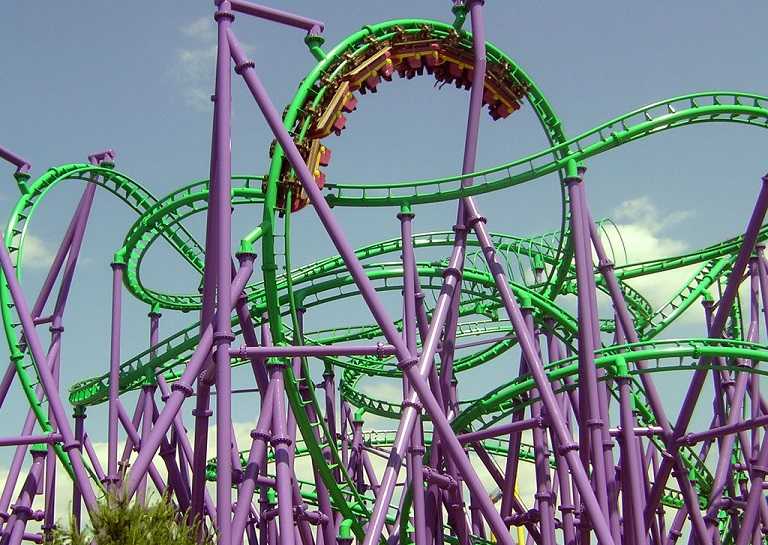 After reviewing the roller coaster's tape, experts said that the cars came to a low point, ran out of momentum and stopped. This phenomenon is called saddling or valleying, but the exact reason for why it happened is still unclear to investigators. It's not the first time the Joker's Jink stopped in mid-air. Back in 2014, the roller coaster saddled after one of the car's wheels caught debris and induced enough friction for it to come to a halt.

Regarded to as the "Black Belter of Roller Coasters", the Ninja ride at Six Flags Magic Mountain, Los Angeles got stuck 40 feet above the ground for nearly three hours. This incident happened back in July 2014 where 24 riders were trapped aboard the stalled roller coaster and 4 of them endured injuries. What, then, is the culprit in this terrifying roller coaster incident? A tree branch. It somehow managed to obstruct the roller coaster causing several cars to halt and trap the riders. According to Six Flags Magic Mountain, the Ninja is a "suspended swinging roller coaster" and that there are only four of its kind in the whole US. It zooms at a top speed of 55 mph and runs for a total length of 2,700 feet.

After an item of clothing - a poncho- got tangled in the roller coaster's mechanism, riders were left hanging upside down in their carriage for 20 minutes. 5 riders were involved in the freak accident and were rescued without obtaining any injuries. The Mumbo Jumbo in Yorkshire, England is one of the world's steepest roller coasters with two full inversions and an 112-degree vertical drop. Riders are treated with more than 3g of force as the roller coaster sets for a high-speed trip packed with twists and turns.

Stranded vertically, that's how riders of the Rip Ride Rockit ended up when they got on this monstrous roller coaster back in 2014. This rocker roller coaster in the Universal Studios in Orlando lets you choose a song you want to hear as you're ferociously dropped at a speed of 65 mph. Sounds like an awesome twist? Well, not for the riders who had to endure being vertically hung on top of the coaster's first lift. Universal Studios representatives claimed nobody was hurt in this particular incident. But the mental trauma it had caused would stay for a lifetime.

The first of its kind in the world, this roller coaster in Movie World in Gold Coast, Australia features 360-degree virtual reality experience. The Arkham Asylum roller coaster syncs visual effects with the motion of the ride for a multi-dimensional journey. However, the virtual reality experience became a terrifying encounter as 20 thrill seekers were left dangling upside down for around 90 minutes after the roller coaster malfunctioned. The fault was due to a mechanical issue with a chain. This incident happened earlier this year and nobody was reported to be injured from the unfortunate event. The highest peak of the roller coaster is 32 meters with a maximum speed of 85 km/h.

Would you get on a roller coaster if it was named Demon? Well, 23 people did and it left them trapped on top of the ride until firefighters and the theme park's personnel rescued them. Back in 1998, the Demon roller coaster in Illinois, USA got jammed as it was it was circling a loop. The 23 riders had to endure two horrifying hours of being trapped in the loop, which means they were hanging upside down the whole time.

According to Six Flags Great America, the Demon roller coaster is capable of inducing more than 6G of force as the first car is going into the vertical loop. It has a top speed of 45 mph and stretches for 1,250 feet.

It's the world's first 14 loop roller coaster but it is also known for the worst accident in the history of Alton Towers in England. The Smiler crashed in June 2015 causing severe injuries to the riders. The fatal accident was down to four human errors, which left two teenagers, at the time, with amputated legs. This roller coaster can reach a top speed of 85 km/h inducing more than 4.5G of force. We won't divulge any more information on this incident as it's quite tragic and gruesome. Let's move on.

The Silver Bullet roller coaster in Frontier City in Oklahoma malfunctioned a few days ago for the third time in just less than a year. The latest stall of the ride didn't see any passengers stuck on any carriages. However, the previous two incidents last May 2017 and June 2016 trapped a handful of riders aboard the roller coaster as it suffered a "momentary power drop", which caused a sensor to be faulty. 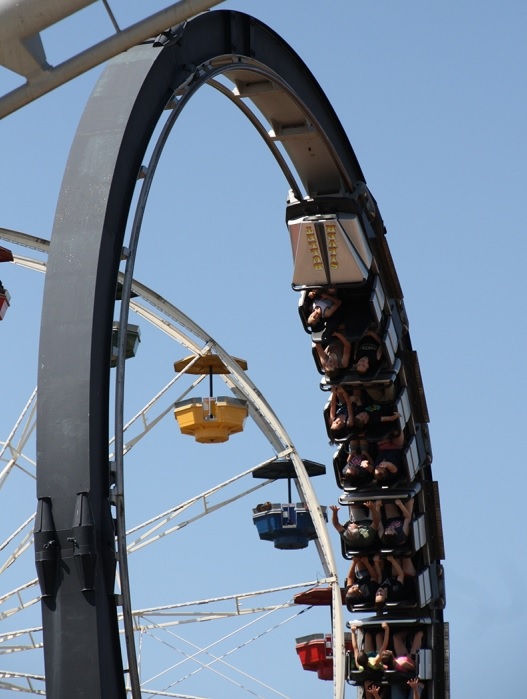 "It’s like being shot from a cannon as you rocket through this high-speed steel looping coaster", described Frontier City's website. It sounds inviting, especially to thrill seekers, but according to inspectors, the ride needs more down time between runs during hot days. This is to allow the ride to relax and prevent it from stalling again. Is it worth spending a couple of minutes on a hot summer's day aboard this roller coaster? We'll leave that question to the daredevils who are always up for a thrilling ride.

Inspired by the American racer Dale Earnhardt, the Intimidator is a 232-feet high roller coaster that can rapidly zoom at a speed of 80 mph. It's considered to be the longest and fastest roller coaster on the Southeast of America. On June 10, 2017, the intimidating tall ride got stuck for nearly 30 minutes trapping several riders. Nobody was reported to sustain any injuries, however, some thrill seekers may have second thoughts on whether to ride this roller coaster or not. It's a horrifying and intimidating thought to be stuck in one of the fastest and longest roller coasters out there.

Twist, turn, and drop. These are the three things you can expect from this intertwining roller coaster ride in Singapore's Universal Studios. The Battlestar Galactica is the world's "tallest dueling roller coaster". Last year, the mega roller coaster got stuck in mid-air due to a technical error where rescuers were called to evacuate the riders. Nobody was injured in the incident, however, it was not the first time the dueling ride stalled. Back in 2010, the roller coaster was ordered to be closed for a week as a seat fell off from its carriage during a routine safety test. It's still a horrifying incident even if it was just an empty seat.

So, which one is it then? Six Flags, Disneyland, Universal Studio, or Alton Towers? You've read the facts, it's up to you now to decide for yourself if the two+ minutes of adrenaline rush is worth it.

SEE ALSO: Have a Kidney Stone? Ride a Roller Coaster!