Even though the percentage of women in engineering is growing, there are still some things that female engineers have to deal with.

Women make up on average less than 10% of engineers worldwide so they pop right out of almost every engineering crowd.

Where Everybody Knows Your Name

Being such a minority, most of the engineering guys know your name but there are so many of them and unless you’ve worked on a project with them you likely have no idea what their names are. 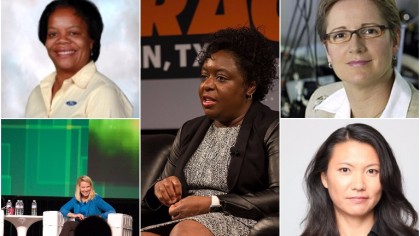 Once the guys start to get over your gender you begin to register as more of a threat. Claiming that the girls are receiving special treatment is an easy way for some guys’ to express their insecurities.

A common question in interviews is “Can you handle working with all men?” My answer is always the same “I already have.” Women in engineering have already experienced being a very small minority in school so once it ends and they enter the workforce the girls have definitely figured out how to cope.

In my experience, women in engineering have solidarity but unfortunately since our numbers are low our power to make change can be somewhat limited.

They Hired a Girl

Many companies have inclusion goals which translate to hiring a certain percentage of women and that means people you work with might assume you got the job because you’re a girl. You yourself worry that you were hired based on gender even if it was just one factor in the decision.

How Much Can You Lift?

I was asked to lift a heavy object during an interview just to prove that I could and I did it while in a skirt and heels. I also got the job.  The thing is, as a woman in engineering on occasion we need to work smart rather than strong because of physical limitations but that doesn’t mean that some of us aren’t stronger than some of the guys.

The topic comes up a lot in the form of comments. Regular ones that women engineers get have to do with their gender. Sometimes it’s a supportive “Wow a girl engineer, good for you!” and other times it’s “I bet you’ve got nice breasts under those coveralls.”