The Giant Magellan Telescope just reached a major milestone; a telescope promising to garner more insight into the Universe and its origins.

Telescopes give the world insight into the Universe around us with the aim of not just examining the countless planets and stars throughout the universe but also to gain a better understanding of the nature of reality itself. So, it is always exciting to see a new telescope to join the global community.

You should definitely have this telescope on your radar. To be constructed in the Las Campanas Observatory in Chile, the commissioning of the telescope is scheduled to begin in 2025. The Giant Magellan Telescope will have a series of features that will distinguish it from its peers, making it a powerful tool.

The GMT is a segmented mirror telescope that utilizes the world’s largest monolith mirrors as segments. 27-foot segments surround the central on-axis of the telescope creating a single optical surface 80 feet in diameter. With a total collecting area of 368 square meters, the resolving power of the telescope is 10 times greater than the Hubble Space Telescope.

Progress on the GMT has begun creating a lot of buzz and excitement in the scientific community around the world. Recently, a significant milestone was just reached with the completion of the excavation of the foundations for GMT’s massive pier and enclosure.

After this major step, the team has begun the next step of the project which entails what is known as the water package, with the expected time of completion estimated to be about 8 months. 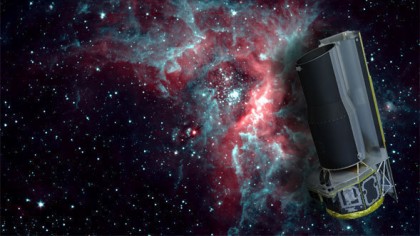 This includes the installation of water pipes and electrical conduits across the GMT facilities on the Chilean Mountain as well as the construction of a water equipment building to store, treat and distribute water from the existing Las Campanas Observatory water storage tank.

When this stage is completed the Giant Magellan Telescope construction team will move on to the construction of a temporary concrete plant on the summit, and construction of the concrete foundations for the telescope pier, enclosure, and summit utility building.

On top of this milestone, the GMT team was excited to announce that the project secured additional funding. We are excited to see how this project will continue to unfold.