Nikola Tesla was one of the most eccentric men to have ever lived and few have studied his life in its entirety.

By now most people know about Nikola Tesla's inventions. They have learned about his pioneering work in radio waves, AC current, and his artificial lightning. Nikola Tesla was one of the most eccentric men to have ever lived and few have studied his life in its entirety. Tesla possessed many bizarre character traits that have been overshadowed by his inventions. Let's take a deeper, more thorough look at this unusually gifted genius and explore some unknown areas of his life. Here's one of his quotes that's quite fitting for our times: “One must be sane to think clearly, but one can think deeply and be quite insane.” -Nikola Tesla

Most people are completely unaware of the fact that Nikola Tesla had an amazing sense of humor. People think of scientists as super dry individuals. But Tesla was an inventor first. Inventors by definition do not follow societal norms and usually have an interesting way of looking at the world. For example, after dining with writer and poet Rudyard Kipling, he wrote this to his close friend named Mrs. Johnson:

What is the matter with inkspiller Kipling? He actually dared to invite me to dine in an obscure hotel where I would be sure to get hair and cockroaches in the soup.

After Nikola Tesla had successfully created his alternating current induction motor, he presented his invention to Edison. Edison wanted nothing to do with it but he did offer him a job. Tesla improved many of Edison’s designs and developed a small dynamo suitable for ships. One day he went to Edison with plans to double the efficiency of the best dynamo. Edison told Tesla to perfect the design of the short-core dynamo and he promised Tesla, "There will be a bonus of $50,000 for you.”

For weeks Tesla worked every day from ten in the morning until five the next morning. At long last, he completed the task and asked Edison for the promised bonus.

Nikola Tesla was furious at being the butt of a joke and he quit working for Edison that very day. After this event, depression became his companion, and the only work he could find was digging ditches. He worked at this for a year. For further reading on how insensitive Edison was to Tesla, read 10 Ways Edison Treated Tesla Like A Jerk. 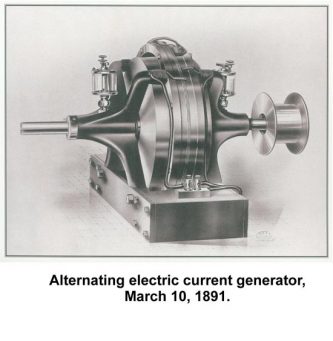 
Nikola Tesla fed pigeons in a nearby park on a daily basis. He frequently rescued injured ones and nursed them back to health in his apartment. He spent a significant amount of money on healing them. Towards the end of his life, he developed a deep emotional attachment to a white female pigeon with gray tips on her wings. He claimed that the pigeon loved him just as much as he loved her. He wrote of his pigeon, “I loved that pigeon as a man loves a woman, and she loved me. As long as I had her, there was a purpose to my life.” 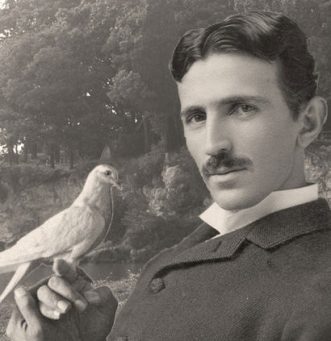 
Tesla believed that not everyone had a right to become a parent. He wrote in a 1935 Smithsonian article: "The trend of opinion among eugenists is that we must make marriage more difficult. Certainly, no one who is not a desirable parent should be permitted to produce progeny. A century from now it will no more occur to a normal person to mate with a person eugenically unfit than to marry a habitual criminal."


He believed that by the year 2100, society would have established a method of weeding out the unfit breeders. He went on to state that the reason humanity was going down the wrong evolutionary track was because of the widespread practice of pitying those who are unfit. He states, "Then man's new sense of pity began to interfere with the ruthless workings of nature."

5. Tesla Was An Environmentalist


Tesla was deeply worried about the fact that people consume the earth’s resources too quickly, so he wanted to make sure that energy was made from renewable sources. Thus he studied the ways to harness energy from water, sun, air and land. He also envisioned various ways to end poverty by making energy free and available to all people.

6. The U.S. Government Has Classified Documents of Tesla


When Tesla died, the Office of Alien Property seized all of his possessions. It eventually released most of his possessions to his family, and a few items were donated to the Tesla Museum in Belgrade. Tesla died in 1943, yet some of his personal documents still remain classified to this day by the U.S. Government.


From Wikipedia, we learn that Tesla had a wide array of obsessive compulsive routines and among them was his habit of eating dinner at exactly 8:10 p.m. every night. He also loved the number 3 and all numbers divisible by 3. He also had a habit of taking a walk around the block after eating dinner. After one time around, he felt compelled to walk around two more times, thereby making it an even 3. Tesla had a strong aversion to dirt, germs and shaking hands with people. He also hated pearls and human hair. For even more unusual traits of Tesla, read 8 Curious Facts You Didn't Know About Nikola Tesla.

8. July 10 Has Been Declared Nikola Tesla Day Of Science By Croatian Parliament 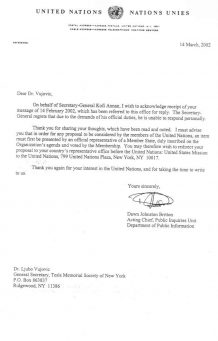 9. Tesla Intentionally Exposed Himself To Cholera

Why would the 17 year-old Tesla intentionally expose himself to a serious disease? Tesla was simply avoiding required military service, so that he could continue his studies. Though Tesla had for the most part recovered when the military doctor arrived to examine him, he managed to appear weak enough to receive a certificate of disability. After receiving the disability certificate, Tesla was free to continue his studies, which he did with a vengeance. Some of his teachers throughout his youth sent home letters to his parents stating they were afraid for his health due to his habit of over exerting himself on a regular basis.


The languages Tesla spoke were:  Serbo-Croatian, Czech, English, French, German, Hungarian, Italian, and Latin. He's considered a polyglot because he could speak more than six languages fluently. Tesla also possessed a photographic memory and used creative visualization methods when creating and perfecting his inventions. He didn't commit any of his inventions to paper until he sufficiently worked out all the details in his mind.