These museums, built inside reclaimed sites, are nothing short of architectural wonders.

The word museum literally translates to a temple for the muses and just like a temple, a museum's architecture is as fascinating as the exhibits it holds. Museums are like a world in themselves where one could get lost for hours at a stretch and still not get bored. 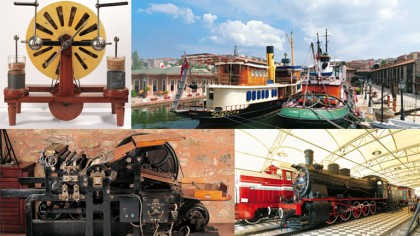 Things that would otherwise have been lost to time have been immortalized by museums and the things that are yet to come have found their tenancy. And while the millennials observe a certain lack of adventure in their lives, museums bring the adventure to us. They provide a larger than life experience and have done so ever since that first school trip.

The grand, enchanting and monolithic structure is a wonderland for those who have developed a taste for exploration. One cannot possibly undermine the importance of architecture of a museum but just in case you do, here are ten awe-inspiring museums built out of reclaimed sites that might just make you change your mind.

Wenchuan Earthquake Memorial is a memorial site located in the ancient town of Anren in Dayi County, Sichuan, China dedicated to the victims of the 2008 earthquake. It is built in the form of a ruptured landscape. The gaps provide access inside the museum and connect the entirety of the site. The walls are dramatically angled. There are outdoor sections made of weathering steel.

Located in the Kronborg Castle in Helsingør, Denmark, the maritime museum commemorates the Danish trade and shipping from 1400 to the present day. It was moved to underground premises to a former dry dock. Exhibits include model ships, paintings, photographs and related artifacts depicting the Napoleonic Wars and Danish trade with China and India. There is an abyss of an old concrete dry dock, enclosed in glass and aluminum-clad bridges and stairs, arranged in a multi-angular composition.

Built out of an underwater passage beneath London’s Thames River, the Thames Tunnel serves as the Grand Entrance Hall. A staircase now leads down into the subterranean hall at the site of the Brunel Museum that shows the construction process. It now serves as the city’s ‘most dramatic performance spaces.’

The Messner Mountain Museum (MMM) is a museum created by Italian mountaineer and extreme climber Reinhold Messner. It educates visitors about the science of mountains and glaciers, the history of mountaineering and rock climbing, the history of mythical mountains, and of mountain-dwelling people. The canopies are made of concrete and have been cast in-situ, rising from the ground to protect the museum’s entrance.

Centre for International Light Art is an art museum in Unna, Germany. It is the world's only museum dedicated to light art. The museum that used to be a brewery exhibits works by thirteen internationally renowned light artists and is built inside a red brick industrial building complex dating from the 19th century. One of the most popular exhibits is an installation of Fibonacci numbers by Italian artist Mario Merz. The light art installations are integrated into the industrial structures of the brewery's former cellar vaults.

Salina Turda is a salt mine located in the Durgău-Valea Sărată area of Turda, Romania. The ground floor contains numerous recreational attractions made from restored equipment. The museum has various attractions like an amphitheater, sports arena, ferries wheel, mini golf course, and bowling lanes.

Tirpitz Museum is also called Blåvand Bunker Museum. It is built inside an old German world war II bunker, hence the name. It features exhibitions on the Atlantic Wall, the west coast of Denmark, and an amber collection. The 2,800 m2 ‘invisible museum’ comprises four exhibitions within a singular structure, seamlessly embedded into the landscape.

The subterranean museum in Antwerp, Belgium was designed by Jon Martin as a proposed renovation for the Antwerp central station beneath the streets of Antwerp. The abandoned tunnels, closed since 1970’s have been of little attraction, except for investigators of the underground network. A cascading stair now allows visitors to enter into a large void that allows light to enter the tunnels. The tunnels are encased within an exoskeleton and display Cinematic projections within a pipe which obstructs the passage of light.

The DOMunder Museum was designed by JDdV Architects. It lies beneath Utrecht’s Dom Square and is filled with over 2,000 years worth of archaeological artifacts that have since been destroyed. It was designed using 3D modeling of the site to find the most natural flow of traffic through the ruins of an ancient tower and cathedral, revealing artifacts from strategically placed locations. When the museum is open, steel bars reveal its entrance in the floor of the square, which disappears when it’s closed.

It is the world’s best-known subterranean historical space and holds around 6 million bodies from the Cimetieres des Saints-Innocents along with a vast network of underground tunnels and rooms. Though most of it is closed to the public, the tunnels and quarries that hold countless works of street art are often used as settings for informal and often illegal events.

France Built the World's First Carbon-Negative Public Building. And It's Made of Hemp?