Earlier last year, Finolhu Villas, a Club Med resort situated on Kaafu Atoll in the Maldives, became the world’s first 5-star resort to become completely powered by solar energy. The resort consists of 52 villas constructed on the 13-acre island of Gasfinlhu. It was designed by New York architect Yuji Yamazaki, the aim being to inflict as little impact on the surrounding environment as possible.

The resort obtains its energy from 67,000 square feet of solar panels generating around 1 MW per day. This is actually more than the resort needs so excess energy is stored in a large 900 kilowatt battery array. The solar panels are completely visible to the guests, being incorporated directly into the design with some of them forming part of a covered walkway that extends out into the sea. The resort expects the system to pay for itself within eight years.

It sounds very impressive, and it is. However, Finolhu Villas is by no means the only project to have achieved 100 percent renewable energy generation. All over the world, companies, cities and even entire regions are attempting to replace fossil fuel generation entirely by renewables, and many of them are succeeding.

The mountainous region of Carinthia in southern Austria uses renewable energy generated from local hydro power and the electricity sold by its utilities is completely renewable. It also uses biomass for 70 percent of its heating, with a goal to boost this level to 100 percent by 2025. Carinthia’s transport networks are currently only 12 percent renewable, but there is a target in place to reach the 100 percent level by 2035. 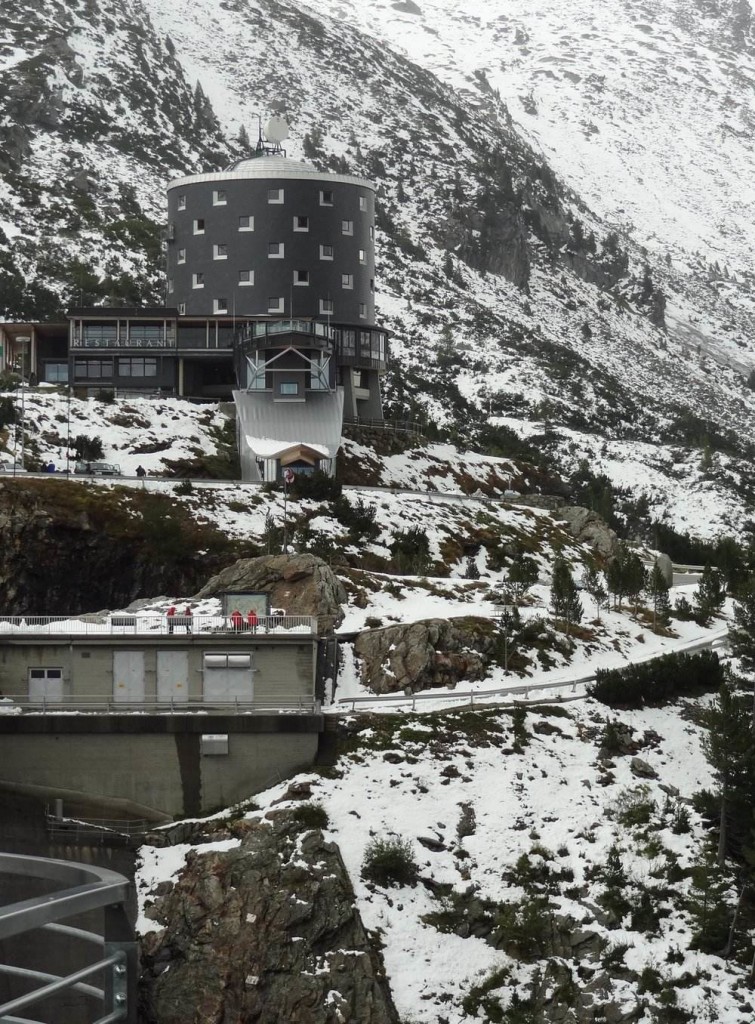 In Turkey, the governate of Bozcaada, an island in the Aegean Sea in the Province of Canakkale, has more renewable energy than it actually needs. The process of transition towards renewables began in the year 2000 when Demirer Holding started operating a wind farm on the island consisting of 17 Enercon wind turbines with a total installed capacity of 10.2 MW. This facility generates enough power to supply 17,500 households – 30 times the energy consumed by the island itself. An experimental renewable energy installation has also been established on the island, constructed by the International Centre of Hydrogen Energy Technologies of the United Nations Industrial Development Organisation (UNIDO-ICHET). This consists of 20 kilowatts of solar PV, 30 kilowatts of wind and a hydrogen electrolyzer with enough storage capacity for 60 kilograms of hydrogen. The electrolyzer can convert the stored hydrogen to electricity using a 25 kilowatt fuel cell and a 35 kilowatt hydrogen gen-set engine. This enables the supply of round the clock electricity for the equivalent of 20 households.

The European Union (EU) has an agreement in place setting out a roadmap for 100 percent renewable energy by 2050. This was launched in 2012 and it has been signed by hundreds of companies, politicians, cities and regions. According to the roadmap document, a European energy system based exclusively on renewables and energy efficiency would cost no more to build than one based on fossil fuels and nuclear. It would also create hundreds of thousands of high value clean energy jobs across the region.

The City of Palo Alto in California converted to 100 percent renewable electricity in 2013, following a vote on the matter by the City Council. The electricity is generated by a combination of onsite renewable energy facilities, contracts with renewable energy generators elsewhere and a system of renewable energy credits. The city, which has a population of around 63,000 people, followed a 100 percent electricity plan established by the Department of Utilities and by 2011 more than 6,000 people has signed up to this. The utility then began purchasing Renewable Energy Certificates (RECs) – credits representing the production of 1 MW of renewable electricity. These were then purchased by utilities which are owned solely by the City. The electricity generation represented by the RECs primarily comes from wind power projects in the Pacific Northwest but the program also obtained electricity from four solar PV projects within the city itself that were funded and are owned directly by the City. Some of the electricity is also generated by renewable gas obtained from landfills. 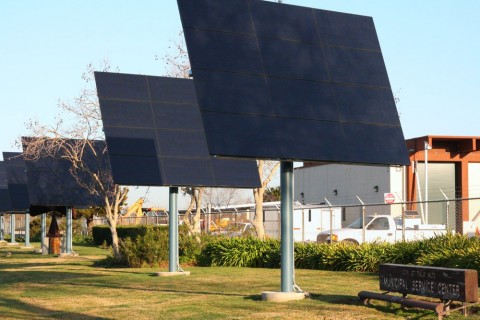 Customers enrolling in the plan agreed to pay a slightly higher electricity rate but in return each household manages to avoid about 9,500 lbs of carbon dioxide emissions per year. The vast majority of those signed up to the plan were residential customers (95 percent) with the remaining 5 percent being commercial customers.

Palo Alto is aiming to substitute all its RECs with long-term renewable contracts and hydro supplies from 2017 but will be relying on RECs until then. The average cost to customers of achieving this is less than $3 per year.

Another California city, San Francisco, has its own plan to go 100 percent by 2020, announced by outgoing city Mayor Gavin Newsom in December 2010. An implementation plan was developed, funded by a $250,000 grant from the Sidney Frank Foundation. Incoming Mayor Edwin Lee subsequently established a Mayoral Task Force to advise the City on how this plan could be achieved. The task force was headed by the San Francisco Environment Department and included local renewable energy executives, key stakeholders and various City departments. It released a recommendations report in 2012 which established six key strategies for implementation of the plan. These consist of policies on energy efficiency, local renewable energy, providing access to that renewable energy for tenants, renewable energy purchasing options, private sector investment and expansion.

The city will increase its energy efficiency by promoting energy audits and retrofits, integrating green building and energy labeling, tightening building code requirements and strengthening retrofit on resale rules. Local renewable energy will be encouraged by streamlining solar permitting and providing online permitting with funding for a local rooftop solar incentive program (GoSolarSF) and support for net metering. Feed-in Tariffs will also be available for local renewables under the City’s CleanPowerSF plan. Renewable energy will also be integrated into the distribution grid.

Private sector investment in renewable energy will be encouraged by expanding renewable energy financing and reducing its cost. This can be achieved through low-interest bonds, crowd funding, project aggregation in group buys, engaging pension funds in clean energy investment and various other measures. Finally, the City will endeavor to expand access to local renewable energy wherever possible.

This is just a small insight into what is happening globally with regard to 100 percent renewable energy initiatives. According to the Go100% Renewable Energy website, at least 8 countries, 55 cities, 61 regions, 9 utilities and 21 non-profit, educational and public institutions are driving forward 100 percent renewable energy plans, representing a total of 54.9 million people around the world.