Ballistic gel is used as a human substitute in all kinds of situations where it would be too dangerous for a human to pose as the test subject. You are probably familiar with it from watching your favorite episode of Mythbusters but it is often used to test the penetration abilities of projectiles or greater understand how a human may be injured by something. The gelatin maintains about the same density and resiliency of human flesh and muscle, making it a perfect stand-in. Besides ballistics testing, the gel can also be used to test the amount of voltage and current a human could withstand. Below, a testing company goes through testing different voltage levels on ballistics gel, and it gets pretty intense. The video is a little long, so feel free to skip around (more extreme voltage towards the end).

The Youtube Channel Photonicinduction was asked to test the limits of ballistic gel for a company, and boy did they do it. After stepping up the voltage several times, they were able to supply 100,000 volts directly into the gel which quickly melted from the heat. This is definitely one of those videos where we need to say you should NOT try this at home. It's really unfortunate that I need to make that statement but . . . someone's still going to shock themselves, I promise.

Even with all of the equipment that this man has set up, all it would take is a stray arc of electricity to stop his heart. Electricity is no joke. It is, however, super fun to watch melt and shock things. 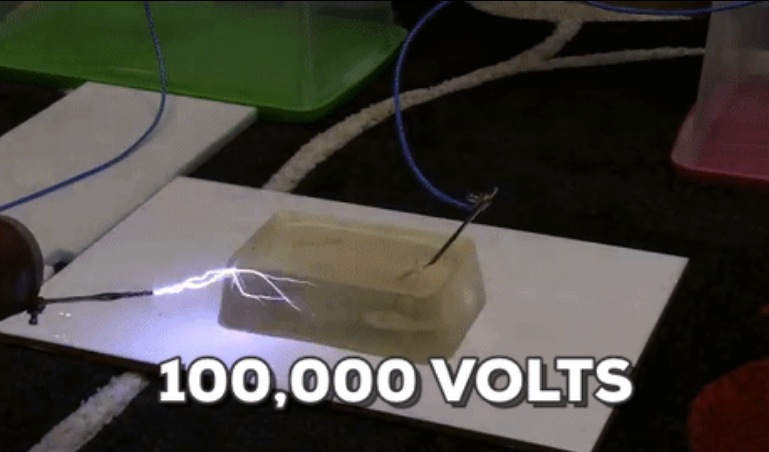