Chances are you have a little more free-time at home. It is time to play some of your favorite classics.

Going through a list of your favorite video games is a great way to kill time during this global quarantine. One of our favorite genres in the realms of video games has to be science fiction, games that take players to near or distant futures, that highlight imaginative technology and engineering, and that tackles a wide range of philosophical ideas. Just like in film and television, the science fiction genre in games plays a special role in pop culture. Science fiction video games allow us to actively explore some of the leading tropes, and heady philosophy usually presented in the genre with a healthy side of action.

If you still have yet to find a great science fiction game, today, you are in luck. We are going to explore some of our favorite games that will draw you into their futuristic worlds and help you forget about being locked in all day. There are a lot of enjoyable video games out there, ranging from massive AAA titles to indie hidden gems. 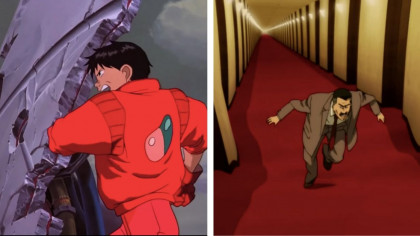 Today we are going to focus on games that have changed the way we play, which have changed our overall expectations from games and that have made a significant impact on pop culture. Nevertheless, all these games share some or all of the qualities of a great story, a memorable art style, and fun gameplay.

If you are worried that playing games 12 hours a day will turn your brain into mush, do not worry. The old cliche of video games being bad for you has been disproved with science. Before we jump into the list, let’s look at how videogames can be more helpful than harmful in the long term.

Playing videos games could be good for you

Whether you are a young kid or an adult with a young heart, games provide a fun and social form of entertainment. However, it goes far beyond that according to researchers, improving one's mind and body. In one study conducted by the Max Planck Institute for Human Development and Charité University Medicine St. Hedwig-Krankenhaus in Berlin, researchers found that playing video increases grey matter and helps refine learned and hardwired skills. In short, playing video games directly affects and impacts regions of the brain responsible for memory, spatial orientation, information organizations, and fine motor skills.

How else can video games improve your health? A 2012 study, published in the American Journal of Preventive Medicine, even stated that video games could be good for pain relief, also reducing anxiety and chronic pain from medical procedures. While another study pointed to 3D video games increasing memory capacity. Researchers stated, "Because of their engaging experiences and enriching 3D virtual environments, the same video games that have been played for decades by children and adults alike may provide our brain with meaningful stimulation”. So, if you are worried about spending too much time playing one of these science fiction video games while at home, don’t. It could even be beneficial to your health.

Recommendations: You can download the game right off of the Nintendo store.

If you were a 90s kid, rather than settling your problems on the playground, you would handle your issues in the Star Fox 64 arena. If you were to revisit this game right now, it would still be tons of fun. The graphics, story, and gameplay are enough to get you hooked.

The science-fiction game is a 3D scrolling shooter game centered around the enigmatic Fox McCloud and loyal team members. Players pilot the sleekly designed Arwing on a host of missions across space. The game itself offered players the opportunity to complete missions in multiple different ways, something unique for its time.

Recommendations: Some fans of the game argue that the sequel to this game is just as good or even better.

Star Wars is one of the most successful science fiction franchises in history. Yet, great Star Wars games are hard to come by.  Ask any Star Wars fan what their favorite Star Wars game is and Knights of the Old Republic is sure to be in their top three, if not already their all-time favorite video game.

Recommendations: If you want to try out the classic game stop by here.

Entering the market in 1978, Space Invaders is one of the first commercially successful video games. Created by Tomohiro Nishikado, the game took direct inspiration from science fiction classics like Breakout. The War of the Worlds, and Star Wars. The game was considered one of the best science fiction originals, influencing various aspects of pop culture.

The game may not be complex or feature an over the top story, but Space Invaders paved the way for some of the best science fiction games in the genre. If you want to take a look at where it all started, be sure to take your time to download the game on your mobile device or find it for free on the internet.

Recommendations: After completing Half-Life, be sure to take a look at the better sequel Half-Life 2.

Half-Life is on everyone’s top 10 list, with its sequel probably being in the top five science fiction games of all time. Developed by Valve and published by Sierra Studios for Windows in 1998, the video game was far ahead of its time giving us the legendary Black Mesa laboratory, hostile aliens, Gordon Freeman, and the G-Man.

The game was praised by critics and players alike for its graphics, realistic gameplay, and seamless narrative. Half-Life is considered one of the most influential first-person shooter games in history.

Recommendations: If you are going to jump right into Halo 3, Halo 4, or Halo 5 watch a few videos about the overarching story to get maximum enjoyment.

When Halo first entered the market it became THAT game that everyone talked about eventually making, the protagonist, Master Chief, one of the most recognizable characters in gaming history on par with characters like Pikachu and Mario. You have probably played Halo at some point and probably have a very strong opinion about the series.

Originally developed by the legendary Bungie Studios, the series centers on an interstellar war between humanity and an alliance of aliens known as the Covenant, a story that will have you captivated from the beginning to the end. The science-fiction game was revolutionary for its balanced first-person shooter experience and focus on multiplayer. You don’t have to go far to see Halo’s influence.

Recommendations: Start with just BioShock and BioShock Infinite. BioShock 2 had very little to do with the original studio.

Every BioShock game in the series is a wild ride from start to finish. BioShock does something very different compared to other video games on this list. Though the science fiction genre is great for tackling philosophy, most games fall short. Bioshock beautifully weaves relatable and potent philosophy throughout its story and gameplay, with the first BioShock being a dissection of Objectivist beliefs.

The science-fiction game is filled with a good amount of horror and unique gameplay. Even more so, the game’s moral choice system will have you examining your selfishness and choices. There is no other first-person shooter quite like this. Start with the first BioShock game and jump to BioShock Infinite.

Recommendations: Try out the legacy collection and then jump right into the Mega Man Battle Network series.

Mega Man is one of the classics you have to revisit every so often, with each iteration offering gamers different insight into the Mega Man mythos. Those of you who have played any of the Mega Man games probably enjoyed the series for its anime-inspired designs, fascinating futuristic story, and ridiculous almost anger-inducing difficulty. Not to mention almost every game in the series has a phenomenal soundtrack.

Recommendations: Playing Deus Ex on a PC for maximum experience.

Some people have argued that Deus Ex is a game for those who love the cyberpunk genre, going as far as to say that if you have ever enjoyed Blade Runner, you should play Deus Ex. With a plot centered around conspiracy theories and secret organizations vying for world domination, the science fiction game will have you hooked. The game features some of our favorite technologies like artificial intelligence, and nanoscience. The gameplay itself is a healthy mix of a role-playing game, a first-person shooter, and even has some exciting stealthy elements.

Recommendations: Play the full Dead Space trilogy. However, some say that Dead Space 2 is the best game in the series.

Dead Space is one of the few horror games that have great gameplay. When the shooter science fiction horror game first entered the market it scared and thrilled a lot of players with its atmospheric setting, unforgettable jump scares, and great overall plot. Visceral Games took everything it knew from Alien, Event Horizon, The Thing, and Doom to create a game with a lot of great replayability that gamers have been talking about for years.

Recommendations: The full trilogy is worth your time.

The ultimate space opera, Mass Effect is another one of those games that are sure to make everyone’s list. The developer of Bioware took a lot of the great aspects of the Knights of the Old Republic and put it in an original story. The great voice acting, vast universe, cool weapons, and engaging plot on an epic scale makes this game a great series to dive into and revisit.

Mass Effect is one of those video games that has a massive passionate fanbase. If you know anyone who has played the game, they will probably do everything they can to convince you why you should play the game and why the ending to the series was not that good.

Doom was originally one of those games that made waves for its metal over the top first-person shooter experience that merged religious ideas with futuristic technology. Doom Eternal has just been released but if you have not played the Doom series yet, we recommend checking out Doom 2016 to prepare for the game.

Doom is intense throughout the gameplay and has a killer metal soundtrack. Doom is just one of those first-person shooters you have to play at some point in your life, as the development team behind Doom has influenced the gaming industry for decades.

What games do you think should be on this list? What games are you playing while locked in at home?

5 Companies That Did Video Games Differently in 2019