These 11 creative examples prove team building exercises don't have to be awkward and uncomfortable.

Working as a team isn't always the easiest thing in the world, but it's something many of us have to do on a day-to-day basis. 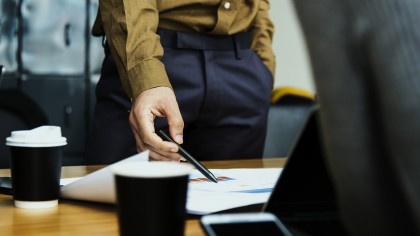 What Makes You Happy at Work? 15 Habits to Take Up to Make Your Day Better

Sometimes all it takes is a really great team leader to unite everyone, and give them the confidence and trust to give a project their all.

Motivating people like this is no mean feat, and a lot of leaders get pretty creative when finding ways to get the best out of their teams.

Here are just some fun and creative ways that team leaders have gotten their teams to band together and give it all they've got.

How often do you compliment your colleagues on their work? How many times do you wish someone would notice the hard work you do every day? This Redditor outlined the thoroughly wholesome team bonding exercise of "showering".

Basically, everyone is required to pay everyone else a compliment. It's a simple and effective way to boost everyone's esteem and sense of togetherness, and it costs absolutely nothing. It also gets team members to reflect on theimportance of everyone else's work, and not just their own.

2. Breaking Down Walls: Trusting Others to Lift You Up

Sometimes it's hard to work as a cohesive team if you're unsure about who has your back. One great way to break past this barrier is to literally support and uplift one another.

As told by this Redditor, their team leader organized an event where the entire team had to help one another up and over a wall. Once your colleagues have helped you to overcome a physical obstacle, you're pretty much guaranteed to trust them when it comes to overcoming anything else that comes your way.

Advertisement
Comment from discussion What was the best and most fun team building activity you participated in?.

3. Sharing Secrets: Open Up and Be Vulnerable

Breaking the ice is always the hardest part. Once you get over that initial hurdle, things can settle into a pretty comfortable routine. To get his students over those first couple of jitters, this professor came up with a genius plan.

By sharing crazy moments of their lives, the students were able to make themselves vulnerable and trust in one another. They probably also heard some pretty hilarious stories in the process. There's no better way to get to know someone than learning about their crazy past.

4. Write It Out: Getting Your Message Across

Talking things out face-to-face can be tricky, and isn't always the most comfortable situation for people. Instead of having some awkward conversations, you can always do what this team leader did and encourage the team to write each other cards or notes.

The cards don't necessarily have to be complimentary, but they certainly shouldn't be overtly negative. It's a gentle way to bridge the gap between team members, and get everyone to bond over a shared experience.

Comment from discussion [Serious] What are the best team building or bonding activities you've done with coworkers or your team?.

5. Leading the Blind: A Real Game of Follow the Leader

Trusting in someone else's vision and direction can be the hardest part of any job. Sometimes you just need to have faith in your colleagues, but that doesn't come easy. To combat this, one team leader had his team lead each other blind-folded through a "minefield".

Just construct a simple obstacle course, and have a select few team members be blind-folded and guided through the course by their comrades. This way they'll trust the instincts of their team, and the ones guiding the blind will have to work together to give the best possible directions.

Advertisement
Comment from discussion What is the best team-building activity you have ever taken part in at a company picnic?.

6. A Good Offensive: A Great Way to Learn More About Each Other

Sometimes all you need to do in order to unite people is to get them to play a game. And what better game than Cards Against Humanity? The offensive card game allows team members to really get to know one another's senses of humor, and to find out what makes each other tick.

It might not be to everyone's tastes, but it's certainly a quick and enlightening team exercise. Why not grab a deck and see how twisted your colleagues can really be?

7. Building Together: Helping Each Other and the Less Fortunate

With work becoming increasingly digitized, it's often difficult for us to feel like we're working together in a real, physical sense. To make up for this, one team leader got his team to knuckle down and work together on building bikes for those in need.

To really up the ante, team members could only use their non-dominant hand. This meant they had to rely on one another more, and be more communicative over the course of their work. This can easily open up avenues for carrying on that same communicative helpfulness in an office environment.

Comment from discussion What is your favourite team building activity?.

8. Playing With Physics: Bonding With an Engineering Twist

Another great building exercise is one that allows groups to get a little bit competitive. For this challenge, the team had to be divided into groups and build trebuchets. Whoever built the trebuchet that could propel an object the furthest was the winner.

This is a great way to get engineers and others working together, as they can use their skills in a fun environment while learning more about one another. Plus, who doesn't love firing stuff out of a trebuchet?

Advertisement
Comment from discussion Managers of Reddit, What are some good games/team building activities to do in team meetings ?.

9. Leaning On Each Other: Giving Real Physical Support

We're all probably familiar with those clichéd trust fall exercises. If you want to get really hands-on to get the best out of your team, why not do what this team leader did and get everyone to lean on each other.

Make sure everyone is supported, and can carry the weight of one another. It's a useful trust exercise that gets everyone working together as a team. Because if one falls, they all fall.

10. Telling a Story: Get Talking and Collaborating

Ice-breakers are difficult, and people can be hesitant to open up about themselves. That's why this team leader got the team to work on something less personal - a fictional story that they could all work on together.

Writing a piece of fiction together is great, because it allows the team to get to know one another's senses of humor, and gives them a feeling of accomplishment. If the team was divided into groups, you can have every group read their story aloud at the end to really bond everyone.

It's nice to know that you're being appreciated by your team. This exercise allowed team members to quietly give one another a sense of validation in a way that wasn't awkward or forced.

Sometimes all anyone needs in order to work as an effective part of a team, is the knowledge that they're a valued contributor. When everyone is reassured that what they're doing is noticed and important, they're more likely to give it their all and work for the betterment of everybody else.