Since antiquity mankind has used some form of cipher to encrypt and protect messages. These 11 are some of the most important.

Ciphers, codes and other encryption methods have been used throughout history by most civilization in some form or other to prevent non-authorized people from understanding messages. They have increased in sophistication considerably throughout history and are commonly in use today.

1. The Caesar Shift Cipher Was Used By the Roman Army

Where It Appeared: Roman Empire

When It Was Cracked (if applicable): Unknown - Likely between 5th and 9th Century AD

The cipher was named in honor of Julius Caesar who, according to Suetonius, used it to encrypt military and other official messages.

As the majority of Rome's enemies were illiterate at this time the cipher remained secure for a time. By the 9th Century AD, after the fall of Rome, records exist of methods to crack it using frequency analysis from Al-Kindi.

2. Scytale Was A Simple Cipher Used By The Spartans

When It Was Cracked (if applicable): Unknown - But known about by Plutarch (50-120AD)

Scytale was an ancient form of encryption commonly in ancient/classical Greece. It is a form of transposition cipher where letters are re-arranged in the messages prior to being deciphered by the recipient.

This method involved the use of a cylinder around which a parchment was wrapped and the message written onto it. The recipient would use a rod of the exact same dimensions to read the message.

Given its simplicity, it was easily decipherable by the enemy too.

Its First Appearance: Circa 440BC

Where It Appeared: Ancient Greece

Steganography is a method of hiding messages 'in plain sight' by camouflaging it as something else. The earliest recorded use of this form of 'encryption' was described by Herodotus in his Histories.

He describes how Histiaeus sent a message to his vassal, Aristagoras, by shaving the head of his most trusted servant, "marking" the message onto his scalp, and then letting the slave's hair regrow. The slave was then sent to Aristagoras and ordered to once again shave his head.

This method can also be used to hide files or other messages within other files or messages.

4. The Pigpen Cipher Was Used by The Masons

Its First Appearance: Unknown - Perhaps before 1531

The Pigpen cipher, as known as masonic or freemason cipher, is a geometric simple substitution cipher. It uses symbols to encode the letters within a message.

It is encoded and decoded by producing a grid or set of grids to produce the subsequent symbols.

Where It Appeared: Germany/Nazi Germany

When It Was Cracked (if applicable): It varies depending on the source - between 1941 and 1945

The term 'Enigma Code' is generally understood as the cipher device used by German forces during WW2 to encrypt their transmissions. 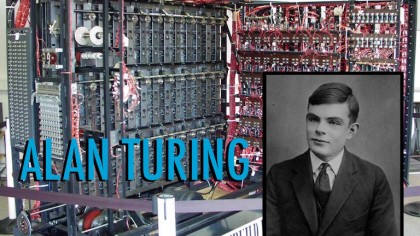 Enigma machines were invented by the Germans towards the end of the First World War and were then adopted by various militaries around the world.

During the Second World War, different military services developed their own encryption keys that would often be changed daily. As the allies cracked the codes the Axis forces would be forced to change them - only to have them cracked again.

A primary example of this 'code arms race' was the different phases of the success of German U-Boat 'Wolf Packs' during the Battle for the Atlantic.

The brunt of the deciphering work was conducted by Polish code breakers and famously, Alun Turing and his team at Bletchley Park with his Bombe Enigma cracking machine.

6. The Playfair Cipher Used Pairs of Letters For Encryption

Where It Appeared: England/United Kingdom

When It Was Cracked (if applicable): It was still in use during WW2 but gradually replaced from 1914 onwards.

First developed by Charles Wheatstone in 1854, the Playfair Cipher was named after its promoter, Lord Playfair.

This form of encryption uses pairs of letters rather than single letters in simpler substitution ciphers making it much harder to break.

Until Leon Battista Alberti devised his polyalphabetic cipher in 1467 most ciphers could be solved using frequency analysis. His method uses various substitution sources for different parts of the message.

This marked the biggest improvement in cryptology since ancient times, earning him the title of "Father of Western Cryptology". At least according to David Khan.

8.   The Vigenère Cipher Should Be Called The Bellaso Cipher

When It Was Cracked (if applicable): Decryption technique published in 1863

The Vigenère cipher is now widely accepted to have been originally created by Giovan Battista Bellaso (an Italian Cryptologist). It was later misattributed to Blaise de Vigenère in the 19th Century, hence its current name.

It encrypts text using a series of interwoven Caesar ciphers based on a keyword. It is, therefore, a form of polyalphabetic substitution.

Where It Appeared: IBM, The United States of America

When It Was Cracked (if applicable): It was replaced by AES in the early 21st Century

The Data Encryption Standard (DES) was devised by IBM (based on earlier work by Horst Feistel) during the 1970's. It is a symmetric key algorithm used for the encryption of electronic data.

10. Public-Key Cryptography Was An Official Secret For 27 Years

Where It Appeared: United Kingdom

When It Was Cracked (if applicable): It was declassified in 1997

Public Key Cryptography was first conceived by James H. Ellis in 1970 whilst working as a cryptographer for the GCHQ - but he soon ran into problems trying to implement it. His work was improved upon in 1973 by Clifford Cocks who developed RSA encryption algorithm.

Later adapted by Malcolm J. Williamson in 1974 this method of encryption was also used by the NSA and would remain a secret for 27 years until it was declassified in 1997.

Where It Appeared: United States of America

AES, also called Rijndael, is a modern form of encryption of electronic data that was first published by the U.S. National Institute of Standards and Technology (NIST).

It has since been adopted worldwide.