11 European Union countries will provide funding for a plan that aims to find the balance between granting authors copyright protection and providing open access.

As the second wave of the digital era continues, innovations such as artificial intelligence (AI) systems are carving even more new areas. However, one of the challenges has been finding creative solutions for offering training and preparation to the world's next generation of scientists and engineers, young people who will take the reins from the current group of industry leaders.

There have been some efforts in recent years such as ANSYS Software providing its packages for free to engineering students, or the appearance of products on the market that teach children coding. Still, however, more investment from the public sector is also needed.

One example of a government initiative, however, comes in the form of a recent announcement for plans to provide open access to scientific information. Named cOAlition S, it includes a total of 11 European Union (EU) countries which will provide funding for the joint effort: Austria, France, Ireland, Luxembourg, Norway, Slovenia, UK, Italy, Netherlands, Poland, and Sweden.

"Open Access to research results is foundational to the scientific enterprise."

About the far-reaching impact the plan will have, Marc Schiltz, president of Science Europe, a Brussels-based association founded in 2011 which includes the Research Performing Organisations (RPO) and European Research Funding Organisations (RFO)Science Europe, said: "Open Access to research results is foundational to the scientific enterprise. I am glad that a core group of research funders, driven by their collective duty of care for the science system, have committed to take a decisive step to change the situation." 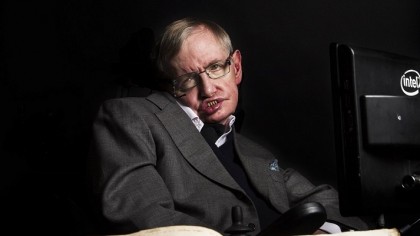 The plan was formally made public on Tuesday of this week by. Behind the project is also a mission statement which expresses a strong commitment to the value of providing equal access for all:

Translating the project into reality

The philosophy expressed behind the statement means that a clear and ambitious target has been set, which most likely will motivate the key actors involved to keep the project on track. This will also signal an end, or at the very least major revision, to the journal publication system that is currently in place. The buildup to the announcement made this week involved lots of discussions, as well as lots of uncertainty from people on both sides of the debate. After all, the restrictive paywall system itself is at stake.

"There has been enough nice language and waiting and hoping and saying please. Research communities just aren't willing to tolerate procrastination anymore." https://t.co/JNhzq1bMGU #cOAlitionS #OpenAccess by @martinenserink for @sciencemagazine

It seems that the response to the efforts have been largely positive, although some who express disagreement focus more on feasibility and the transition time involved in launching and implementing this project--the target date for full implementation is January 1, 2020. Anticipating this, Science Europe created and published a list of principles that will help with the transition.

This open access project seems ready to move forward, and the hopes are that the actions of the European community will trickle down to all other regions of the world, creating a global shift in the way that scientific information is shared.

UK Entrepreneur Makes Diamonds Out of CO2 in a World First

Artemis I Moon Landing Scheduled for 2024, Crewless Missions in 2021