11 of the Most Beautiful Metro Stations Across the World

Take a gander at these amazing metro stations and all the beauty they offer train passengers each day.

Maybe you have had a few bad experiences with metro stations in the past. Traditionally, metro stations are not the cleanest or even the safest places to visit. From the unwanted rodents to the smell of urine, realistically you would probably not look at your local metro stations to find any hidden beauty. Yet, you may be pleasantly surprised.

From Sweden to Taiwan, there are countless Metro stations that could rival some palaces or art galleries, designed to give people a nice visual treat as they board the train to and from their day jobs. 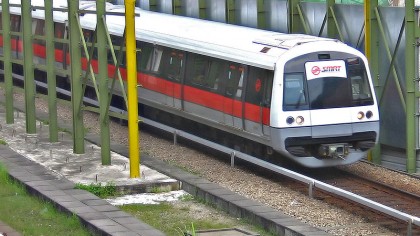 If you are lucky, you might find a metro station covered in memorable murals, starry lights, and even the occasional projection.

If you are longing for a nice metro station to take your mind off of the bleakness of your commute,  this list is for you.

Found in the famous Toledo station in Naples Italy, this metro station is one of the most famous in the world. Buried 50 meters under the Naples underground, the station features gorgeous lights that project themselves across the station.

Created by the artists Robert Wilson and the Spanish firm of Oscar Tusquets, the Light Panels make pedestrians feel as if they are walking on some exotic planet in another galaxy.

Komsomolskaya Station could rival a czar’s palace with its decadence and elegance. Designed by Dmitry Chechulin, the metro station derives its beauty from its Neoclassical origins. Inside the station, visitors are greeted with high ceilings and stunning chandeliers paired with famous wartime mosaics. The subway station could double as a ballroom.

Probably one of the most decadent stations on this list the Dubai Khalid Bin Al Waleed Station looks like the high-end, sci-fi metro station of the future.

The station carries an oceanic theme that manifests itself in the opulent jellyfish inspired chandeliers that glow blue, and the imagery across the station showcasing traditional pearl divers.

Located in Madrid, Spain, this station is one of the most interesting on this list. As one of the largest metro stations in Spain, the architects who created the structure had a little more room for some creative play.

Made of glass and the steal, the station hosts a massive tropical garden, filled with lush green plants that are all from the region.

Probably one of the most iconic subway stations in the world, this station definitely should be on your travel bucket list.

Located in Stockholm, Sweden, the Rådhuset station is painted a deep red that contrasts with the neutral colors of certain areas of the station. Paired with are exposed bedrock and dramatically lit area, the metro station looks like something out of a Ridley Scott film.

A little more modern than some of the other stations from Eastern Europe, the subway station is minimally decorated with marble, stainless steel, and lamps hidden inside oval niches on the ceiling with small panels designed by artist Aleksandr Deyneka.

Though not exactly a metro station, the Bund Sightseeing Tunnel in Shanghai, China takes the train experience to an entirely new level, bringing it into the 21st century.

With its unique, audio effect and visual projection, travelers entering the tunnel located underneath the Huangpu River may feel like they are entering a new dimension.

Another fan favorite in Stockholm the Kungsträdgården metro station houses some of the oldest relics in Stockholm, objects that date all the way back to the historically significant Makalös palace.

Similar to the other Swedish stations on this list, this metro station features some exposed bedrock; a design choice that ties in beautifully with the industrial design of the place.

This metro station looks like something out of a 90’s science fiction film. Designed by Ingo Maurer, the station’s dimly but colorfully lit area highlights some of the industrial design in the surrounding area.

Visitors are greeted by 11 large concave lamps with an orange tint, while the rest of the station gives off an almost blue aura.

Probably one of the very few beautiful train stations in NYC, Manhattan’s Grand Central Terminal has thousands of people pass through it each day.

The NYC subway station also holds the Guinness World Record for the largest railway station by the number of platforms, hosting a total of 45.

Found in Kaohsiung, Taiwan, this metro station combines nature with its modern industrial design to give visitors a unique open-air experience.

Designed by the British architect Richard Rogers, the subway station includes grass and artificial flowers that line the stairs and escalators, to help brighten the day.

Do you have a favorite metro station? Leave your comment below and Happy Holidays!