Stem cell research could provide some incredibly exciting healthcare solutions in the not too distance future. These 11 are prime examples.

Stem cell research has come a long way over the last few decades with many new exciting potential healthcare applications being developed.

These 11 stem cell research projects are some of the most exciting out there. This list is far from exhaustive and is in no particular order.

1. The Northern White Rhino Could Be Saved Using Stem Cells

Institute/Research Team: Department of Reproduction Management at the German Leibniz Institute for Zoo and Wildlife Research in Berlin

Potential Applications: If successful it could be used to protect other species in danger of extinction. It could also have applications to human fertility.

Other Info: The plan will be to produce primordial germ cells from induced pluripotent stem cells from preserved somatic cells. These can then be used to generate viable sperm and egg cells to create embryos.

2. The University of Toronto is Combining 'Big Data' With Stem Cell Research

Research Goal: Develop a treatment to help with brain diseases

Institute/Research Team: The University of Toronto

Potential Applications: Could be used to create methods of auto-healing for brain-related diseases and other organs during serious illnesses.

Other Info: The research team at U of T's Medicine by Design used the latest genomic technology with machine learning to study how brain stem cells could be used to help the brain heal itself in future.

3. Plerixafor Might Treat COPD By Using the Body's Own Stem Cells

Research Goal: A drug used in stem cell therapy to treat smoking-related cancers has some interesting potential side effects

Potential Applications: If initial findings are true it could be used to prevent or reduce damage caused by smoking to lung tissue and complications like COPD.

Other Info: The drug, Plerixafor, was developed to boost the human immune system by encouraging the release of certain types of stem cells (hematopoietic progenitor cells - HPCs) into the bloodstream from the patient's bone marrow. It was developed to treat various blood-related cancers but has shown that it can help with cancers/organ damage in other organs, like the lungs -  in mice at least.

4. Scientists Have Discovered a New State of Stem Cell

Research Goal: To build on our understanding of a 'new state' of stem cells

Potential Applications: It could be used to treat obesity

Other Info: Researchers have found that some stem cells don't seem to follow orders, as expected. Unlike their neighbors who faithfully convert themselves to fat cells, some seemed to remain dormant.

This could be used to prevent fat from accumulating in unwanted places around the body leading to dangerous disorders like heart disease.

Other Info: The team found that delivering stem cells to the heart indirectly by infusion could significantly improve patient's recovery post heart attack.

6. Parkinson's Disease Could Be Treatable With Stem Cells

Potential Applications: It may provide a cure/treatment for Parkinson's disease

Other Info: Chinese scientists have successfully tested using stem cells to treat Parkinson's in primates. As the disease is caused by the death of dopamine neurons, stem cell therapy shows promising abilities to reverse this.

7. Skin Cells Can Be Morphed Into Stem Cells Using CRISPRa

Potential Applications: This could be used to reprogramme already specialized cells into stem cells using CRISPRa

Other Info: Researchers have now for the first time succeeded in converting skin cells into pluripotent stem cells by activating the cell’s own genes.

Research Goal: Restore the sense of touch to paralyzed patients

Potential Applications: To restore the sense of touch to paralyzed patients

Other Info: The team used a combination of proteins to instruct stem cells to turn into interneuron cells - thereby restored touch to patients.

9. Embryos of Mice Can Now Be Created Using Stem Cells

Potential Applications: Could have profound benefits for improving fertility in humans

Other Info: The team mixed two type of stem cells in a petri dish from mice. These were then implanted into the womb of another mouse and actually initiated a pregnancy, for a few days at least.

Research Goal: Find a way to for teeth to self-repair

Institute/Research Team: Harvard University and the University of Nottingham

Potential Applications: Could be used as an alternative to traditional cavity fillings

Other Info: The team developed a means of using stem cells to stimulate dentin growth in teeth. With this approach dental problems could be resolved by letting the teeth heal themselves rather than needing painful surgery.

11. Stem Cells Can Be Made To Live Longer to Mass Produce Blood Cells 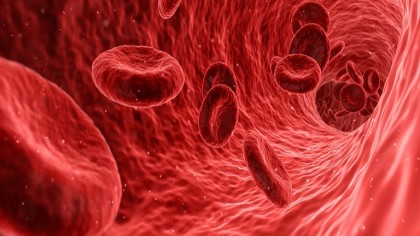 Other Info: This research would help alleviate the ongoing healthcare problems of blood supply shortages by immortalizing stem cells.