Take a break from reading about the coronavirus, close your eyes and think about the phrases “innovative city” or “smart city”. When thinking of these phrases, what current cities come to mind? Or, better yet, if you were to create your own city, what aspects of the city would make it “smart” or “innovative”?

The rise of new sustainable technologies, the promise of autonomous transportation, the IoT, artificial intelligence, and new innovative construction methods are all re-shaping the modern city. However, these new landscapes are far more than just massive technological hubs. A modern city uses this technology to make all aspects of the lives of its citizens better.

“Smart cities do not mean creating jungles of concrete or sophisticated cities of glasses with WiFi technologies. But a smart city means a city, where humans, trees, birds, and other animals can grow with all their glories, imperfections, freedom, and creativity,” says Amit Ray in Nuclear Weapons Free World Peace on Earth.

However, if you are looking for a more technical description, look no further than the IESE Cities in Motion Index. Created by IESE Business School's Center for Globalization and Strategy, this index looks at the level of development of 174 cities from 80 countries to find the “smartest” cities around the world. 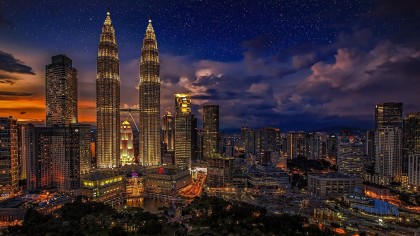 5 Things You Will See in the Future of “Smart City”

The annual IESE Cities in Motion Index, takes a look at the human capital (developing, attracting and nurturing talent), social cohesion (consensus among the different social groups in a city), economy, environment, governance, urban planning, international outreach, technology, and mobility and transportation (ease of movement and access to public services).

Cities on this index tend to share the goal of improving the quality of life of its residents, by ensuring economic, social and environmental sustainability. While the World Economic Forum has the Innovation Cities Index, which centers around cities that offer excellent opportunities for new businesses and start-ups. We are going to take both lists into consideration and create our own list.

In no particular order, we are going to look at cities that seem to facilitate innovation through business and cities that use technology to improve the quality of life of its residents.

Singapore is considered one of the cleanest and safest cities in the world. The small but potent Asian Pacific economic powerhouse attracts both a melting pot of tech businesses and people to its lively city. Aside from being a geopolitical safe haven, Singapore is working hard to invest billions in its growing ecosystem of startups, business incubators, and venture capitalists. Its new Research, Innovation and Enterprise 2020 Plan, aims at investing $19 billion in advanced manufacturing and engineering, the digital economy and services, health and biomedical sciences and urban, sustainable solutions.

Traveling around Singapore you will quickly get the feeling that the country is focused on using technology to build better infrastructure for its citizens. You might come across hospitals with a few robot staff, autonomous taxis, and a massive fiber-optic network the lengths of the island. Singapore even features vertical gardens and farms that are able to regulate their temperature by absorbing and dispersing heat, while collecting rainwater.

When thinking about smart innovative cities, Amsterdam may not be the first that comes to mind. Yet since 2009, Amsterdam has committed itself to being a “smart city innovator”. The city since, has made some impressive leaps and bounds.

A top-three contender on the IESE Cities in Motion Index, Amsterdam’s commitment to energy efficiency, culture, and financial technology make it a “European powerhouse.” Aside from the fact that 90% of households in Amsterdam have bikes, the city aims to completely ban gasoline and diesel cars by the year 2025 and become Europe’s first zero-emission city.

The city's unique layout, growing 3D printing construction sector, advanced public transportation, and growing economy make it an excellent place to live for its citizens. Amsterdam also uses real-time traffic monitoring, an advanced, streamlined trash collection system, as well as other real-time data tools to ensure that there is a high quality of life.

Bangalore, India is slowly becoming the Silicon Valley of India because of its tremendously growing IT sector. Also, known as Bengaluru, it was a huge outsourcing hub for Western nations. However, now the city has evolved, creating a strong STEM sector, producing millions of jobs for engineers, leading research institutes, and top tier entrepreneurs. According to Culture Trip, Bangalore is responsible for more than half of India’s cutting-edge biotech industry.

Another city aiming to become carbon neutral by 2025, this Danish city is not only renowned for its environmental efforts. The city itself is considered to be one of the best places to live in the world because of its quality of life. Just looking at the IESE Cities in Motion Index, the city ranks top 25 in social cohesion, governance, international outreach, mobility and transportation, and the economy.

Paris makes the list for its massively growing tech business community that is said to be almost on par with London, attracting talent from across the world. The financial hub also has made a strenuous effort to improve the lives of citizens. The City of Lights has worked hard to promote clean transportation through the use of bikes and electric vehicles. Using the power of the IoT, Paris aims to reinvent the way Europe views public transportation, even going as far as creating a 100% automatic metro system.

New York City is a top contender on both the Innovation Cities Index and the IESE Cities in Motion Index for multiple reasons. First and foremost, the Big Apple attracts a lot of top talent in the STEM fields with some of the world’s most important businesses following. In NYC, there are 326,000 people in the tech fields and the city itself hosts well over 7,000 start-ups. The city is pushing out advancements in manufacturing and robotics, cybersecurity, and health and life sciences.

On the other end of the spectrum, NYC is working hard to become a “smarter” and more environmentally conscious city for its citizens. Aside from building more sustainable infrastructure,  environmental plans like the one created by the Department of Environmental Protection aims to better monitor water consumption in real-time for both customers and the city.

Though this city might be one of the smaller cities on this list, Reykjavik is doing some big things. Another top contender on the IESE Cities in Motion Index, the city is considered innovative because of its energy production. Simply put, approximately 99% of the electricity produced in the city and about 80% of the total energy production comes from hydroelectric and geothermal energy. By 2040, the city aims to become a zero-carbon emission city.

Seoul has the goal of becoming one of the world’s first official smart cities using the power of the IoT. Recently, the Seoul Metropolitan Government announced the plans of installing 50,000 Internet of Things (IoT) smart sensors across the city. These sensors would be able to provide citizens information on pollution levels throughout the city, traffic information, and even let them check the availability of public parking throughout the city.

Boston hosts some of the most premier schools in the world attracting business and research talent to its streets. Schools like MIT and Harvard churn out leaders in the STEM fields. The city its self has one of the fastest-growing tech sectors in the United States with its booming start-up culture. Companies like Boston Dynamics, have made Boston their home simply for this reason.

London makes the list simply for its ability to attract global business and top tier talent. Its current thriving technology sector makes it an excellent place for start-ups; also bringing in global tech companies like Google, Facebook, and Intel. According to the IESE index, London hosts more start-ups and programmers than any other city in the world. The city’s commitment to improving its transportation over the next decade could push the city to host one of the most innovative and advanced transportation systems in Europe.

Tokyo’s obvious clash of old and new is splattered along the city, creating the perfect backdrop for many of our favorite science fiction stories. The city’s love for technology has seeped into every aspect of its culture and will probably be even more apparent during this Summer’s 2020 Olympics. Dubbed the robot capital, Tokyo has become a global hub for robotics research and development. Tokyo is even planning to employ robots to help visitors attending the Olympic event, offering everything from foreign language support to bag assistance.

Even more so, the city of Tokyo is one of the global leaders of 3D manufacturing, pioneering new 3D printed methods and techniques. According to IESE, Tokyo also has one of the highest rates of labor productivity and has the most populous urban agglomeration in the world.

What other cities should be on this list and why? Let us know in the comments below.