11 Puzzling Optical Illusions and How They Work

These optical illusions will have you scratching your head. Read on to find out how these incredible images trick your brain.

Optical illusions have been amusing and frustrating people for decades. Though often seen as a light source of fun, there's a lot that optical illusions can tell us about our vision and neural systems.

Presented below are some of the most puzzling optical illusions of all time, and the explanations behind how they trick your mind.

1. The Ebbinghaus Illusion: It is All About Context

Also known as the Titchener Circles, this illusion puts your perception of size to the test. Though discovered by, and named after, Hermann Ebbinghaus the most common depiction of this illusion was created by Edward B. Titchener.

It is believed that the cause of this discrepancy lies in how we perceive size. Research has suggested that our perception of size is dependent on context. By changing the context in which both circles are shown, our perception of their relative sizes changes.

Popularly referred to as the Pac-Man illusion, this image loop has had people scratching their heads since 2005. Created by Jeremy Hinton, the illusion features twelve dots, typically lilac or magenta in color. The dots are placed against a gray background, with a black cross in the center. One dot disappears for a fraction of a second before reappearing, an action which repeats itself in a clockwise motion throughout all the dots.

Viewers are instructed to stare at the cross in the middle of the ring, at which point they observe two things happening: firstly, a green dot appears in the absence of the disappeared dot. Secondly, the green dot gradually wipes away the remaining lilac dots until all that remains is a green dot moving in a circuit.

The explanation behind this illusion is truly fascinating. The green dot appears thanks to an effect known as an afterimage. The rods and cones in our eyes adjust to the disappearance of the lilac dots after a few seconds and become tired. In the absence of the lilac dot, our eyes engage cones which process colors at the opposite end of the spectrum; in this case, green.

The ultimate disappearance of all the lilac dots is thanks to a phenomenon known as Troxler's Fading. Because the lilac dots only appear in our peripheral vision, their movements are not significant enough to engage new neurons of our visual system, and thus appear to fade away entirely.

3. The Motion Illusion: Seeing Movement Where There Is None

Optical illusions that create the illusion of movement are among some of the most common and popular. You might be surprised at the simplicity of the explanation behind these illusions.

Motion illusions typically operate by presenting a pattern made up of high contrast colors or tones. These contrasting aspects trigger different neural signals simultaneously, which results in a motion-detecting effect when no motion is actually present.

4. The Spinning Dancer: Control the Dancer With Your Mind

One illusion that repeatedly goes viral online is the Spinning Dancer. The Spinning Dancer depicts the silhouette of a dancer, spinning in one place. However, whether the dancer moves clockwise or counter-clockwise can apparently be changed by the viewer at will.

This illusion was created in 2003 by Nobuyuki Kayahara and has been puzzling people online ever since. The key to the illusion is in its lack of visual cues concerning depth and also the ambiguity of the dancer's anatomy. This visual ambiguity is known as multistable perception. The dancer's body and environment are too ambiguous for our visual systems to perceive, so we end up perceiving the image in alternating, conflicting states.

The Vertical-Horizontal illusion is one of the most visually simple optical illusions you're likely to come across. It features a horizontal line bisected in the middle by a vertical line. Though most viewers perceive the vertical line as being longer, they're actually both the same length.

Though the exact cause of this phenomenon is not known, it has been suggested that the positioning of the vertical line triggers our depth perception - causing us to perceive the vertical line as being further away from us than the horizontal line, and thus longer. 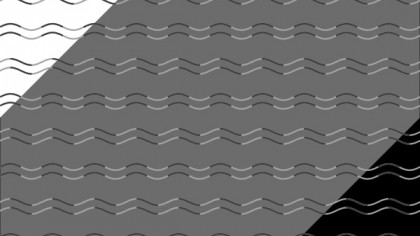 In the case of Kanizsa's Triangle, three so-called "Pac-Man configurations" and three open angles create the illusion of a white triangle. In these illusions, the illusory shape typically appears brighter and closer to the viewer.

This is because the Pac-Man configurations trigger our depth perception, leading our visual systems to perceive the configurations and further away and, thus, darker than the triangle. With these perceived depth cues, the illusion of the triangle being close and bright is established.

Developed by Edgar Rubin in 1915, the Rubin's Vase illusion is one of the most famous optical illusions in the world. The image depicts what can be perceived as either an ornamental vase or two faces in side-profile facing one another.

The key to this illusion is explained through the principle of figure-ground organization. This is what allows us to perceive objects as both figures and backgrounds. In the Rubin's Vase illusion, however, the figure is altered with a shift of perspective.

8. The Duck and Rabbit Illusion: Ambiguous Images and Mid-level Vision

This image first appeared in 1892 and has been puzzling and amusing people ever since. The duck-or-rabbit conundrum operates on the principles of how we perceive ambiguous images and the processes of mid-level vision.

Mid-level vision is the point at which our brains group visual information based on its ability to find edges in the image. However, in the case of ambiguous images, these edges are not clear, and we become capable of perceiving two contrary depictions within the same image. For this reason, we are able to see either a rabbit or a duck, depending on which depiction we choose to focus on.

9. The Müller-Lyer Illusion: Which Line Is Longer?

You've almost certainly come across this optical illusion in the past. Devised by Franz Carl Müller-Lyer in 1889, this series of lines is one of the most recognizable illusions ever developed.

Typically, the viewer is presented with three horizontal lines, each of which featuring a different configuration of arrowheads. Though the lines appear to be different lengths, they are all equal.

Studies have shown that this illusion is most effective among Western populations who are accustomed to "carpentered" surroundings, where straight lines and right angles are common. This could explain how the illusion works.

10. The Checker Shadow Illusion: Your Eyes Deceive You

Developed in 1995 by Edward H. Adelson, the Checker Shadow Illusion will have you doubting your own vision. The image shows a checkerboard and an object resting upon it, casting a shadow. Two squares on the board are titled A and B. Though A and B appear to be different tones, they are actually identical.

The illusion operates by taking advantage of our perceptions of light constancy. Light constancy is what allows us to differentiate between dark objects in bright lighting and light objects in low lighting. In the Checker Shadow Illusion, we recognize that A is a dark object, and B is a light object in shadow. However, because we are differentiating the squares through our perceptions of light constancy, we are unable to perceive them as they really are - as being the exact same color.

11. The Impossible Trident: Drawings That Trick Your Brain

The Impossible Trident dates back to 1964 and is one of the most famous examples of an impossible object illusion. The image depicts what at first appears to be a three-pronged object, whose prongs originate from only two sources.

This puzzling image works by tricking your brain to perceive a two-dimensional drawing as a three-dimensional object. The impossible nature of the object only becomes clear after examining the image, as the brain attempts to conceive of the representation as a 3-D object that can exist in the natural world.

What Gyroscopes Are, How They Work, and Their Importance

How to Make Your Own LED Work Light