To make mistakes is perfectly normal. In fact, you learn more from mistakes than from successes, so it is said. With that in mind here are 11 great proofreading fails for your entertainment.

To err is human, as the saying goes and we are all prone to making mistakes. The following proofreading fails are excellent examples. Most of these could have easily have been avoided. Thankfully for us, they weren't picked up in time for us to make fun of them.

The following are far from exhaustive and in no particular order. 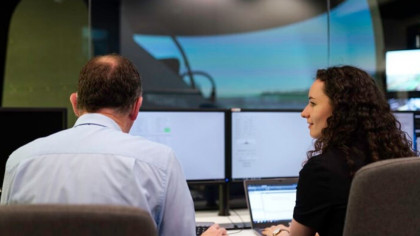 We'll kick off our list of proofreading fails with a glorious one. What a difference a consonant makes. In this case, it turns what should be a simple question into one that makes you comprehend your very existence.

This just goes to show how important proofreading is. Though in this case it could have been left in on purpose. Afterall we should all reflect on our lives from time to time. A magnificent example of spelling gone bad.

Great proofreading fails don't have to just be English. They are hilarious in other languages like French, for example. It's also funnier when the resultant 'typo' borders on the risqué. Just a simple check on the internet or even in a dictionary would've knocked this issue on the head before it was revealed to the public.

Of course, this could be a practical joke. Yeah, that must be the real reason.

Oh, the irony. This must be one of the greatest proofreading fails of all time. Obviously, the tattooist hasn't bought into the concept of checking their spelling before permanently inking a word into someone's arm.

We wonder if this poor chap had to pay for the bodged tattoo, too. Or, perhaps, the irony is intentional? We will never really know. No regerts indeed.

If you are going to make an awesome proofreading fail it might as well be full of class. We wonder if the culprit for this post-it note knew the consequences of their actions with this one. True to form some other genius took the initiative with a witty and fitting response.

In fact, this one is a running joke between father and son. Now that is a parenting goal we should all be aiming for. We salute all persons involved.

5. Shoplifters will be what?

This example of proofreading fail must surely be a joke. How could anyone have signed off on this one? Though on reflection it might have more of an impact on potential shoplifters. Being prosecuted is bad enough, but prostituted? Stealing that item of clothing suddenly loses its appeal, doesn't it?

This must be one of the world's greatest typos of all time. But we have to wonder what this store will do if you want a refund? It beggars belief.

Finding a parking space is always a pain. This private parking area has your back. Any illegally parked cars are just fine. Feel free to stay as long as you like. Oh, the importance of proofreading. Just one missing letter can completely reverse the intended meaning of a sign. This is a perfect example.

Though we must admit it does look this sign might just have been tampered with. Of course, we have no proof.

Mmmm sounds lovely. We never even knew they existed now we have to try some. Damn you internet. How on Earth could a mistake like this have been missed? Had nobody else noticed within minutes of it being displayed? Strange indeed.

But it is very funny. In fact, they may have noticed a marked increase in the sale of their mini 'dognuts' and decided not to change it.

There is nothing better than a poorly written English lesson advert in the paper. This one is a perfect example and surely one of the best proofreading fails of all time. The worst part is that this chap is clearly trying to sell his services as an English teacher. We wonder how much work he got from this advert.

Would you trust an English teacher with a grammatically incorrect advert? Never trust a chef who doesn't eat their own food, as they say. Classic.

This one is amazing. In fact, we wouldn't want to change it if it was spotted. This is a perfect example of why proofreading is important even if you've used a spellchecker. Though spotting this so easily might speak more about us than the form creator.

According to the person who spotted it, they were the only ones to do so. To be fair if you were scan reading the form you'd probably miss it easily.

Our penultimate entry on our list of proofreading fails is this beauty. To be fair this is a simple mistake to make and one that most would be forgiving of. Then again it doesn't take much effort to just check your work before unveiling it to the public.

The funny part is that the chap who spotted it actually told the restaurant about their mistake. They then dutifully changed it. We despair, we really do.

Last but by no means least on our list of proofreading fails, is this one. There is nothing worse than standing in public space with people talking 'into' random vegetables. For most, the biggest pet peeve is those pesky celery phones!

This conscientious establishment decided to hit the nail on the head and ban them outright! For the greater good.

So there you go. Eleven great examples of proofreading failure. Have we missed any great ones? Feel free to share your suggestions in the comments section.