Who loves digital gauge clusters? We love them that's who! Most modern vehicles have digital, rather than analog ones these days, but some designs are leagues ahead of the competition. With analog instruments rapidly becoming "redundant" and phased out by more detailed and easily customizable digital alternatives they are set to become standard features. Let's have a look at ten awesome digital gauge clusters, in no particular order.

If you're not bothered with any of the following feel free to add your suggestions. Of course, you could also deck your car out like KITT from Knight Rider! Now we're talking! (see what I did there? - oh nevermind). 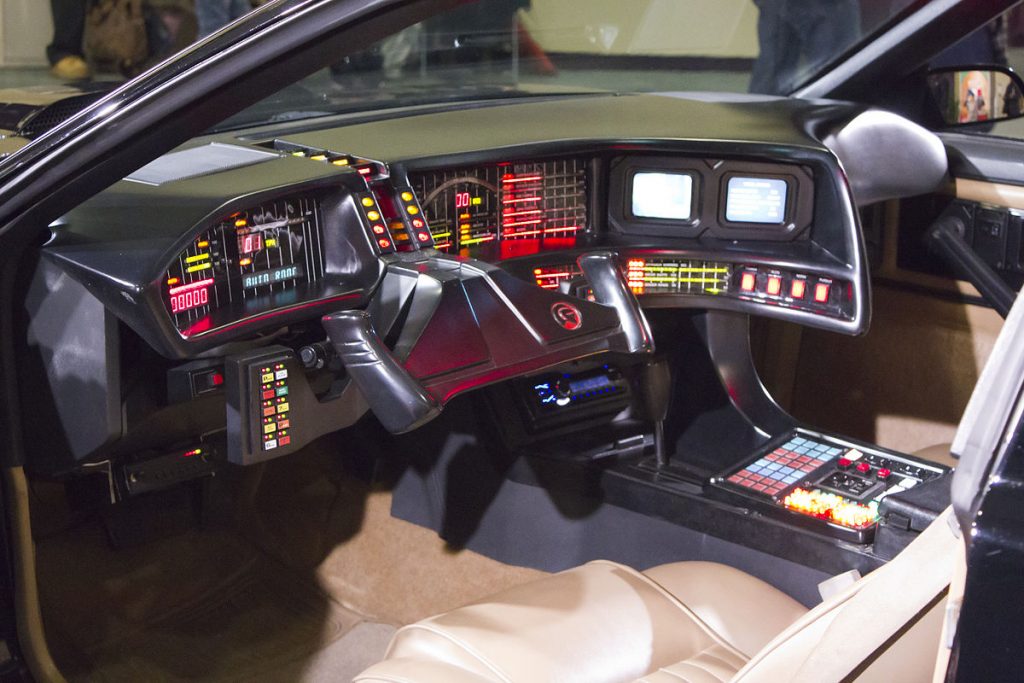 This display might look busy at first. You will need all the info you can have when you unleash 1,200 horsepower to the tarmac via your rear tires! Nice - it's near the end of the following video FYI.

New car releases are often bristling with the latest technology, we should, therefore, not be surprised to see an Audi on the list. The 2015 TT only features a single display which acts as both the cluster and infotainment center. All in one convenient location right in front of you. It has visuals that would rival a computer game, the car provides lots of information as long as you're in the driving seat.

Keep your beady eyes open for other vehicles from the Volkswagen Group getting the same cluster very soon. It is already in use in the new Lamborghini Huracan and according to Autoguide you can expect to see it in the next generation R8.

Well, we couldn't really talk about new tech without including the Tesla Model S now, could we? Its cluster is a radical departure from what you usually see in cars. Like all on this list, it is completely digital. The screen features graphs and bars to depict range and even your driving behavior.

It is highly customizable and it can show you a map interface, media information such as album cover art and other screens like parking sensor data etc. When the vehicle is off, a representation of the vehicle pops up and the screen debriefs you about the last journey. The digital Model S lets you know if your doors are open and if the car is charging or not.

The recent model of the Viper has safety features that are meant to give drivers more confidence. It incorporates a digital tachometer that starts to flash red with a "Stryker" logo appearing when you approach the redline. Pretty cool! And it doesn't end there. Just like other SRT cars, the Viper features a digital display that can show you the 0-60 times, 0-100 mph times, Eighth and quarter-mile elapsed times etc. It also shows the driver braking distances, g-force readouts and top speed performances. Nifty.

The seventh generation Chevrolet is a performance bargain, gorgeous and it has a high-tech interior. Its customizable drive display shouldn't disappoint traditional fans who love the old analog designs. Features include G-forces, 0-60 times and even tire temperatures! These are all recorded and displayed conveniently in front of you! Quite a valuable performance measurement set of tools!

Although the digital gauge cluster isn't high definition, it is customizable with four different themes and layouts! Themes include traditional three-circle effect to a more sporty design with a tachometer as the main focus of the display. It even has a cool Sci-Fi looking minimalist theme as well. Whilst these do showcase the display's versatility you can also add even more information like map displays and media information.

Sadly this model has been out of production since 2012 but the LFA shouldn't cease to amaze you. For most, this car is probably out of reach, in more ways than one. In the LFA, the instrument panel was a whole stage production. When you fire it up, the four digital gauges (oil, water temp, fuel level and oil pressure) float away from the center of the tachometer. From here they take up their position on either side of the central dial - pretty cool. Whilst driving, the tachometer glows and changes color almost simulating the car blushing and panting as you push it to its limits. When changing gears the needles leave a ghost in the last position! Nice touch. This acts like a benchmark for your next gear shift.

The 2015 plug-in hybrid sportscar from BMW has a fully digital gauge cluster that is rich in details and features 3D graphics that change based on which mode you are in.

Kia have been on a roll of surprising everyone with high tech features and premium products. The 2014 K900 features a rather impressive instrument panel with crisp, clear and bright displays. It shows you trip details, navigation and of course media information very nicely. It also includes some nice little features. For example, the display includes a square that contains the gear you're in. Shift the car over to Sport, reverse or any other gear and the square becomes a cube with each face showing a gear which rotates to the next selecting gear!

Whether you love or hate the GT-R's cluster you can't accuse it of not giving you enough information!

You may be forgiven for thinking the ELR display comes right out of a CTS or XTS but it is actually quite different. The ELR is a luxury oriented electric vehicle with the display needing to show the driver important information about the electric powertrain.

In place of a more traditional needle or gauge for efficiency, the screen features a green orb to the left of the speedometer that floats up and down depending on how you drive. Push the car more aggressively and it moves upwards. When you start braking or applying the regen-on-demand paddles, the orb will float low into the "brake" area. This indicates that the car is recharging its batteries. For best range, you should aim to keep the orb in the middle-ish.

Aside from showing efficiency, the display can show other information including the navigation system.

The Sierra Denali from GMW features a class-exclusive display. This means you won't find anything like it on any other pickup truck. It is framed by the usual analog gauges but the screen displays information like your current location on a map, media info and a communication screen to help yo place a call, all hands-free!