12 Bizarre Things About the Lives of Engineers

The lives of engineers can seem very bizarre indeed to other non-engineers. If only they knew the true workings of an engineer and understood what they go through.

The big picture and subtle nuances of an engineer's life can only be appreciated by those in the know. Here are some of the common bizarre things about the lives of engineers that no-one else can ever possibly understand.

1. Your boss or client (probably) has no idea what you do

Engineers are in the bizarre situation where more frequently than not decision-makers at the top have little understanding of engineering. They are usually the people who decide what should or should not be done.

Engineers also often find themselves needing to actively manage their clients. They may find themselves constantly chasing missing information or asking for clarification.

Although this can be empowering, it is equally frustrating.

Engineers solve problems that some even fail to factor in when planning a project. These could be run-of-the-mill repairs or hidden machinery. Engineers will find themselves traipsing around the very innards of buildings or deep underground finding problems and fixing them accordingly.

3. Engineers (tend to) enjoy their work

Overrunning projects or tight deadlines aside, overall engineers find their work greatly rewarding. Not to mention interesting. Many engineers will say that they get a lot of personal fulfillment from their job. To other non-engineers, this could seem very bizarre indeed.

4. Engineering is a respected profession

The general public tends to respect engineers. Engineers rarely need to explain their occupation further once announced. Some tend to speculate about how technical it can be. They could imagine your work is important, even if they don't know exactly what you do.

5. Impossible is not in their vocabulary

To most, the word impossible is overused. This word is not in the lexicon of engineers. When confronted with a difficult problem, engineers will strive, not bow. Engineers will not let a problem stand in their way. It may take years but it will be solved!

6. Engineers are not afraid of the unknown

Engineers are always looking and learning. Unlike the vast majority of professions, they can be quite happy to admit they don't know something. This could be very refreshing to many.

Discovery is an exciting dive into the unknown rather than a hindrance. They must be challenged or they could become very bored indeed!

7. Engineers will try to fix something themselves

Engineers would rather completely break something than to hire another professional. Whether it be a water leak, a child's broken toy, or even the car, engineers will peruse the internet trying to fix the issue themselves.

This could take days, weeks or even months before they find a perfect solution. Still, hiring a professional is the last resort!

A truly bizarre rumour about engineers is their apparent inability to spell. Engineers tend to be some of the most educated people on the planet but are said to be terrible spellers.

For some, spelling might seem superfluous compared to their bread and butter work of maths and computation. Who knows?

Following the aforementioned rumor, they appear to be unable to proofread their work. According to John P. Bachner, Executive Vice President of AFSE, "Although most civil engineers provide a wide array of deliverables as written documents, the vast majority do not know how to proofread."

10. Engineers can be in their own world

Engineers can appear to be absorbed by their own thoughts,  anywhere and anytime. It could be especially problematic in public or at social events. Maybe they were exposed to a particular problem that doesn't seem solvable. 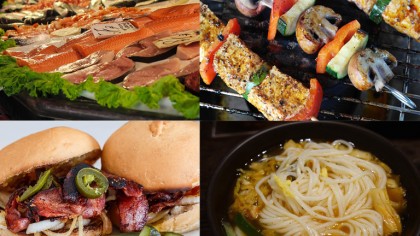 What Are Engineers' Favorite Foods?

It is not uncommon to find engineers who couldn't care less about sports or that new must-watch TV series. Most might find this strange, but they shouldn't. "Horses for courses", as they say.

12. Engineers tend to be overworked and underpaid

Engineers tend to feel they are overworked and underpaid. It could be that they thrive on the challenge or are a little reluctant to have to manage people.

So there you go, 12 bizarre things about the lives of engineers. Do any of these ring a bell? What would you include? Feel free to comment below.