12 Innovations That Could Make Reverse Aging a Reality

Could science really turn back the clock on aging? We might be closer to reverse aging than you think.

Growing old is just a natural part of life, and it can't be avoided. At least, that's what most of us have accepted when it comes to aging. But for decades, scientists have been working to unlock the key to keeping us young and healthy.

Though it might sound outlandish, there have been some incredible breakthroughs in the field of anti-aging technology. As we continue to learn more about the human body and how it functions, we grow ever closer to making old age a thing of the past. Here are just some of the startling innovations that could make reverse aging a reality.

In 2016, researchers from Salk Institute for Biological Studies in California succeeded in reprogramming the cells of aging mice using induced pluripotent stem cells. These stem cells are generated from adult cells, and allowed scientists to reprogram skin cells to an embryonic state.

In their study, researchers found that the mice whose cells had been reprogrammed lived 30% longer than the non-reprogrammed control group.

There are risks involved with using induced pluripotent stem cells, and human trials are definitely a long way away, but the study provided some of the most interesting data so far on the use of stem cells in anti-aging efforts.

In November of 2016, researchers at CalTech and UCLA discovered a method of manipulating the mitochondria of cells to effectively repair DNA. Cells typically contain two types of DNA found in the mitochondria - normal mtDNA and mutant mtDNA. The study noted that the build-up of mutant mtDNA over time causes cells to age and eventually die.

The study was concerned with whether or not autophagy, or the process through which cells eat themselves, could be used to target the mutant mtDNA and prevent the aging process.

They were successful in increasing mitophagy activity in a fruit fly, noting a distinct reduction of mutant mtDNA in its muscle cells. Time will tell if similar techniques can be used to reduce aging or repair aged cells in humans.

The study found that by introducing reversalogues, similar to the chemical resveratrol which is found in red wine, splicing factors could be reactivated in older cells. This meant that the cells would continue to divide like younger cells, rejuvenating the cells and preventing cell aging and death. The implications of this research could mean longer life, reduced signs of aging, and better health in later years.

4. Rejuvenate Bio: Reversing the Process of Aging in Dogs

Who wouldn't want a puppy that stays cute and young forever? A secretive start-up within Harvard, known was Rejuvenate Bio, has been working on technology to reverse the process of aging in dogs. Though little is known of the company's research methods, it's been suggested that they're modifying certain genes as a way of targeting and eliminating risks of heart disease, kidney disease, and more.

The company is focusing primarily on Cocker Spaniels and Doberman Pinschers for now, as both breeds have short lifespans due to their genetics. Rejuvenate Bio feels that their reverse aging on dogs is a marketable service, which will hasten FDA approval and pave the way for human trials to follow.

Just this month Nature Medicine published research from the National Institute of Aging which found that combining and injecting pre-existing drugs could extend lifespan and delay age-related health issues. The study was conducted on mice, who were treated with dasatinib and quercetin. Dasatinib is usually used to treat forms of leukemia, whereas quercetin is found in fruits and vegetables.

When treated with the medications, researchers found that senescent cells were selectively killed and the deterioration of speed and mobility of the mice significantly decreased.

In fact, naturally aging mice treated with the drugs in the study lived 36% longer than their control group counterparts. If similar results can be replicated in humans, it would mean that we already have drugs that could reverse aging and lengthen our lifespans.

Last month saw new research emerge from the Marshall University Joan C. Edwards School of Medicine, which suggested that the Na/K-ATPase oxidant amplification loop (NAKL) could potentially be targetted for anti-aging interventions. The researchers were also successful in testing pNaKtide, a synthetic peptide that could further reduce risks of illness and the effects of aging.

The researchers first tested their theories on mice who were raised on a Western diet, to antagonize the NAKL. This provided the evidence of aging, which was then treated with pNaKtide.

The treatment slowed the aging process that had been spurred on by the NAKL. They then tested the treatment on human dermal fibroblasts, and recorded similar results. This would suggest that if we can effectively target the NAKL and intervene with a treatment of pNaKtide, we could potentially slow the aging process significantly.

It's not just your skin that wrinkles as you age, turns out our cells get wrinkly too. In May of this year, researchers from the University of Virginia School of Medicine found that many effects of aging, such as fatty liver disease, could be the result of cell nuclei wrinkling. When the nuclei wrinkle, it prevents DNA from functioning as it should.

So what do you do if you have wrinkly nuclei? Well, according to their research, we could be able to utilize viruses to smooth out the nuclear membranes. They believe that viruses could be modified to carry and deliver lamin - a protein that can smooth the cells. Through doing this, the cells could function like young cells again, reversing the effects of aging and protecting against multiple health risks.

It might sound like something out of a vampire story, but young blood might actually be the key to reversing the aging process. In February of this year, Cell Reports published a study that suggested that the blood of young people could be instrumental in fighting against aging.

In the study, researchers found that when the blood from younger mice was introduced into the blood of older mice, it stimulated neuron and stem cell production in the older mouse's brain. This effectively led to their brains functioning more like those of their younger counterparts, reversing the effects of aging on their cognition.

Clinical trials are already underway where plasma from 16 to 24-year-olds will be introduced into the systems of elderly humans. So far results have been promising, but it will be some time before everyone starts loading up on young blood to stay youthful.

Researchers from the Paul F. Glenn Center for the Biology of Aging at Harvard Medical School believe that they could be able to create anti-aging pills. 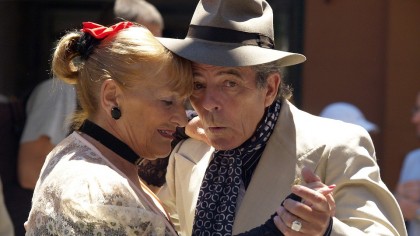 This comes as a result of a study published in March 2017, which saw scientists use nicotinamide adenine dinucleotide (NAD+) to reverse the signs of aging in mice.

NAD+ is a molecule found in cells which is crucial for maintaining healthy cell function and regulating cellular aging. In the experiment, the scientists put a few drops of NAD+ into the mice's water. Within hours, levels of NAD+ in their cells had risen significantly. Within a week, the tissues of the NAD+-fed mice had reversed to youthful levels.

A human trial was conducted in November 2017, which showed similarly promising results. If NAD+ supplements can get FDA approval, we might have a reverse aging pill on our shelves soon.

Strange as it may sound, cannabis might actually be the key to reversing the signs of aging and improving cognitive ability. That's what was suggested by research from the University of Bonn and The Hebrew University of Jerusalem which was published in May of last year.

The study saw researchers successfully reverse the biological state of the brain in mice aged 12 months and 18 months. The test mice were treated with THC in small, non-intoxicating doses for a period of four weeks. They were noted as out-performing the control group who had been given a placebo, and were shown to have similar cognitive performance to younger mice. This could mean that non-intoxicating THC treatments might allow older humans to regain youthful levels of cognition.

Some researchers believe that the key to reversing the aging process lies in a bacterium found in Easter Island. Rapamycin is already used in transplant medicines and as an immunosuppressant, but scientists now believe that it could be used to reverse the effects of aging.

In a series of experiments, rapamycin was proven to postpone death in worms, flies, and mice. More recent studies are focusing on dogs as test subjects, with an aim to someday use rapamycin in an anti-aging pill for humans.

Though many companies are scrambling to be the first to have a rapamycin pill approved and marketed, it will be some time before they hit shelves for human consumption.

In 2015, researchers from the Buck Institute for Research on Ageing and the University of Washington revealed that, after ten years of research, they had succeeded in identifying and deleting genes that could prolong life. The researchers identified 238 cells which, when removed, resulted in a 60% increase in lifespan.

Many of the genes identified are also present in mammals, meaning that theoretically the same process could be applied to humans. That said, it took 10 years for researchers to find and delete the genes responsible for aging in yeast through a process of trial and error. Replicating the results in humans could take a very long time, though the results are still encouraging.