Need a break from your Netflix marathons? Here's a list of 12 National Geographic documentaries to both entertain you and engage your brain.

Sure, you can binge watch Stranger Things on Netflix for the fourth time. But wouldn't you rather engage your brain a bit more than in a normal TV marathon? Documentaries are a pretty great way to entertain yourself while using brain power. However, we don't want you to work too hard so we limited these documentaries to one network. We put together a list of our favorite National Geographic documentaries.

Journey to the Edge of the Universe

Space, the final frontier. This documentary taps into our place in the universe and how we unlock the answers to life's big questions with technology. The film is narrated by Alec Baldwin who offers a surprisingly warm presentation. Despite being nearly a decade old, the movie will make you even more excited about the growing number of NASA announcements.

Oscar-winner Leonardo DiCaprio takes a role in front of and behind this National Geographic film. DiCaprio explores the topic of climate change, the effects it has throughout the world, and modern policies in place to reduce its impact. With DiCaprio at the helm, the documentary features some high-power political and tech leaders -- from former President Barack Obama, UN Secretary-General Ban Ki-Moon, and even Tesla's Elon Musk.

This documentary also details the effects of climate change, but it focuses its attention on melting glaciers. It follows a team of photographers as they capture the disappearances on camera (often in extremely dangerous conditions). Led by environmental photographer James Balog, the movie taps into both climate change skepticism and the broader nature of academic research. The film won the 2014 New and Documentary Emmy for Outstanding Nature Programming.

Secrets of the Titanic

There have been so many films about the HMS Titanic's sinking, but most people limit their knowledge to James Cameron's blockbuster rather than the facts. In 1986, National Geographic created one of the most comprehensive documentaries about the event. Despite being 30 years old, it still impresses viewers with the dedication of its key research team. Martin Sheen narrates the film chronicling Robert Ballard and his crew from the Woods Hole Oceanographic Institute. This one will take some digging around online to find, but if you're a true Titanic fan, we'd recommend buying the film outright.

Aimed at younger viewers, Robots takes a fairly comprehensive look at modern robotics. It also taps into where the industry could be headed. The film is narrated by Star Trek's Simon Pegg, but the real stars are the countless robots featured. The documentary features labs from around the world. So, if you're looking for a primer in preparation for robots taking over the world, this film definitely helps. Know an aspiring coder or robotics engineer? Take them to go see the film, as it's still playing in select theaters around the world.

This docu-series pits two engineering heroes against each other. It could also help solve some of engineering's greatest debates -- namely, who is better, Nikola Tesla or Thomas Edison? Make it fun and watch with friends, betting as to which brilliant mind 'wins' in the end. (Note: We know the show is called "American Genius" and Tesla was Serbian. However, the show contextualizes Tesla's innovations from when he came to the United States in 1884.)

It's difficult to watch a film about failures, especially ones in which lives are lost. The Challenger disaster was one of the most devastating engineering failures in history. The mission failed for a number of reasons: rushed flight times, fear of delay, technical oversights, and more. These reasons and others are explored in this painful-yet-necessary documentary.

March of the Penguins

Yes, we're aware March of the Penguins doesn't exactly feature mechanical/chemical/civil engineering. However, it's easily one of the most popular documentaries ever produced, and it felt wrong leaving it off the list. Why was a movie about penguins so popular? Two reasons: 1) Penguins are perfect, and 2) Morgan Freeman. Still not convinced it should be on an engineering list? Think of ways to apply the penguin's evolutionary skillset to a robotics system or something. Or you could just be a normal viewer and watch it for the adorable, at-times-heartwrenching story about these devoted penguins.

The Wildest Dream: Conquest of Everest

If you like documentaries about the resilience of the human spirit, this is one for you. It tells the story of Geoge Mallory, a man obsessed with becoming the first person to climb Mount Everest. He was last seen in 1924, just 800 feet below Everest's summit. And then he was never heard from again. The story doesn't just stop there. It weaves Mallory's harrowing tale with that of climber Conrad Anker -- the explorer who found Mallory's frozen body in 1999. The film combines Mallory's letters, modern exploration, and a host of extremely popular voice talents including Alan Rickman, Ralph Fiennes and the late Natasha Richardson. It's narrated by Liam Neeson.

Origins: The Journey of Humankind

Again, this is a docu-series but it was too important to leave off our list. Origins tracks humanity through the items we've left behind -- namely, those technological advances that revolutionized our world. An upcoming episode will feature the transition from a four-horse carriage to the horseless carriage and how transportation innovations changed the course of humanity. Rightfully so, the first major spark of humanity starts with fire:

This two-hour documentary seems like an ordinary premise. It chronicles the day in the life of the human body. However, the film's analysis likens the body to its mechanics and gives a different spin on what would otherwise be a boring premise. It also features real-time glimpses into rock star Steven Tyler's insane vocal chords, which is easily one of the coolest parts of the whole film.

A list of documentaries wouldn't be complete without one narrated by the great David Attenborough. Attenborough tells the story of how the Arabian peninsula transformed from an ocean to its modern state. It also features a surprising bit about the technology used to explore these aquatic havens.

Honorable mention goes out to Genius, Nat Geo's first scripted series. It didn't make our list because it's a scripted biopic. However, it's certainly worth the watch. It details the life and times of Albert Einstein and features Geoffrey Rush as the seasoned physicist. 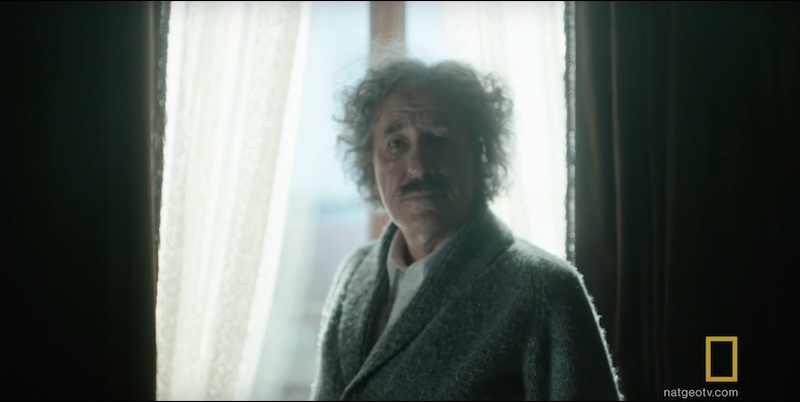