12 of the Most Thrilling Water Slides Around the World

Looking for some of the most thrilling water slides out there? Look no further, we've gathered together some of the coolest looking, fastest and generally fear-inducing rides across the globe. Some even include live sharks and dolphins.

The following are in no particular order and are far from exhaustive. Enjoy and good luck. 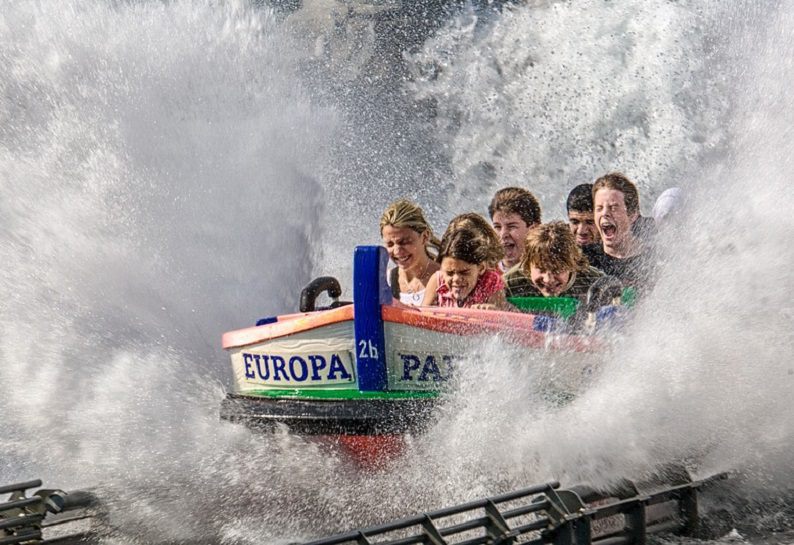 You will start to notice a general trend in the most thrilling water slides as you compare them. Speed and convoluted tubes are a must and if you can throw in an aquarium, all the better.

Dolphin Plunge is just such an example. Part of the ride sees you travel through a clear tube whilst a pod of Commerson's Dolphin's frolick around you. These Dolphin's are even known to race alongside you as you zoom through their tank.

Now that must be amazing.

Aptly named indeed. This thrilling water slide is more akin to a roller coaster than your traditional water ride. Brave riders drop just under 17 meters from a trap door for starters. You need this initial boost to reach speeds of around 48 km/h to actually perform an upside down loop.

As if the speed wasn't enough you'll need to conquer your fear of height too. Lovely.

Nice name, but does the ride meet your expectations? Apparently, it does and with interest. You start the ride with a countdown in front of a trap door. As if you weren't nervous enough, you are then dropped down 12 meters.

You will reach a speed of around 64 km/h and experience 2.5 G's of force as you speed down the course. All of this before being unceremoniously dumped into a pool at the end.

This one looks impressive and is certainly thrilling to ride. In less than two seconds, riders have the pleasure of both getting soaked and experiencing 2G's of force.

The entire round is over in about seven seconds and there are two separate slides to choose from. If you like a challenge, you can even race your friends to be the first to emerge from the entangled loops.

Yet another great example of thrilling water slides here. This one is also appropriately named. This one comes to close to experiencing the fury of mother nature whilst making you want more.

Riders traveling in four-seater floats are launched down a six-story drop, for starters. The main sequence of the ride sees riders spin around a large funnel "as though being sucked into a tornado,” the park says.

There is nothing more disorientating than plunging at speed through a pitch-black tunnel. After the dark start to their ride, riders are treated to an ever-changing and confusing array of colored LED lights.

There is even a steady rainbow ring that turns into a Tron-esk burst of blue and green light just before being thrust into daylight at the end.

This one might just make you feel sick and dizzy at the end. Horses for courses.

Ah, Disney World. A place of magic and mystery for children and grown children alike. It is home to some of the most fantastical sights in the world and a great experience for a family. But did you know it also has one of the most thrilling water slides in the world?

This 36.5 meter, near vertical slide is something to behold. Riders travel down 12-stories of awesomeness whilst having their speeds recorded. You fly through a darkened tunnel and splash into a whitewater at the end of the 110-meter course.

Apparently, this is one of the tallest, if not the tallest, water slide in the world standing at 49 meters in the air. That's taller than the Statue of Liberty, well without the pedestal.

To experience this ride you need to pay for it beforehand. 234 steps stand between you and a very thrilling ride. It is estimated that 1 in 20 riders see their courage fail them on the ascent. For those brave enough to make it to the top they are rewarded with a near-vertical drop, thrilling ride, and pool plunge as the finale.

Probably one of the coolest looking ones in the world, King Cobra can be found at the Six Flags in New Jersey. This beast offers thrill seekers a tube racing journey terminating in a 7.5-meter plunge at a 50-degree angle.

Plus, it has a giant Cobra's head. What more could you want to be honest?

With a name like that we do hope it doesn't disappoint.

Insano used to be the Guinness Book of World Records holder for the tallest water slide. It stands at an amazing 14 stories tall and takes a few seconds to descend at an incredible 105 km/h. Blimey.

Dude, what have we here? A near vertical slide, clear tunnel with live sharks and an Incan Temple? Sweet. Sign me up.

This is one of the most thrilling water slides, dare we say, iconic, slides in the world. Located at the Atlantis Paradise Island Resort, riders woosh down an 18 meter, near vertical ride of their lives.

Did we mention the live sharks?

Last, but by no means least, is the Boeing 747 ride at the Evergreen Wings & Waves Waterpark, Oregon. Hand built, it seems, for aircraft enthusiasts and engineers alike, this ride takes you a quick tour of a Boeing 747. Well sort of.

Technically you choose your fate from 4 different slides within the plane. One of which, the Sonic Boom, let's you shoot out of the cockpit. Nice.

So, there you go. 12 of the most thrilling water slides in the world. Have you ridden any of these? Which ones would you have included?

SEE ALSO: 10 of the Most Thrilling Roller Coaster Rides That Horrifyingly Stalled