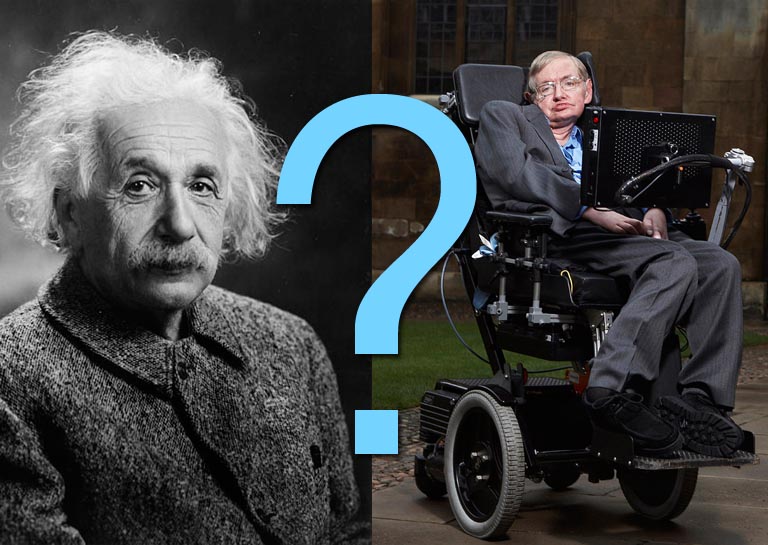 [Image Adapted From Wikimedia Commons and Lwp Kommunikáció via Flickr]

Rajgauri Pawar, a 12-year-old pupil from the Altrincham Grammar School for Girls in Manchester, England, took the British Mensa IQ test and scored 162 - two points higher than Einstein and Hawking who scored 160.

The intelligence quotient (IQ) test is devised to assess the intellectual level of humans and categorize whether an individual can be considered as a genius. Currently, a 140 point score is the genius benchmark of the IQ test and anyone who scores beyond that is categorized as exceptionally intelligent. That's why Pawar made headlines when she got her score back at 162 points as this is the highest possible IQ of someone aged under 18.

Only one percent of the people (around 20,000) worldwide who sit the IQ test achieved the same score as Pawar did. She said, "I was a little nervous before the test but it was fine and I'm really pleased to have done so well". After her outstanding performance on the test, the British Mensa IQ club invited Pawar to be an elite member.

Her father, Dr. Surajkumar Pawar said, "This wouldn't have been possible without the efforts of her teachers and the support which my daughter enjoys every day at school". Pawar's Maths teacher, Andrew Barry, also expressed his delight over Pawar's headline success. "Everybody is delighted. She is a very well-liked student and we all expect great things from her".

If you live in the UK, you can sit a supervised Mensa IQ test for a one-off fee of only £24.95 and also receive a complimentary personality profile. The test will take approximately two and a quarter hours with the option to hang around afterward and have a discussion with the test administrator. Nobody can fail an IQ test according to the British Mensa; it simply places you on the IQ scale based on the score that you will get. Chris Tyler, Chairman of British Mensa, explained why people take official IQ tests.

"There are a variety of reasons why people take the IQ test, many are simply curious or want to challenge themselves, others do so for university applications or CVs, as a high IQ can be beneficial, it can make you stand out as a candidate. Many of those that take the test are pleasantly surprised by their IQ score".

However, if you want to avoid invigilators roaming around while you concentrate on answering the test, you can remain at the comforts of your own home and do a Mensa online workout. This is not an official IQ test though as they cannot verify if it was conducted fairly and in a test type condition. The British Mensa's High IQ Society is only open to those who can achieve a score in the top two percent of the population.

Check out the list of top 12 people with the highest IQ level in the world.