The Three Gorges Dam is one of the most ambitious and equally controversial projects on the planet.

How much do you know about the Three Gorges Dam? You have probably come across dams through your travels, or there may even be a dam near your home town.

SEE ALSO: 12 OF THE WORLD'S MOST FASCINATING DAMS

Dams can be awe-inspiring, human-made feats of engineering, powering the lives of the surrounding communities.

Yet, in the same breath dams are the subject of notable and significant national, regional or international controversy. And, no dam has garnered as much notoriety as the 3 Gorges Dam; a dam that is so massive in scale that it has actually slowed down the earth’s rotation. 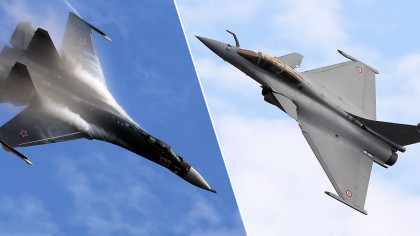 For the uninitiated, a dam is a large barrier built across rivers and streams to confine and utilize the flow of water for human purposes such as irrigation and the generation of hydroelectricity.

So, if you have always wanted to hear the story behind the Three Gorges Dam and what makes it so controversial, it is your lucky day. An efficient man-made monument to innovation, or a destructive monstrosity? Today you will decide. Here are thirteen facts about Three Gorges Dam.

Often considered the father of modern China, Sun Yat-sen originally proposed the idea of the Three Gorges Dam all the way back in early 1919. Overthrowing China’s Manchu dynasty in 1922,  Sun Yat-sen sparked the revolution that would plant the seeds of what would eventually become the Republic of China.

In an article titled, “A Plan to Development Industry”, Sun Yat-Sen proposed the idea of constructing a dam that not only would help control the flooding of the Yangtze River, but also embody China’s “new might.”  However, it would be a while before the project would come into fruition.

Though some claim the Three Gorges Dam is viewable from space, this is not true. Nevertheless, the dam is massive.  Made of steel and concrete, the steel dam is 7,661 feet long, almost 600 feet high.

Engineers needed 510,000 tons of steel to construct the massive dam. To put that in perspective, with the same resources you could build sixty different Eiffel Towers.

Though the Three Gorges Dam tends to attract more negative attention, there have been some noticeable positive benefits of using the dam.

The Three Gorges Dam was engineered to serve three main purposes flood control, hydroelectric power production and navigation improvement, which some believe, is also a great advantage of having the dam.

The Three Gorges Project Took Decades to Become a Reality

Over the years, the idea of building a dam large enough to hold the Yangtze River at bay seemed unfeasible for all who tried to undertake the task. After Sun Yat-Sen proposed the creation in 1919, the Three Gorges Dam was not discussed until 1944 into 1946.

The Republic of China signed a contract with the U.S. Bureau of Reclamation to design the dam in 1946. However, this project was quickly abandoned due to the Chinese civil war that followed World War II. There were multiple attempts to build the dam in the 1950s and in the 1970s, yet social turmoil always forced the project to be postponed.

The first day of construction on the Three Gorges Dam did not officially begin until December 14, 1994, with it being in operation by 2009. There are consistent adjustments to the dam being made every so often to this day.

Three Gorges Was Delayed Since the Beginning

Since the Three Gorges Dam was announced in 1994, the project was writhed in controversy and delays.

The project was originally slated to complete in 2008 but spiraling costs, environmental concern, Chinese political corruption, and resettlement issues caused the project’s progress to slow and at times halt, causing more bad than good for locals.

One of the biggest controversies surrounding the Three Gorges Dam is the amount of damage the dam does to the environment.

Estimates state that 70% of China’s freshwater is polluted and the dam could be making it a lot worse. The dam sits on top of old waste facilities and mining operation. Not to mention, 265 million gallons of raw sewage is deposited in the Yangtze River each year.

When the project was constructed, 1.2 million people were forced to relocate and find new homes.

Seasonal flooding of the Yangtze River has been a major cause for concern for the people afflicted by the natural disaster for countless years. The Yangtze River is the third longest river in the world, snaking 6,357 km across Asia.

The Three Gorges problem helps keep the river at bay during the flooding season, helping protect millions of homes and lives downstream as well as important cities that sit adjacent to the Yangtze like, Wuhan, Nanjing, and Shanghai.

The reservoir that has been created by the dam measures 405 square miles in area.

The amount of energy that is generated is so massive, the Three Gorges dam is said to largely support the entire nation of China.

In the region surrounding the Three Gorges Dam, you will find it is the home to 6,400 plant species, 3,400 insect species, 300 fish species, and more than 500 terrestrial vertebrate species.

The dam has not only affected these species but also the environment they live in.

Erosion of the reservoir has triggered landslides and has even threatened one of the world’s biggest fisheries in the East China Sea. The dam is so massive that it has created a microclimate that has threatened the ecosystem of the region.

Three Gorges Has been Costly

The Three Gorges Dam as not cheap at all. Estimates for the total cost of the dam have ranged everywhere from $25 billion and have soared as high as $37 billion by some counts.

The project was even met with some pushback by the Chinese parliament because of this cost as well as the 140 towns, 13 cities, and 1,600 settlements (historic sights) that were lost when the dam was constructed.

It Has Slowed the Rotation of the Earth

The secret behind this phenomenon is inertia. If it hasn’t been established yet, the Three Gorges Dam is massive. When the dam is at its maximum, the reservoir holds 42 billion tons of water. A shift in mass that size does affect Earth, increasing the length of a day by 0.06 microseconds.