Holograms have been taking the world by storm. Here are just some of the futuristic projections that have been leading the charge.

Few things seem quite as futuristic as holograms and holographic projections. 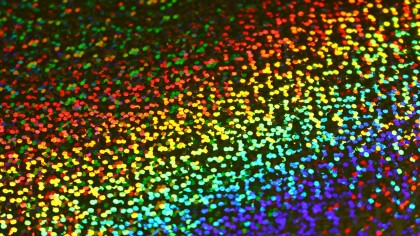 Having said that, a lot of the things we class as being "holograms" aren't exactly holograms in the strictest definition of the world.

For the purpose of this article, we'll be looking at any projection that creates a 3D image or the illusion of a 3D image, through various different methods.

From concerts and advertising, to communication and art installations, holographic projections have been delighting and astounding audiences all over the globe.

Here are just some examples of mind-blowing holograms that have more to them than just stunning visuals.

1. The Tupac Hologram: The Act that Kickstarted the Hologram Trend

There have been plenty of similar performances since, but the 2012 Coachella performance - which saw Snoop Dogg rap alongside a virtual rendering of Tupac Shakur - was a watershed moment in music and hologram technology. While headlines reported the display as a "hologram", it can more accurately be described as a "Pepper's Ghost" - an optical illusion that dates back to the 19th Century.

While the image of Tupac himself was carefully rendered through state-of-the-art CGI by Digital Domain, the overall 3D effect of him strutting the stage was created through more analog means.

The stage was fitted with a pane of glass, behind which was a projector playing the animation of Tupac. The image bounced and reflected off the glass, giving the illusion of a three-dimensional figure.

2. Hatsune Miku: Blurring the Lines Between Cartoons and Reality

You may have already come across videos of Vocaloids - the fully-synthetic Japanese pop stars whose voices and images are created entirely on computers. Perhaps the most famous Vocaloid is Hatsune Miku, a pig-tailed anime superstar who delights human audiences all over the globe.

Much like Coachella's Tupac stunt, Miku is brought to life through computer graphics and carefully-placed glass panes. Through doing this, she can not only tour the world without actually traveling, but also blur the lines between cartoons and our reality.

Though the technology behind her performances is old, the Vocaloid trend has opened the door for an exciting future of performers who don't need to be human or even physically present to entertain us.

3. Holograms For Freedom: Technology Gets Political

In 2015 a mob of holographic protestors marched to the Spanish parliament as part of the world's first ever virtual protest. The protest was in response to a so-called "gag law", which saw heavy penalties directed at Spanish citizens who protested in person outside of government buildings.

It was a clever way to work around the prohibitive new laws, and also a major moment in hologram technology. The images were created from 2,000 submissions by citizens, who sent their own likenesses to be used in the protest. Organized in large part by Javier Urbaneja, the display consisted of a large transparent scrim onto which the images were projected.

2015 proved to be a landmark year for hologram technology. Not only did it see the first ever holographic protest, but also the unveiling of touchable holograms.

The lasers burst forth at one quadrillionth of a second, and create three-dimensional images by ionizing the air. Apparently, the tiny apparitions feel not unlike sandpaper. The future application of such technology could bring us closer to realistic holograms that not only look real, but feel real too.

Ever the innovators, Pixie Dust Technologies attracted more attention in 2016 for their Holographic Whisper - a device that concentrates sound into a visible, 3D shape. The remarkable technology uses ultrasonics to suspend soundwaves in thin air.

These soundwaves are concentrated into a single focal point, allowing them to operate similarly to speakers without any of the hardware. With technology like this available, maybe someday concerts and events where holographic sound is used instead of speakers could become the norm.

Their holograms caught the attention of the press in 2015 as some of the first holograms that didn't require a screen for their projections. The groundbreaking technology didn't come together overnight though.

The first Aerial Burton prototypes ionized the air into a plasma so hot that it could burn through leather. By quickening the speeds and frequency of their laser bursts, they were able to make the holograms safe to touch.

In the near future, a hologram could assist you with finding the right items in a store. That's all thanks to VNTANA and their partners, Satisfi Labs, who have created a holographic AI that could greet and serve human guests.

While Satisfi Labs handled the AI side of things, VNTANA provided the hologram technology. The projection responds in real-time to human users, and utilizes cloud technology to learn and adapt to its role. The hologram would even be able to order out of stock items for a customer, should they request it.

Australian company, Euclideon, unveiled their hologram table last year and it's cited to be available for purchase at some point this year. The table is the first of its kind, in that it allows multiple users to interact with data visually.

Users have to wear special glasses in order to interact with the table's holograms, which separate the light frequencies and arrange the image as it's meant to be seen. Application of the tech ranges from everything from military strategies to architectural design.

9. The Princess Leia Project: Recreating the Most Iconic Hologram Ever

There are few fictional depictions of holograms as iconic as that of Princess Leia's desperate plea for Obi Wan's help in A New Hope. The famous scene inspired generations of scientists and engineers, so it's not surprising that researchers at BYU decided to use their breakthroughs to recreate the film's holographic message.

Leading the project is Daniel Smalley, who is quick to explain that the image of Leia is not technically a hologram, but rather a volumetric image. A volumetric images are created by trapping a particle with a laser. When the particle is moved by the laser, it creates the image. Smalley describes the process as being similar to that of a 3D printer, but using light in mid-air.

10. Hypervsn: Changing How We Advertise

Of all the entries on this list, Hypervsn probably looks like most like something out of a sci-fi film. The impressive displays can be used to advertise pretty much any product, and appear like 3D objects floating in the air.

It's important to note, however, that Hypervsn doesn't create holograms in the strictest sense. Instead, the image is the result of LEDs spinning quickly to create the illusion of a three-dimensional object.

The collective is made up of artists and engineers who create everything from large-scale projection-mapping events to interactive installations. Their work typically uses a combination of projection, motion-tracking technology, and augmented reality techniques.

12. Volume by Looking Glass: Your Own Hologram Player

Soon you could be watching holograms in the comfort of your own home as casually as you watch TV. In 2016 Looking Glass revealed Volume - a device they're marketing as a personal volumetric display.

The device appears like a glass box, and allows users to view and interact with volumetric images without the aid of glasses or headsets. Looking Glass promises a host of possible applications for the tech, including allowing expectant mothers the opportunity to view scans of their unborn babies in full 360 degrees.

13. TeleHuman 2: The Next Best Thing To Being There In Person

Who needs Skype when you could chat with a life-sized hologram of your loved ones? Earlier this year, researchers from Canada's Queen's University unveiled TeleHuman 2 - a holographic platform for chatting in real-time with a fully 3D, 360 degree display.

Three cameras record the image of the person whose likeness is being transmitted, where it is then transmitted and displayed within a glass cylinder. The reflective glass, paired with a hoop of 40 projectors, gives the image its 3D appearance.

These highway safety signs cause more crashes than they prevent