The 14 Best Engineering-Inspired Fixes in a Pinch

Necessity is the mother of innovation, but we're also pretty sure necessity is also the number one call for duct tape fixes. These 14 projects clearly resulted from fixing life's mistakes in a pinch.

Let's start off with the "galaxy's shittyest [sic] solder spool": 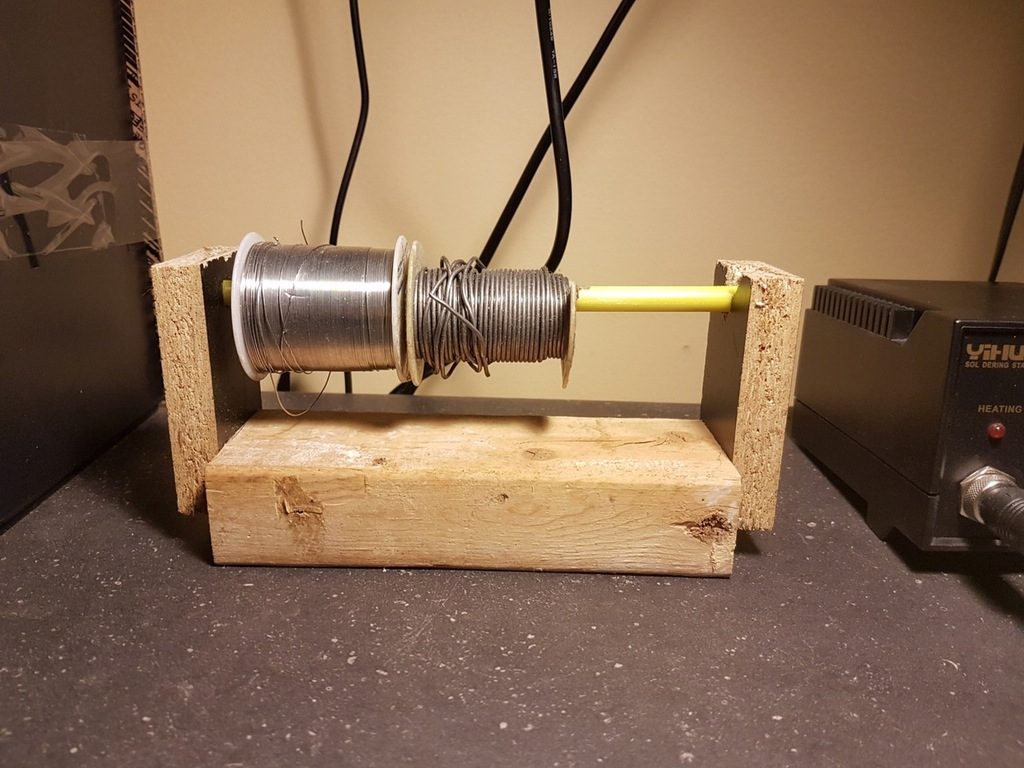 According to Reddit user NoradIV, the base is a 2 x 3, the tube is fiberglass and the sides are made of melamine. NoradIV said the whole thing was "100% eyeballed."

Speaking of eyeballs, this quick fix might distract more than it should help: 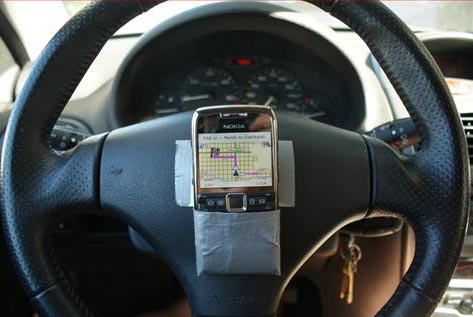 We don't know exactly who is responsible for this gem, but we wouldn't be surprised if it's been done before being documented like this. We just have one question: what about the airbag?

That's not the only bit of interior engineering we've seen: 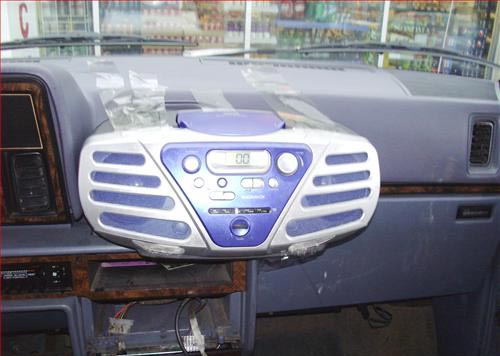 But you'll need something else to keep your coffee warm while you engineer brilliance. This engineer managed to craft a quick fix: 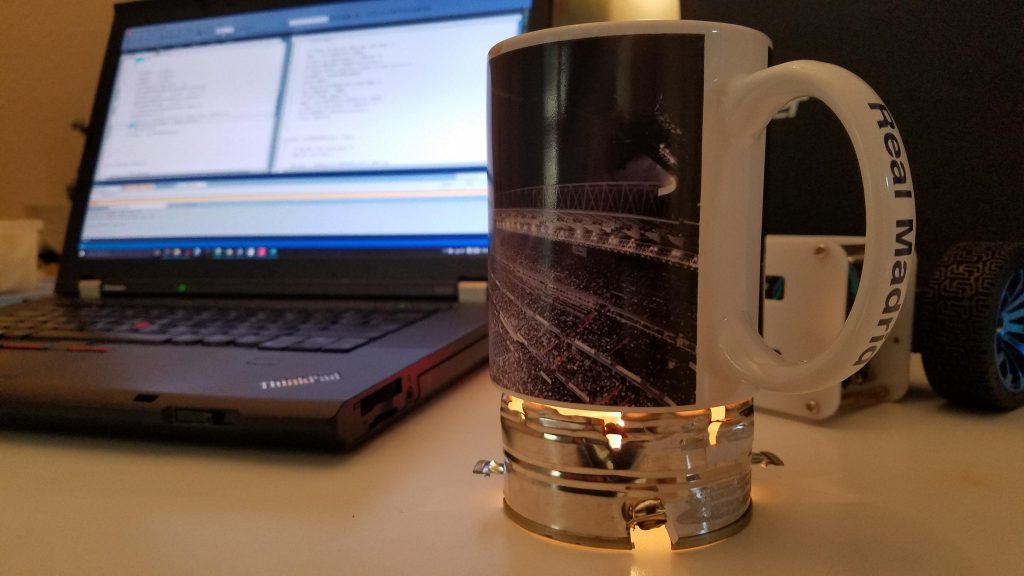 Sure, the mug might get a little sooty at the base, but it's worth it for consistently warm coffee during long work hours. (Guaranteed engineer by the ThinkPad laptop in the background.)

And, in dealing with computers, here how another user had someone fixed a router. 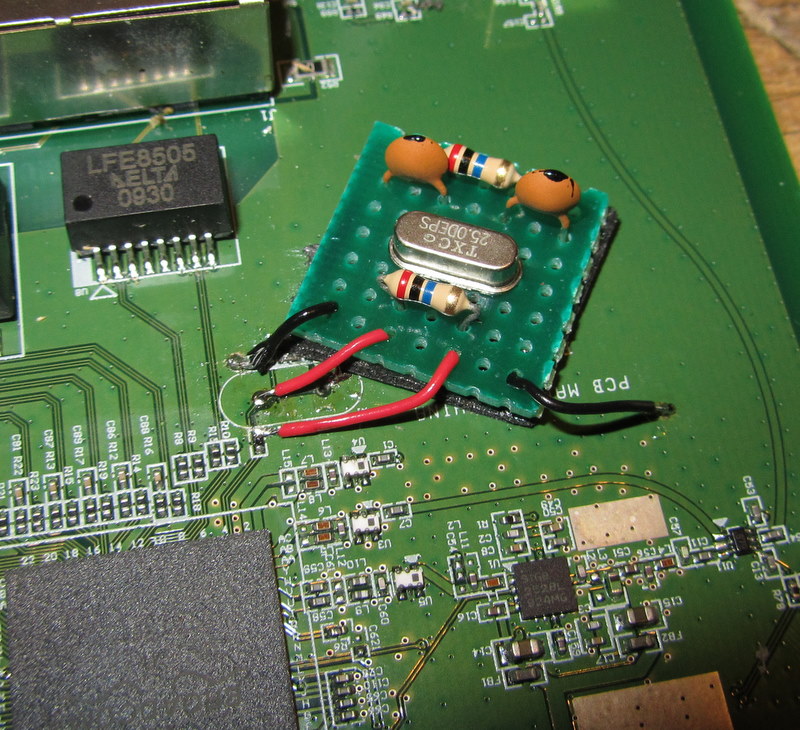 While this might not be the cleanest engineering feat, it certainly works by simply reconnecting the circuit. 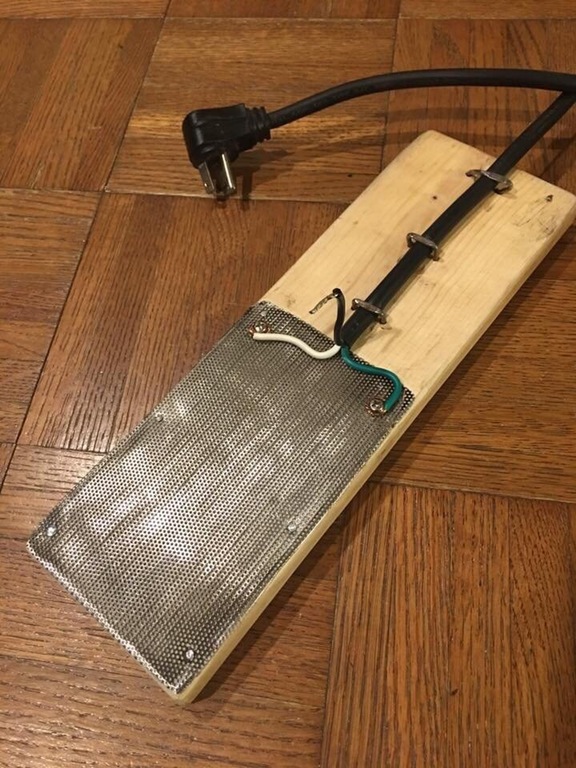 How smart are the mice in your house that you need to install this electrified mouse trap? On the surface, it definitely seems like something that would work (either by electrifying the mice or burning them to a crisp in a house fire from this contraption). 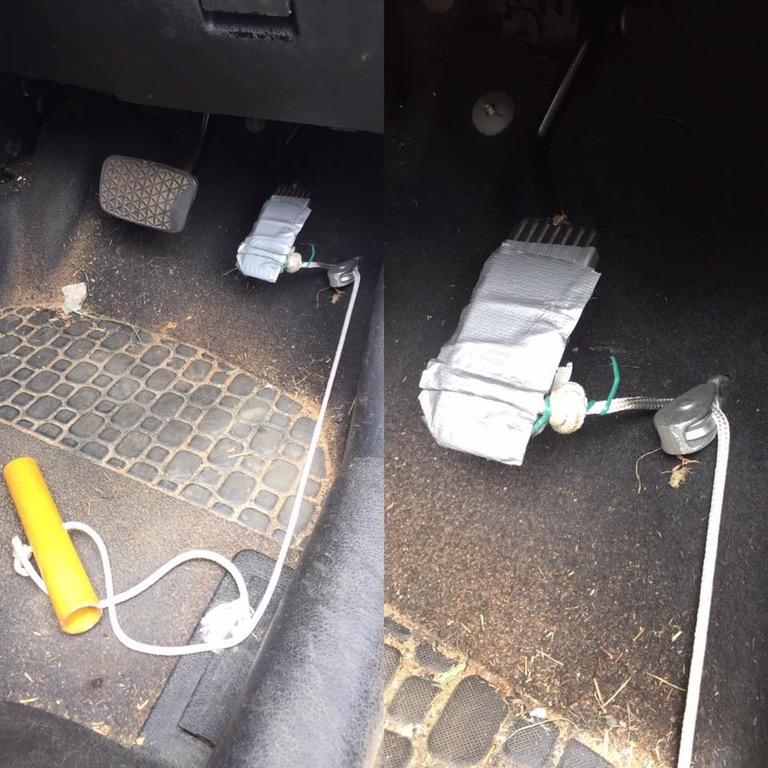 Leg days at the gym suck, and driving home after your legs have become jello can seem like a workout itself. This Reddit user decided to solve the problem by adding a small pulley/rope system to his brakes, and if it's the throttle, the scarier idea is letting friction from the road slow you down especially since this guy can't push a car pedal. Does this count as arm exercise?

What about needing to relax? One imgur user decided to share a pretty brilliant solution for a pool heater: 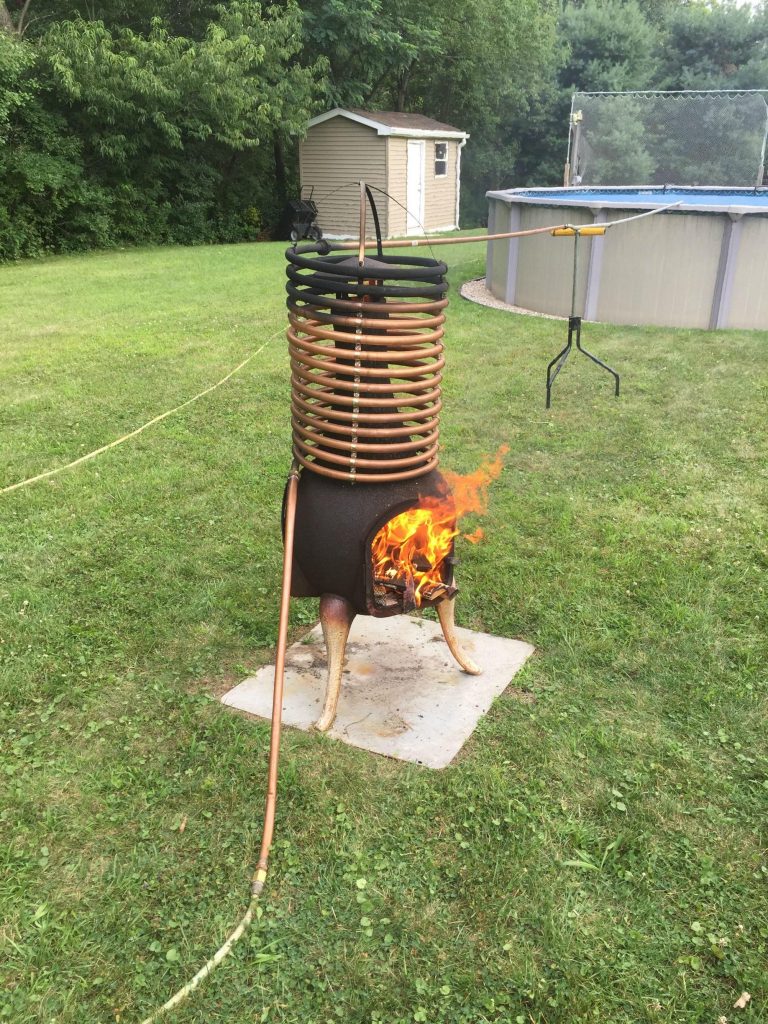 User jskoker called it a "white trash pool heater," but we see nothing but a clever solution.

jskoker isn't the only one to heat a pool. Imgur user yzmotoxer807 whipped up a clever solution to heating a hot tub. 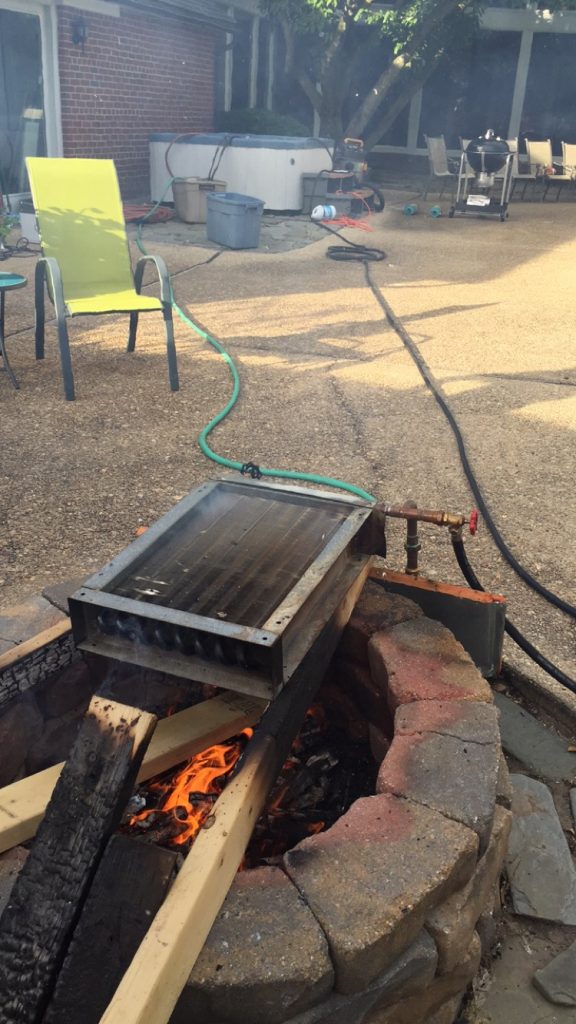 Click on the photo source link for a full (and hilarious) detail of the whole process. 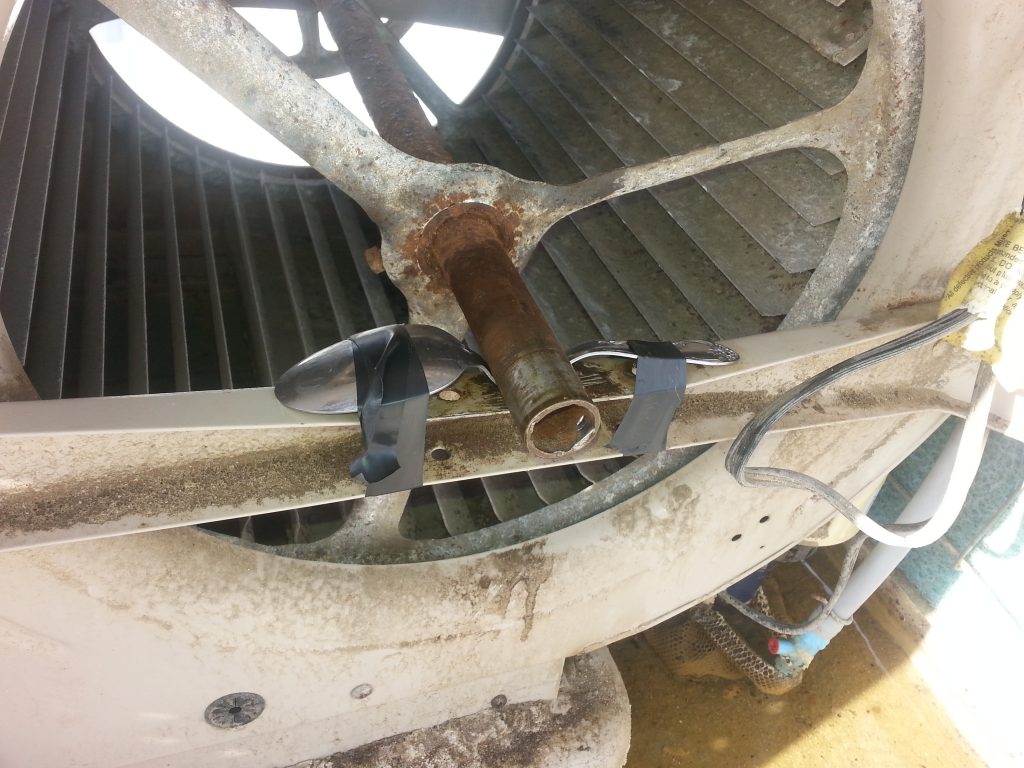 The caption says it all: "the manufacturer bearing was complete shit and didn't even fit on shaft, so I improvised. Works perfect." While we applaud the quick thinking, you might want to look into a more long-term solution because a traditional dinner spoon won't last forever. 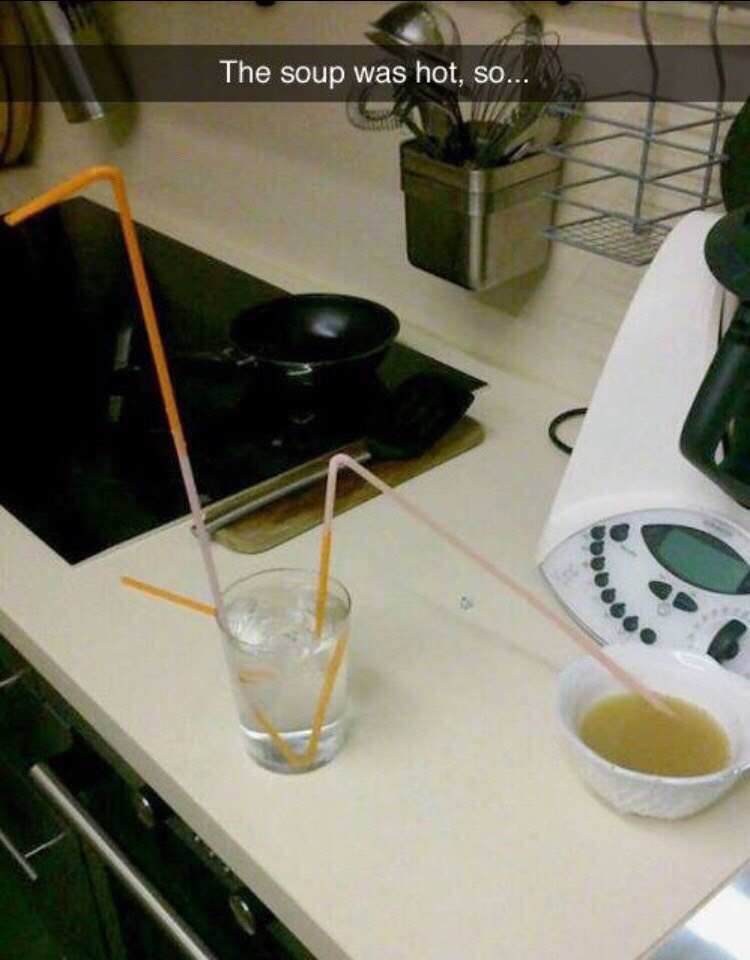 This engineer thought the soup was just a bit too hot. Someone clearly understands the principles of stills. Well done!

Speaking of frustrations when liquids get too hot: 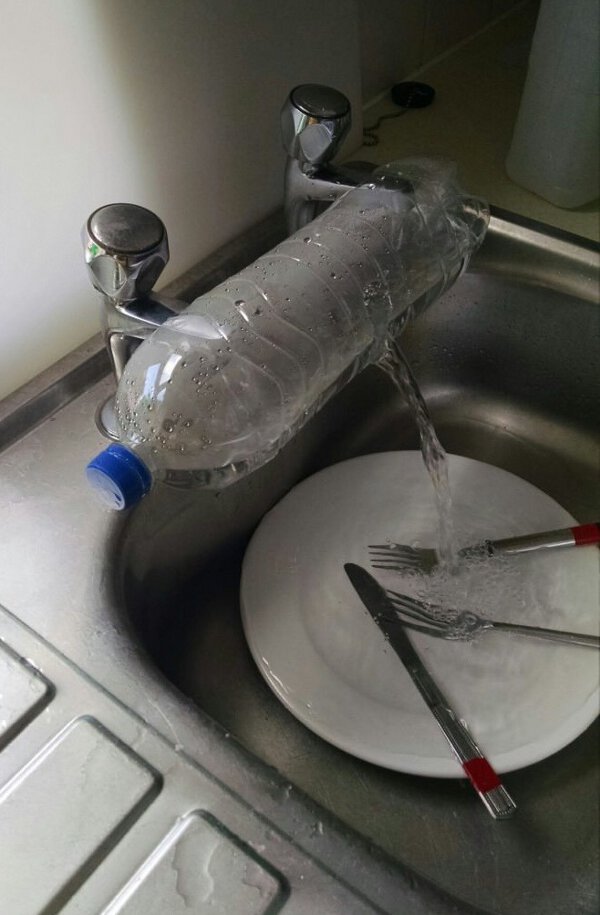 For hundreds of thousands of homeowners, this two tap sink system is their reality. (Looking at you, Brits.) This user clearly got sick of waving his hands between scalding hot or ice cold water, so he made a brilliant solution and found a temperature that's just right. 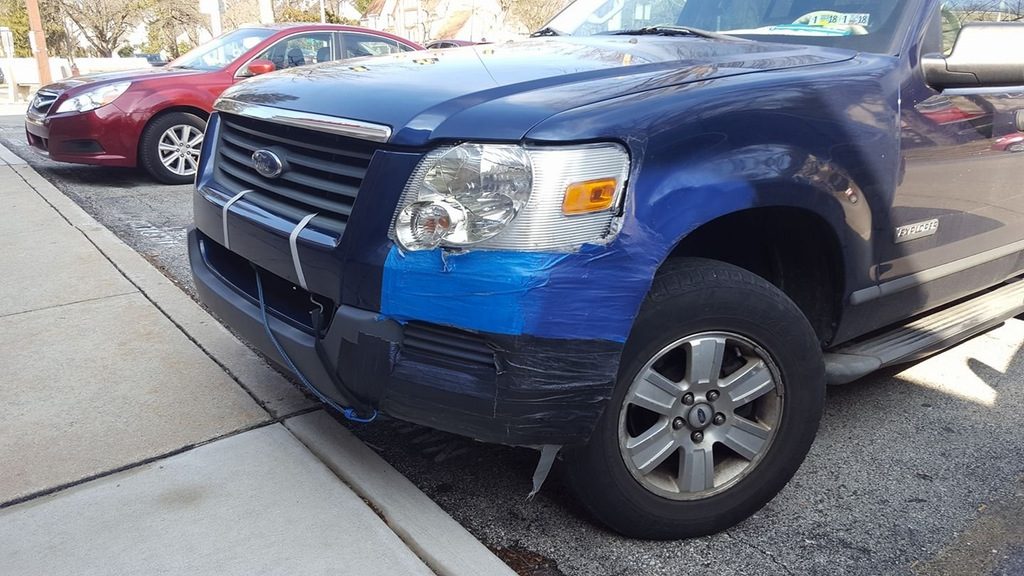 This driver used some really interesting design skills. Who said duct tape can't save everything? No telling how long this will stay looking so pristine, but for now, it works!

Well, we've finished up this list. No need to cry. You can wipe away your tears away with this: 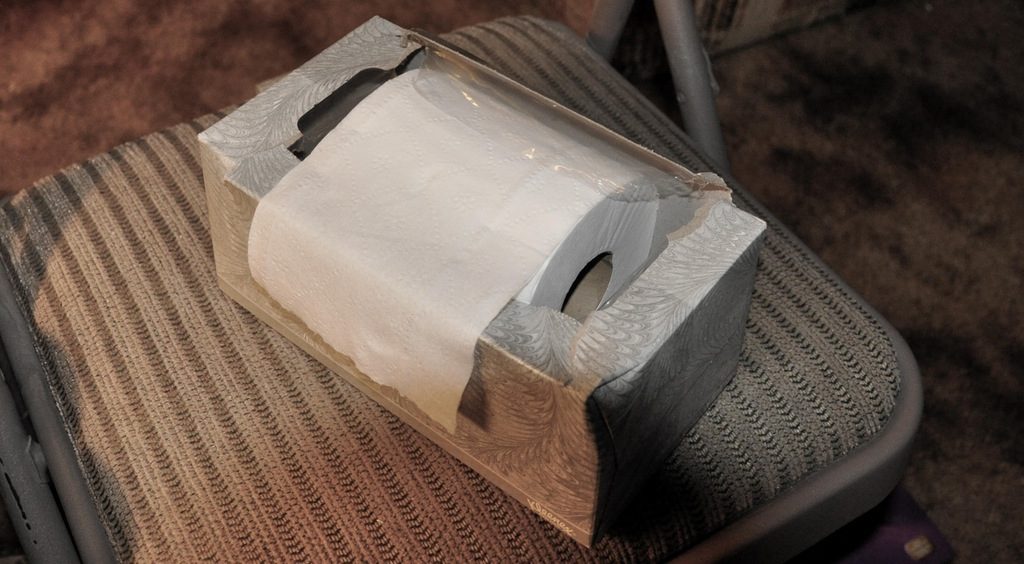 Have genius fixes for your own inventions? Tell us about it in the comments below! Want more gems? Be sure to follow the RedneckEngineering page on Reddit.