15 Amateur Mechanics Who Turned Their Cars Into Works of Art

Think you could DIY an art car? Get some inspiration from these amazing artistic vehicles.

While many customize their cars to better reflect their individual style, there's a whole global community dedicated to customizing cars for the sake of art. 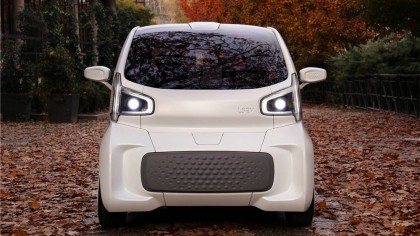 So-called "cartists" take base vehicles and turn them into something truly spectacular - moving works of art that capture the imagination and push the boundaries of how vehicles can look.

There are festivals and events dedicated to art cars all over the world, like the annual Houston Art Car Parade in the US and India's Cartist Automobile Art Festival. One of the big calendar events for car artistry is the Burning Man festival which, while not exclusively devoted to car art, encourages attendees to create what they call "mutant vehicles".

The most interesting aspect of this mechanical art form is that so much of the art is produced by amateurs and artists who don't have a background in mechanics. Check out some of the most incredible works of art created by these amateur mechanics, and get a strong dose of inspiration.

1. Cat of a Different Color: Furry Fun from Recycled Materials

Created by Project CDC, the Cat of a Different Color features a fiberglass base covered in faux fur. They plan to eventually make the car a fully animatronic cat, capable of a range of articulation.

For now, the eyes, ears, mouth, tail, and paws can move thanks to a system of servos and actuators. The car also features 720 LED lights, allowing it to light up the night in spectacular colors.

Built by Truant Studios' William T. Burge, The Phantom began with only a VW motor, an axle, suspension and steering. Burge built the entire body from scratch, welding small pieces of steel together to create the car's iconic look.

It features three imposing gargoyle heads, and its design is based on that of a 1936 Bugatti Atlantic.

3. The Carthedral: A Cathedral on Wheels

Built from a hearse and topped with a VW Bug, Rebecca Caldwell's Carthedral is an ambitious gothic car art piece.

The piece is entirely street legal, and features spires, buttresses, and other gothic flourishes you'd expect to find in a several-centuries-old church.

I CAN'T wait to go see THE ADDAMS FAMILY MEETS MAD MAX when it comes out in the theaters! :D #Carthedral

Created by collage artist, Ann Harithas, Swamp Mutha is a mobile ode to the bayous and swamps of America. It is now housed in the Houston Car Art Museum, allowing visitors to get an up-close and personal view of the incredible vehicle.

The Chevy features not only skull and alligator adornments, but also a series of detailed and evocative paintings across the body of the car, and gold-rimmed wheels.

5. The Golden Mean: The Intersection Between Mathematics and Art

Named after the mathematic principle behind aesthetics, this giant snail was created by blacksmith and artist Jon Sarriugarte. The base of the project was a 1966 VW Bug, which only seems fitting.

The car comes equipped with an 800-watt sound system and can shoot rings of fire from its head.

#snailcar at #firstfriday in #oakland #artcar

The remarkable mobile house made its debut in 2006, and has been wowing spectators at festivals and art car events since. Created by Obtainium Works, an art collective based in California, it is one of several projects that attempts to create mechanical art from found items.

Created by creative community, Moonwalk Mission, the Bixi 909 can carry up to 100 people. It features a pagoda housing a DJ booth, as well as a dance floor and stripper pole.

Bixi's dragon head can spit flames, and is maintained by a camp of up to 120 people each year.

The Golden Gate Bridge debuted at 2013's Burning Man to a hugely positive response. Built and operated by Reno's No Town Beats, the art car brought the spirit of a San Francisco landmark to the middle of the desert.

The bridge's platform operates as a stage for DJs, allowing the car to travel and host musical events.

9. Thor: The Norse God of Cars

Built in Denver, Colorado, the Thor art car started as a Burning Man mutant vehicle project. Since its debut at the festival, it has traveled the world.

The double-decker vehicle is a mobile party space, with lightweight metal framing providing the basis for its iconic helmet.

Its enormous dragon facade sits atop a GM bus, and its articulated mouth can shoot flames.

Created by Mark Hegenbart, and constructed and maintained by a crew of volunteers, Headspace is a car art piece that seeks to represent mental health.

The two-level vehicle features a ramp for accessibility, as well as a fiber optic grid and programmable light show.

Inspired by Scrubby Bubbles cleaning products, the Scrubby Bubble bills itself as the "cleanest art car". Created by Eddy Bullock, Scrubby is built from a 1950s mini fire truck.

It features a thin, motorized metal scaffold that allows Scrubby to spread out over the heads of admirers, not unlike an umbrella. Scrubby also includes a PA system for good, clean fun.

The first iteration of the DiscoFish was a van covered in CDs, creating a scaly effect. The DiscoFish team continued to grow and up their skills, resulting in the massive Angler Fish vehicle that tours the world today.

DiscoFish's base is an E350 bus - an everyday vehicle totally unrecognizable from the mobile light show that the DiscoFish has become. In 2015 the car exhibited its first run of autonomous technology, making it a fully-fledged self-driving party vehicle.

I love me some #discofish sad to see it's gone #mutantvehicle

14. The Clockship Tere: A Steampunk Fantasy Come to Life

Constructed almost entirely from scrap by budding amateurs led by Andy Tibbetts, the Clockship Tere had its debut at Burning Man - the mecca of art cars.

It features a fire-shooting steel mast measuring almost 33 feet (10 meters) and a 10 foot (3 meters) front wheel. The Steampunk-styled ship is powered by a three cylinder engine, and has a fully-functioning steering wheel in the captain's deck.

15. Utility Kinetic Insect: Buzzing All Over the World

The Utility Kinetic Insect was created by Australian team Make Mob - a gang of engineers and designers based in Melbourne. The team was inspired by the resilience of insect life in the harsh Australian climate.

The car features electric actuators, which give the mechanical insect a realistic range of articulation. It also houses a DJ booth, and lights which pulse in time with the music.

Where are the flying cars? Why a century-old dream still hasn't taken off