Here is a list of spectacular man-made marvels created by ancient civilizations without the aid of modern technology.

Human beings from the start were builders or in a way, creators. As the years went by, we learned more and more about architecture and began to emphasize more on the aesthetic side of the things. 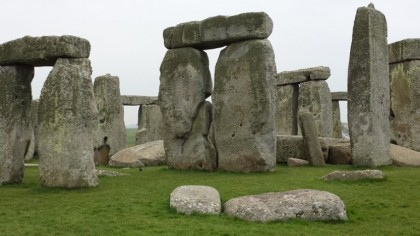 Today, we know this had happened because of the remnants of the past that still stands to tell their story.

In the ancient world, long-distance communication was something that was barely imaginable. This meant that the continent, country or city had to develop their own version of architecture and design language.

This meant that the eastern and western parts of the world had structures and buildings that were different in terms of engineering, concept, and looks.

From the Ottomans and Portuguese to the British, each era added their own flair. This article is an attempt to look at ancient architectural wonders, specifically from the eastern parts of the world.

They are diverse and some have their own mysteries, and certainly make up a good read!

1. The Great Wall of China

Let’s start the list off with a creation that is touted as the longest man-made building in the world. Even though the official number when it comes to its length is set at 5500 miles, its original length is estimated at a whopping 13,170 miles.

It has been found that The Great Wall of China was not just built under one dynasty, but at least four different dynasties during the 7th and 8th century BC. This is to be expected as its construction lasted for at least 2500 years.

The wall was commissioned by the Emperor Qin Shi Huang who wanted to protect China from outside forces.

This was primarily due to the harsh working conditions that people had to face while building the Great Wall.

Built in 16th century Moscow, the Saint Basil’s Cathedral is one among the most recognizable man-made building of the world. It is also among the list of world heritage sites by the UNESCO.

The Cathedral was built by Ivan the Terrible who had sanctioned it in the year 1554. The purpose of the cathedral was to showcase the military prowess that Ivan had over Russia during his reign.

The legend surrounding the Cathedral and Ivan states that Ivan had purposefully blinded the architect so that he may not replicate the intricate design of the cathedral for any other of his works. The official name of the church is the “Church of the Intercession”, however, it got the name “The Saint Basil’s Cathedral after the death of Basil, a commoner who is known for his prophetic powers who was buried in the cathedral.

The Cathedral has nine chapels and is undoubtedly the best sight in the Red Square.

Taj Mahal is one among the seven man-made wonders of the world and is something of sheer beauty made in lustrous white marble. The structure was built between the years 1631 and 1648 and was ordered as a memorial by the Mughal Emperor Shah Jahan to his late wife Mumtaz.

The Taj Mahal closely follows Islamic architecture melded with Persian and Indian design language. It is situated in Agra, India.

The structure required a labor force of 22,000 workers, consisting of common workers and stone cutters. With such a large workforce, Taj Mahal took 17 years to finish.

Taj Mahal also had many precious stones embedded in its structure; however, it is believed that most of them were pried out and stolen by the British during the rebellion.

Meet the world’s oldest wooden temple, the Horyuji Temple situated in the Japanese city of Nara. The temple was first constructed in 600 AD.

However, due to a fire breakout, some parts of it were destroyed. The damaged parts of the temple were reconstructed during the time 700 – 800 AD.

The Horyuji Temple is a Buddhist temple that perfectly encapsulates Japanese Architecture. After viewing the Horyuji temple, you’ll realize that most of the other Japanese structures including homes follow the same design language.

The main attraction of Horyuji temple is undoubtedly the five-storied wooden pagoda, which is the most ancient wooden part of all the temple structures in the area. The central pillar of the pagoda extends three meters below the ground, giving it central support that is strong and uncompromising.

Chand Baori “The City of Brightness” is situated in India and is intricate in any angle you look at it! The Chand Baori was built in the 10th century as a step well. Today it is still one of the world’s deepest step wells.

It makes sense that the Chand Baori span so much into the earth surface as it is constructed on the edge of the Thar desert, one among the hottest places in India. The structure has about 3500 steps that are put together in a zig-zag fashion, creating a unique symmetry that is guaranteed to make you in awe of the workmanship of an age where they had no sophisticated tools to ease the work.

Leshan Giant Buddha gets the name due to the fact that it is the largest carved Buddha statue in the world. The statue measures 71 meters high and has sculpted in a sitting pose, facing Mount Emei.

The statue is carved from a cliffside, with the project beginning in the year 713, taking 90 years for its completion. The brilliance of this ancient engineering lies in the drainage system that is built with the statue.

This actually helps the soil from eroding, enabling the build to stand the test of time.

In Indonesia sits the largest Buddhist temple in the world, the Borobudur. The structure was built in the 9th century.

When you see this manmade structure, you will be amazed at how perfectly they have arranged and stacked the stones to complete this temple.

And did you know that Borobudur doesn’t use any adhesive to keep the rocks together, even when it is high as a ten story building?

Yes, instead of a binding compound, the stones are shaped in a certain pattern so that they interlock with each other when placed in a certain order.

Borobudur is also a UNESCO world heritage site and had been restored in the years 1975 to 1982 by UNESCO and the Indonesian Government after some parts of the temple had been damaged.

The reason why the Mohenjo-Daro, an entire civilization, is on the list is because of its builders' ingenuity that is evident throughout their buildings. Mohenjo-Daro is situated on the Indus valley, Pakistan.

The precise date of origin of the Mohenjo-Daro civilization is yet to be confirmed. However, there is a vague timeline that stretches its age as being 5000 to 8000 years old, positioning it as one of the oldest civilizations in the world.

Mohenjo-Daro carried 40,000 occupants and was built on an idea of city planning. The complex, yet carefully laid out sewer and drainage paths means that the Indus valley occupants paid tremendous attention to the city’s design.

One among the largest religious temples in the world, the Angkor Wat was originally a Hindu temple situated in Cambodia. The Temple was built in the 12th Century as a place of worship dedicated to Vishnu.

However, it was later changed into a Buddhist temple towards the end of the 12th Century.

Angkor Wat is recognized by the UNESCO as a world heritage site. The temple spans over 402 acres and contains numerous sculpture and statues that are in ordinance with the Hindu architecture.

The Cathedral was built between 301 and 303 AD by Said Gregory the illuminator. The structure is made out of stone and has beautiful domes that add to its flair.

The Cathedral is still operational today and is presently the Armenian Apostolic Church headquarters. The Etchmiadzin Cathedral is also known as Armenia’s Mother Church.

11. The Pyramid of Giza, Egypt

It is unlikely that you have not heard about the Pyramid of Giza, the oldest of all the Seven Wonders of the World. The Pyramid of Giza is built using stones, a lot of them, around 2.3 million to give an approximate figure.

This effectively puts the Pyramid’s weight at 5.9 million tons.

One among the many wonders of the Pyramid is the mortar that was used to adhere the stones together. Even today, archeologists and scientists cannot replicate the mortar, which was stronger than the stones themselves.

Built in the 1600s, the Blue Mosque as it is commonly called is a thing of sheer beauty. The actual name of the mosque is Sultan Ahmed Mosque and was built as a place of worship.

Located in Istanbul, Turkey, the Mosque is a central tourist place and the traditional Islamic architecture coupled with Byzantine Christian elements is prominent throughout the structure.

One among the eye-catching features of the Blue Mosque is the five central domes, six minarets, and eight secondary domes. The hand-painted blue tiles earned the name “Blue Mosque” which is again accentuated at night when the light is shone on its surface from the five domes.

One of the most recognizable architectural marvels of Egypt is undoubtedly the Great Sphinx. The Great Sphinx was not made using any sort of blocks or tiles, as it was carved from a bedrock that is situated in the Giza Plateau.

The purpose and the motive behind the construction of The Great Sphinx is still a mystery.

14. The Temple of Bacchus, Lebanon

If you are familiar with the Parthenon in Athens, then you will find that both structures are very similar.  However, the Temple of Bacchus is larger and has held up pretty well over the years when compared with the Parthenon.

Situated in Lebanon, the Temple of Bacchus was built for the Wine God, however, there are still debates going on that piece of information as to whether it was built for the Wine-god or for the god of ecstasy. There is, however, no dispute on the fact that the Temple of Bacchus is one among the most architecturally magnificent structures in Baalbek.

The Temple of Bacchus is recognized by the UNESCO as a world heritage site.

15. The Great Mosque of Damascus, Syria

The Great Mosque of Damascus, also known as the Umayyad Mosque, is the oldest standing stone mosque in the world. It was built during AD 705 through 715, commissioned by Ummayad Caliph Al-Walid I.

The Mosque had to undergo several restoration works, but still carries the same design language from when it was built. There is a large central courtyard with minarets on the sides, the Jesus minaret being the tallest.

The mausoleum of the great sultan of Egypt and Syria, Saladin, rests in a garden outside the Mosque, adding even more prominence to the Mosque.

If you compare the architecture that is used in the Eastern parts of the world with the West, you clearly see how both of these are different in terms of design and structure. The similarity, however, lies in showcasing human’s creativity and ingenuity at its best!