15 Most Creative and Unexpected Elevator Designs in the World

Here are 15 creative and unexpected elevator designs that take the concept of moving people or goods between the building floors to a whole new level.

An elevator is a truly outstanding invention that takes us up and down a multi-storeyed building with just a press of a button. It is indeed one of the best applications of the Newton’s First Law of Motion, which is also the reason why you get a fuzzy sensation in the head when the elevator moves from the rest position. Apart from a small discomfort though, we all know that elevators have made our lives much easier. But that doesn’t stop mankind from applying creativity to turn these metal boxes into beautiful and unique elevators to become a centerpiece of attraction. 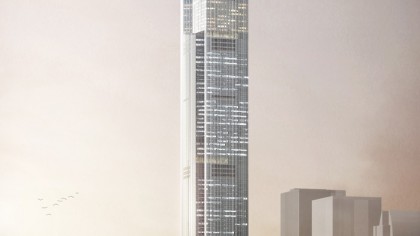 This list highlights some of the most exceptional lifts that show moving up and down doesn’t necessarily have to be inside boring metal boxes.

From an elevator moving through the aquarium to the world’s only bicycle elevator, here are 15 most creative and unexpected elevator designs that take the concept of moving people or goods between the building floors to a whole new level.

The Santa Justa Lift is constructed in the city of Lisbon at Santa Justa Street and connects downtown streets with the Carmo Square situated uphill. Originally designed by Raul Mesnier de Ponsard in 1900, the 45 meters tall lift was powered by steam first and was later converted to electrical in 1907. The Santa Justa Lift offers a great view of Lisbon Castle, the Rossio Square and Baixa from the top. What sets this lift unique is its neo-gothic design having different patterns on each story. It has two elevator booths that can accommodate 24 people and is a famous tourist attraction in Lisbon.

The 630-foot Gateway Arch is situated in St. Louis, Missouri designed by architect Eero Saarinen in 1947. The arch houses windows of observation around the apex and to reach there, passengers enter an egg-shaped compartment with a flat floor. A total of eight compartments link together to form a train and each of them retain an appropriate level by rotating every 5 degrees periodically to maintain correct orientation. It takes four minutes for the train to follow the curved tracks on the leg of the arch to reach the top and takes another three minutes to come down. The transparent glass panes on each compartment allow passengers to view the interior stairways and the arch structure during the trip.

Hammetschwand Elevator is Europe’s highest external elevator situated in Switzerland. Built in 1905, the lift takes passengers to 3,700 foot above sea level for a spectacular view of Lake Lucerne. The elevator compartments were originally made up of wood and sheet metal. However, in recent years, the elevator was overhauled and replaced with high-strength metal and glass. The speed of the lift was also increased as the lift now takes just one minute to reach atop compared to three minutes earlier. This quick ride provides one of the finest views in Swiss Alps, making it one of the famous tourist attractions in Switzerland.

Lacerda Elevator (Elevador Lacerda) connects the old and new part of Salvador with four elevators that travel at a speed of 72m in 30 seconds. Built in 1868 to replace the manual rope-and-pulley elevator, the lift provides access to more than 30,000 people a day to travel between Cidade Alta and Comércio. Apart from serving as a means of transportation, the elevator equally provides a scenic view of the bay coastline situated below.

Taipei 101 is a 101-story building consisting of 67 elevator units that move at a sky-rocking speed of 1,010 meters per minute. It takes just 37 seconds for the passengers to move from the 5th floor to 89th floor of the Taipei tower. The lift was once also the world’s fastest, but in 2016 this record was broken by NexWay lift installed in Shanghai Tower in China for traveling at a speed of 73.8 km/hour.

Also called the ‘Hundred Dragons Elevator’, the lift takes passengers up the side of massive cliffs in Zhangjiajie, China. The lift is not only one of the popular tourist destinations but has also set three world records for being world’s tallest full-exposure outdoor elevator, tallest double-deck sight-seeing elevator and fastest passenger traffic elevator with highest carrying capacity. The glass lift is capable of carrying 50 people at once offering spectacular views down to the bottom of the mountain range in the area.

Louvre Elevator situated in the Museum of Paris is one of the unique elevators in the world powered with hydraulics. The futuristic design gives a smooth ride for the guests to enter and exit the museum. The circular platform uses hydraulic power and the guests can easily step onto the slide-out walkway that appears when the platform comes to rest.

The Luxor Hotel Elevator (US)

The Luxor Hotel located in Las Vegas, Nevada has an iconic pyramid construction. Apart from its popular structure, it also houses a unique set of elevators that traverse at an inclination of 39 degrees. The lift provides passengers a view of the hotel’s popular atrium-one, which itself is one of the largest in the world.

The Aquadom is a Berlin Sea Life Centre attraction located at the Radisson Blu Hotel in Berlin-Mitte, Germany. The transparent elevator is placed in the middle of an 82-foot tall aquarium containing more than 1500 fish of 97 different species. These fishes are fed about 18 pounds of food every day by three to four divers. AquaDom is also world’s largest cylindrical tank made up of acrylic glass that secures about 260,000 gallons of seawater.

Rising Tide Elevator is built inside the world’s largest cruise ship, the MS Oasis of the Seas, and claims to the only bar-elevator combo in the world. It can carry up to 35 passengers at a time to transport them from the ship’s Central Park deck to the Royal Promenade. The enjoyable trip takes about 8 minutes, long enough to grab a drink and cherish while you wait.

Globen SkyView is a famous tourist attraction that takes passengers to the top of the world’s largest spherical building, the Ericsson Globe in Stockholm, Sweden. The sphere has a height of 279 feet with a diameter of 361 feet, and on the external surface there are two SkyView glass gondolas that provide a spectacular view of Stockholm for the passengers in a 30 min trip.

The Mercedes-Benz Museum in Stuttgart houses one of the most remarkable elevators in the world. The futuristic elevator pods bolted in the central museum hall on vertical rails look like large metal capsules and connect the ground floor of the museum to the last floor. These pill-like elevators are also accompanied by the sound of a racing car when moving up and down.

Trampe Bicycle Lift is the world’s first and only bicycle elevator built in Trondheim, Norway. The lift was built in 1993 to promote commuter cycling and it requires a passenger to place the right foot on a moving footrest. The lift goes up the steep hill at Brubakken near Gamle Bybro, and takes the cyclist all the way up to the Kristiansten Fort. Trampe is popular among students of the Trondheim University.

The Falkirk Wheel is the only rotating boat lift in the world that transports boats between the Union Canal and the Forth and Clyde Canal in Falkirk, Scotland. Opened in 2002, the lift is turned by 10 hydraulic motors completing one full spin in 8 minutes. The tubs on the opposite side rotate at the same speed as that of the wheel but in opposite direction to level the wheel spins. Despite the need to move the entire 600-ton apparatus, the motors require producing only 30.6 horsepower.

The “MULTI” Elevator System is the world’s first rope-less, horizontal-vertical elevator system developed by ThyssenKrupp, installed in a purpose-built innovation test tower in Germany. This revolutionary system makes use of multiple magnetized cabins that operate on the same shaft up and down as well as sideways on an electromagnetic track. The exchanger mechanisms mounted using carbon-fiber bearings enable the cars to change the direction from vertical to horizontal with ease.