These same researchers laid out climate change predictions in 1992, and most of those have come to fruition -- not in a good way either.

By  Shelby Rogers
Nov 17, 2017
2015 was one of the hottest years ever recorded by NASA/NOAA NASA Scientific Visualization Studio via Wikipedia

Over 15,000 researchers from across the globe issued an extensive list of warnings if humanity continues its habits. The message comes from the Union of Concerned Scientists. That same group sent out an original message in 1992 backed by just 1,700 signatures; in the original document, they laid out a bleak look of humanity's future. Thanks to the power of the internet, the new document is backed by 15,000 researchers across disciplines and representing 184 countries.

Very little has changed in 25 years between documents. If anything, it's gotten worse.

"Soon it will be too late to shift course away from our failing trajectory, and time is running out"

"Soon it will be too late to shift course away from our failing trajectory, and time is running out," the letter warned. "We must recognize, in our day-to-day lives and in our governing institutions, that Earth with all its life is our only home."

Ecologist William Ripple from Oregon State University penned the most recent letter. He wrote, "Humanity has failed to make sufficient progress in generally solving these foreseen environmental challenges, and alarmingly, most of them are getting far worse. Soon it will be too late to shift course away from our failing trajectory."

Since the original document was published 25 years ago, only the hole in the ozone layer has improved. The letter used that event as an example of what can happen when the world collaborates to take decisive action toward a unified cause.

But the issues not addressed since the last letter have gotten considerably worse. The letter noted evolutions in climate change, advancement of deforestation, oceanic dead zones, and a growing limitation to accessing fresh water.

The amount of freshwater available per head of population globally has dropped 26 percent. Oceanic dead zones -- aquatic zones overrun with pollution and oxygen starvation -- have jumped up 75 percent. Global carbon emissions and global average temperatures show increases that won't stop. And all of these problems exist as the human population continues to get larger and get older.

However, Ripple and his 15,000 colleagues still find hope despite the bleakness of not only the data but a growing public aversion to the harsh facts of climate change.

"Humanity is now being given a second notice..."

"Humanity is now being given a second notice ... We are jeopardizing our future by not reining in our intense but geographically and demographically uneven material consumption and by not perceiving continued rapid population growth as a primary driver behind many ecological and even societal threats," Ripple wrote on behalf of the scientists. This letter's group (like the original group) also includes several Nobel Prize laureates. 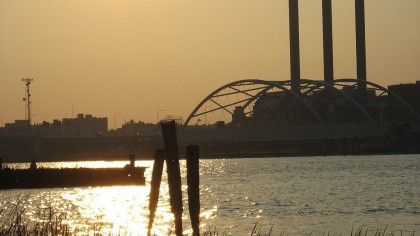 The researchers aggregated data from across the globe, through government and third-party non-profit agencies. According to the letter, this represents the most scientists to ever co-sign and formally support a published journal article.

The letter was posted in the journal BioScience, and you can read it in its entirety here.