16 Great Tweets from Elon Musk That Definitely Made Us Laugh

Elon Musk uses Twitter to make promises, launch products, and crack the occasional jokes that make us all laugh a little. 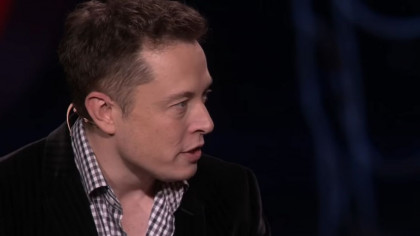 In just 280 characters Musk has made promises to fix South Australia's energy crisis, offered help to save the kids trapped in a cave in Thailand and launched his biggest and best ideas.

But best of all, Musk is funny and isn't afraid of some self-deprecating humor at times.

We have collected the 16 best tweets from Musk that made us love the serial entrepreneur and big dreamer just a little bit more.

Remember that time Musk funded The Boring Company by selling real-life flamethrowers. He backed up the unbelievable publicity stunt with some ripper tweets urging people to buy because they would really come in handy if the zombie apocalypse arrives.

When the zombie apocalypse happens, you’ll be glad you bought a flamethrower. Works against hordes of the undead or your money back!

2. Musk denies involvement in the creation of a zombie apocalypse

Musk pushed the joke in ways only a man selling flamethrowers can, following up his initial tweet by denying his involvement in the creation of a zombie apocalypse. It's clear Musk is having as much fun with the idea of flamethrowers as his fans are.

3. Musk calls off Mars mission after it's found to be flat

When Musk jokingly pondered why there wasn't a Flat Mars Society to stand in solidarity with the Flat Earth Society, the response from the flat-earthers couldn't have been better. The group tweeted at Musk saying Mars had been observed to be round.

4. Musk delights in rumors that he is a lost alien

How is it possible for one man to be the head of so many cutting-edge companies and still manage to date Grimes? Musk seems to delight in denying the rumors his fans must hope is actually true.

Musk has never hidden his struggles with getting Tesla profitable which makes this April Fools' joke even better because it's almost too close for comfort.

Elon Musk asks Twitter for bad jokes to use on his children. But from the looks of his Twitter, he doesn't need advice on cheesy humor.

Apparently, there is this thing called "Dad jokes" and I make them

Musk is well aware of his comparisons with both good and bad characters from popular culture. After the attempts to land a Falcon 9 rocket after launch in 2015, Musk told his Twitter fans that if the next attempt was a success he'd really indulge in his evil genius stereotype by getting a volcano lair.

If this works, I'm treating myself to a volcano lair. It's time.

8. Acute observations from a CEO

The great thing about Elon Musk's Twitter account is his commitment to replying to many tweets directed at him. Sometimes this results in him offering to help the people in Flint with their water problems, other times he offers some totally bizarre insight into seeing the world from another perspective.

A ceiling is simply a floor from below

9. Complete honesty about a penchant for Ambien

Musk famously suggested that his late-night humor is a result of a daily Ambien habit.  Despite some being worried about an addiction to sleeping pills, Musk continues to poke fun at himself by mentioning the sleep aid again and again.

A little red wine, vintage record, some Ambien ... and magic!

Even Elon Musk needs some downtime and it seems the South African loves to watch the grotesque but funny animated TV show Rick and Morty. Replying to a fan, Musk admits he loves the show.

Yeah. It's kinda disgusting, but my boys and I love it :)

There is an age-old saying that you should tell the people around you that you love them at least once a day. Musk seems to be following this sage advice to everything he loves, including Twitter.

12. Never afraid to tease the haters

Many theorists out there are determined to hang on to the belief that space travel is a lie cooked up by the government. Musk isn't afraid to stir the pot when it comes to the rumors that he has faked every SpaceX launch.

It's much easier to do the CGI that way

13. Supports musical endeavors of all types

Turns out if you want to avoid detection by facial recognition software, simply dress as an Insane Clown Posse fan. Known as Juggalos, these die-hard fans often paint their faces with extreme clown music that has been proven to confuse algorithm in facial recognition software. Musk tweeted his approval of this news only to be asked by the infamous band for financial help who say they are broke after fighting the FBI over their decision to label their fans as a gang.

I will buy tons of your merch

14. Proud of being an eccentric dude

We love that he isn't afraid to be upfront about his quirkiness.

It's unclear what this tweet is about. But we sure hope Gary is doing well.

His name is Gary & he’s a snail

Musk understands that it is really difficult to understand really big ideas. So to help his fans he tweeted this graphic of the Gigafactory in relation to a hamster.

Gigafactory in units of hamster pic.twitter.com/9BAchcBX73

We'd be amiss for not pointing out that Musk has also run into some trouble with his use of Twitter.

After losing it and calling a British diver who helped in the Thai cave rescue "pedo guy", Musk seems to have cooled his Twitter using it to discuss ideas relevant to his business which is beneficial to everyone, perhaps thanks to this honest tweet from Lane Roberts.