Here are but 17 of the commonly believed health myths that have been debunked by modern science.

Have you ever found yourself perpetuating myths about health only to find out later they were completed wrong? We've all been there at some point in our lives. 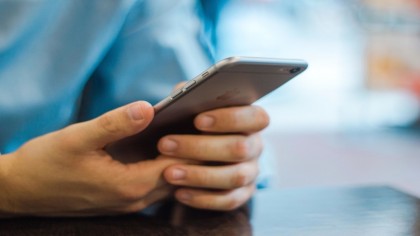 From telling children carrots give you night vision to swimming after eating gives you cramps, there is a nearly endless amount of them out there.

The problem is some of the longer-lasting ones seem plausible on the surface but dig a little deeper and you'll realize they're complete bunkum. Not to mention that sometimes they may actually even be unhealthy or downright dangerous!

The following 17 contain some of the common culprits and some lesser known ones. They are far from exhaustive, sadly, and are in no particular order.

In some cases, these naturally-derived alternatives can be worse for the environment. But don't fret pesticide levels on both organic and traditional products is incredibly low and not a concern to the consumer, according to the USDA.

As for nutritional value, there is no significant benefit from eating organic grub.

2. Stay hydrated with 8 glasses of water a day

Whilst drinking water every day is obviously important it is unclear how much is enough. The National Academies of Sciences suggests that women should drink 2.7 liters and men 3.7 liters of total water a day.

Most of your water intake is from the food you eat and other liquids you consume throughout the day. This is usually about 20 and 80% respectively. From this perspective, the recommendation to drink 8 glasses (about 2.5 liters) of pure water will mean you exceed your actual needs.

The claim, apparently, originates from a single paragraph in a 1945 U.S. government report that has since become a household myth.

3. Cracking joints will give you arthritis

This is a very common health myth and another that is a complete myth. Cracking your joints will not lead to you developing arthritis in the future.

Studies into this have shown that those who regularly engage in joint cracking have pretty much the same risk or developing arthritis as non-crackers.

The cracking sound is simply a matter of bubbles forming and fluctuating in your synovial fluid in your joints. By 'cracking' them you slightly pull the joints apart, release some built-up pressure. This forms and excites some bubbles in the fluid which then generates the very satisfying sound.

4. An apple a day keeps the doctor away

Obviously eating apples is good for you and they are a great nutritional foodstuff. They are packed with things like vitamin C but they are not some kind of 'magic bullet' for staving off diseases altogether.

Apples cannot replace antibiotics or antivirals, for example, to fight off pathogenic infections and can not stave off chronic health problem.

However, some studies have shown they are high in anti-oxidants which help boost your health and wellbeing.

Whilst most people know this is the case its a commonly held health myth that is not true.

5. Humans have only five senses

Surely this one is correct? Taste, smell, sight, hearing, and touch right?

Wrong, these five are just the very beginning. Your body provides your brain with sensory data about many other things like balance, temperature, time, proprioception (the sense of things near you i.e. it stop you walking into stuff like walls).

Whilst some might claim most of these extra senses are implicit by touch they are in fact as different to touch as sight is to sound. Touch is technically called somatosensation which covers all receptors that act as pressure receptors (skin, hair follicles, tongue, throat, and mucosa).

The Vegetarian Resource Group actually wrote to some of the major production companies in 2011 asking this very question. All replied with the same answer: No.

Not only is it expensive to use like this but, more importantly, it is banned by FDA Regulations.

7. Eating eggs is bad for your heart

The amount found in eggs is very low compared to many other foods. Whilst eating a metric ton of scrambled egg might just kill you, an egg or two a day won't.

In fact, eggs contain essential nutrients, like omega-3, that have been shown to reduce the risk of diet-related heart disease.

8. Cold weather gives you a cold

This one is a very common health myth. You've probably been told at least once by well-meaning members of your family to keep warm or you'll get sick.

But it turns out the opposite could well be true. Healthy men who spend several hours in temperatures just above freezing see a boost in virus-fighting activity in their immune systems.

You are more likely to catch a cold sitting indoors in the warm as airborne diseases are more easily transmitted. Good news but obviously don't go running around outside but-naked for extended periods of time.

9. Make sure you take your multivitamins

Obviously, if you have an awful diet, are told to take them by your doctor or are pregnant, you don't really need to do this. In fact, many vitamins can be toxic if you overdose on them.

For anyone else you should be getting all that you need from a well-balanced diet containing fruits, vegetables, grains, nuts, and other oils.

For pregnant women it doesn't hurt, in fact, it encouraged, to take a folic acid supplement as this has been shown to reduce the risk of birth defects in your precious cargo.

Many a parent will swear this one is true but apparently, this is more of a case of expectation rather than reality. Whilst consuming large amounts of sugar is not a good idea for your children, let alone anyone, it doesn't actually increase their likelihood of acting out.

As this myth is quite persistent in parents, you are more likely to notice bad behavior right after your children have consumed sugar-laden foods than not.

Most often children act out to get your attention or in frustration.

11. Lose weight and stave off cancer with a diet low in fat, high in carbs with tons of grains

This health myth was circulated several decades ago and still seems to persist to this day. At the time of it being banded around not a single study had been shown this was the case and this is still true today.

In the intervening years, many high-quality studies have been conducted showing this was complete nonsense. These have included the Women's Health Initiative which is the largest nutrition study ever conducted.

All studies have shown that this diet definitively does not help you lose weight, prevent cancer or reduce heart disease.

Here's another commonly held health-related myth. This has been around for a good many years and chances are some of you might still believe this too.

The truth is many years of scientific study have shown there is very little support for the claim. However, reducing salt-intake can reduce blood pressure by 1-5mm/Hg it has little or no effect on your chances of having a heart attack or stroke in the future.

Obviously, if you suffer from salt-sensitive disorders like hypertension you should control your salt intake. In all cases, however, if your doctor tells you to reduce salt-intake you should always listen to their advice.

13. Coffee is very bad for you

There is a persistent myth that drinking coffee is very bad for you in the long run. These claims mainly blame caffeine as the culprit and coffee have a lot of it. But it turns out that coffee actually has some great health benefits to coffee-philes.

Coffee is actually full of anti-oxidants and is one of its biggest sources in western diets. It has also been shown to lower the risk of depression, type 2 diabetes, Alzheimers and Parkinson's disease.

Some other studies have also shown it may increase your life expectancy!

14. Tea and coffee dehydrate you

Drinks like coffee and tea ar a diuretic so you would be forgiven for thinking they dehydrate you. Diuretic substances increase your body's production of urine (which has a lot of water in it) hence the myth.

This is a common myth that actually dates back as far as 1928 - but it turns out it was exactly a rigorous study by modern standards.

But think about if you drink a lot of water... that's right you go to the toilet more. It's better to think about coffee and tea for their relative rehydrating properties - which is low for coffee but pretty good for other drinks like skimmed milk.

Long has it been said that eating high-fat dairy products is bad for you. Since things like milk have large amounts of saturated fats and high in calories this makes logical sense.

But studies have shown that this is not necessarily the case. Eating high-fat dairy products can even lower the risk of obesity and doesn't seem to be linked to increased heart disease.

In fact, in countries where cows are grass-fed, full-fat dairy stuff has been shown to reduce the risk of heart disease by as much as 69%.

Here is a myth you may well have picked up from school biology lessons. But it simply isn't true.

Your blood is never blue (unless you are an Alien or royalty) when it's not carrying oxygen. This blood only appears to look blue because of an optical illusion caused by the layers of tissue above it.

Remember light has to penetrate this tissue and bounce back into your eye to see it. This process effectively filters out other light wavelengths making it appear 'blue' on the surface.

And finally one of the biggest 'porky pies' told about health. Your microwave is designed to excite the water molecules in anything placed within it.

Whilst it does this using microwave radiation this is non-ionising and in very low doses to be potentially dangerous to a human being. Also, some do leak radiation but they need to be below acceptable tolerances or they can't be sold.

Obviously, don't go placing your hand or head inside one (if you could bypass the safety features that is) for fun. You'll end up with some nasty burns.

Give Your Plain Old Door a Modern Metallic Facelift