17 of the Biggest Machines in the World

Want to see some of the world's biggest machines? Good choice, here is a selection of 17 mechanical monsters from across the globe.

So you're looking for the world's biggest machines eh? Then look no further. The following are a combination of scientific apparatus, construction and mining vehicles and some interesting novelties for your entertainment.

We'll not mess around and just get stuck in. Enjoy.

The following are in no particular order and it is far from exhaustive.

The Large Hadron Collider is the biggest machine man has ever built to date. It was built to study the tiniest of things, subatomic particles.

This particle accelerator is 27 kilometers in circumference and is buried 175 meters under the ground near Geneva. Switzerland. There are plans for a newer upgraded one that will be three times bigger. 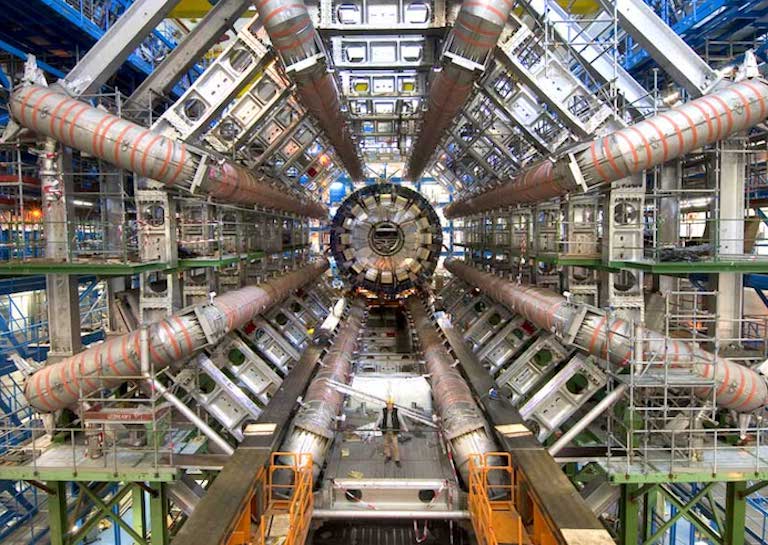 The world's second largest machine is the mighty Giant Bucket Wheel Excavator, Bagger 293. This is a titan amongst giants. It was built in Germany in 1995.

The whole thing stands at 96 meters tall and is 225 meters long. It also weighs in at an astonishing 14,061 tonnes.

Bertha is the world's biggest tunnel boring machine. She dwarfs any of her competitors with a total length of 300 feet and five stories high.

She is a massive 7,000-ton machine that needs to be shipped between work sites. Her 17.5-meter diameter could easily swallow the world's second largest borer.

The arrival of The Prelude has forced the Emma Maersk into second place of the biggest ship. She took to the water for the first time in South Korea. The Prelude isn't technically a ship per se, but rather a floating natural gas facility.

She is 487 meters long and the Prelude would be 45 meters taller than the Empire State Building if laid side by side. When fully laden she weighs in at 600,000 tons.

Built by Fabio Reggiani, this mega bike stands at 5 meters tall and weighs 5.5 tons. This is the biggest two-wheeled vehicle to ever travel at 91 meters.

It even features some very extended handles and a 5,000 cc 5.7 liter V8 Chevrolet engine with 3-speed transmission. Nice.

The dragon was designed to replace the mechanical star of Germany’s favorite play, “Drachenstich”. It stands at 4.5 meters, weighs 11 tons and actually breathes fire.

The Statolaunch was revealed by Microsoft's co-founder Paul Allen in June of this year. This monster has a wingspan of 117 meters and weighs in at 580 tons.

She needs a total of six engines to get off the ground. She has been designed to launch rockets into space from the air, hence the name. What a beauty.

Oh yes. This entry on our list of Biggest Machines is a real monster. Powered by a hybrid-diesel engine, the Belaz was built for one task only. Moving a lot of earth and rubble.

Its two sixteen-cylinder engines provide the beast with 13,738 pounds of torque. That's more than the combined power of seventeen heavy-duty pickup trucks. Wow.

This monster is the world's biggest conveyor bridge. Her entire structure is something to behold measuring in at 502 meters long, 202 meters wide and 80 meters in height. It weighs in at about 11,000 tons.

This beast was built in East Germany in 1991 by VEB TAKRAF Lauchhammer.

The Queen of the Netherlands is a hopper dredging ship that was built in 1998. She has a gross tonnage of 33,423 tonnes and a deadweight of almost 60,000 tonnes.

She measures in at 230.71 meters long by 32 meters wide. You can even track where she is in the world here.

La Princesse is a giant mechanical spider that weighs in at 37 tonnes. She stands in at 15 meters and moves using 50 axes of hydraulic movement. This monster takes twelve people to operate her.

The D575A-3SD is the world’s biggest and most powerful (production) bulldozer. She is manufactured by Komatsu in Ishikawa, Japan. This monster weighs is mostly active in North America and Australia.

The P&H L-2350 Loader is the current world record holder for the biggest earth mover. It has a massive lifting payload of 72 tons.

This massive machine has a standard bucket of 40.52 cubic meters and a 2300 horsepower engine.

The Liebherr 9800 Mining Excavator is one of the world's largest bucket excavators. They typically weigh in at 810 tonnes and have a bucket capacity of  47 cubic meters.

Although around 50 years old, this entry on our list of the biggest machines is still impressive. These enormous 40 meters long, 35 meters wide machines weigh in at around 2720 tonnes.

They were used to carry NASA rockets from site to site at a breathtaking 1 mph. One of the two existing crawlers has actually clocked up a total of 2,207 miles.

Our final entry on our list of biggest machines is a monster. When building big machines you'll inevitably need something equally big to help you move bits of it around. The Taisun Cranes at the Yantai Raffles Shipyard in China might just be fit for purpose. 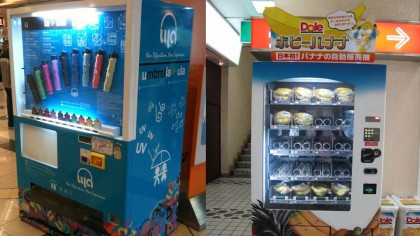 49 Interesting Vending Machines Around the World

This is widely regarded as the most powerful crane in the world. It boasts a payload of over 20,000 tonnes.

So there you go, 17 of the Biggest Machines in the world, as requested. There are some real monsters in this list, we think you'll agree. From the construction industry to mining to strange street entertainment, we've covered them all, more or less. Have we missed any out? We'd be very happy to hear your suggestions.

7 Food Processing Machines Behind the Making of Your Food