17 of the Top Free Science Apps for Android

These 17 free science apps for Android are all about expanding science education and accessibility.

Go onto the Android app marketplace looking for the Android science apps and you’ll find a mind boggling number of option to sift through to find what you’re looking for—and sometimes it can be tough to tell if they’re any good. That’s why we’ve picked 19 of the best Android apps for science research, education, and even just plain old fun.

What’s great about Curiosity is that it covers everything under the sun, featuring thousands of short, informative articles and over a million videos to literally inspire your curiosity. It's a great way to learn new things about science, technology, and more while waiting in line at the check-out counter of the grocery store.

If you don’t know about arXiv.org, it’s a repository of electronic preprints of scientific papers that have not undergone a full peer-review maintained by Cornell University Library.

The system is not meant to replace the traditional scientific journal system, but supplement it. Over a million papers on various scientific topics are included in the arXiv, and Garrett Beatty’s open-source arXiv eXplorer can search, view, and download PDF versions of available papers, all for free.

MEL chemistry is a great way to see what all the things around you are actually made of. It allows for the easy visualization of molecules in 3D, such as glucose, sulfuric acid, sodium carbonate, and hundreds more.

What’s more, if you don’t see the molecule you’re looking for, shoot the developer a message and they promise to try to add it in a future update.

With China’s recent landing on the far side of the moon and all the excitement about their mission, what better time than now to study up on what’s going on with that big, grayish ball in the sky everyone keeps fussing over.

Featuring high-resolution moon maps, different viewing modes, labels, and more, Moon Atlas 3D will help get you up to speed.

One of the most popular planetarium apps on the marketplace, Star Chart excels when it comes to bringing the night sky to life.

Featuring different modes, including the Sky View and Explore modes, Star Chart uses GPS technology and precise modeling to calculate where all of the stars and planets are in the sky, either day or night.

Earth Viewer allows any android user to access and download real-time data about conditions anywhere on the Earth’s surface and have it displayed on a model of the planet.

An alternative to Earth Viewer, Earth-Now allows you to see the various different conditions of the Earth using different metrics and is put out by NASA’s Jet Propulsion Laboratory itself. Uses vibrant false color maps to show the data and is a fun, beautiful way to keep track of the different conditions around the world.

BioBlox2D is a fun where you need to manipulate ligands that need to be matched with receptors, building complex molecules of up to 4 blocks long. Later levels require you to match positive and negative charges as well, and features unlockable modes that offer a greater challenge. 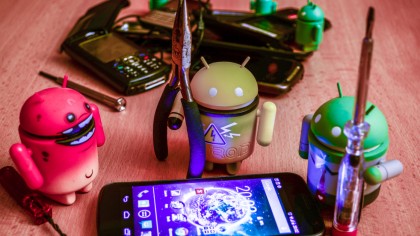 15 of the Best Android Apps for Engineers

The eBird app is for bird watchers of every level, but with a very compelling twist. The app allows anyone to record the time and place of bird sightings, which is then uploaded and combined with the records of hundreds of thousands of other users from around the world to create a database of sightings usable by researchers and conservationists in their work.

This app allows you to explore more than 3,000 TED talks on various topics including science and technology by leaders in their respective fields. Also allows for bookmarking or downloading of audio or video for later consumption.

Using NASA’s photo archive, APOD Lite pulls a new random image daily and sets it as your live wallpaper. You can rate the photos, increasing the chance that you will see them pop up again in the future.

This app is not just a planetarium app. The coolest thing about SkEye if that you can also use the app as a PUSHTO guide for your telescope by attaching your phone to the OTA. Features Messier objects, all the visible planets and Galilean moons, a night mode, and more.

An astronomy guide that can help you to explore the night sky by identifying stars, constellations, planets, and other observable objects in real time.

Formerly Google Sky Map, Sky Map has been turned open source and donated for everyone to use. As a handheld planetarium, it can help you identify stars, planets, constellations, and other objects in the night sky.

The official app put out by the US space agency, this is your go-to app for anything NASA related. It features over 16,000 images and growing, live NASA TV broadcasts, more than 14,000 videos, updates on NASA missions, a live stream from the High Definition Earth Viewing (HDEV) experiment, and much, much more.

Maybe the only calculator you’ll ever need, the Calculator N+ features include solvers for Algebra, Trigonometry, Calculus, Statistics, and others. The calculator does not show the step-by-step solution to the problems, only the answer, but if what you’re looking for is a quick calculation of a derivative or a polynomial factorization, Calculator N+ is your app.

The Google Science Journal is exactly that, a journal to record science experiment data, but goes beyond a notepad and actually lets you use the sensors in your phone, or other devices connected via Bluetooth, to record real, scientific data. You can then export that data to a .csv file. There’s too much to explain in this space, you have to see it for yourself.