Challenge your programming and electronics skills with these Raspberry Pi Kits.

Raspberry Pi has gained world recognition due to its versatility and its form factor. In short, it is a $35 computer that is as big a business card! Yes, this processing unit is complete with an array of input and output ports.

You need to understand the ropes of programming the Raspberry Pi if you need to use the device to do something. So why not start with the CanaKit Raspberry Pi 3 Starter kit?

It comes with the bare essentials, keeping the cost at a meager $75. For this money you will get a hard case, a class 10 8 GB memory card which is preloaded with NOOBS and a WiFi dongle that also functions as a WiFi Hotspot.

The operation is basically plug and play, as you only need to plug a monitor and keyboard to it. The CanaKit is a cost-effective way to get into Pi programming!

Impressed with all the smart home buzz that has been going around the world? Why not make your own little smart home device?

The Google AIY Voice Kit is a Raspberry Pi project that you can do to make your own smart home device complete with voice recognition. The kit includes everything.

We won't recommend the Google AIY Voice Kit V1, the V2’s predecessor, because the assembly is a bit cumbersome. Try out this project; it will help you understand how a home speaker works and can even inspire you to take it a step further and create something of your own!

Google isn’t the only company aiming at implementing their software on microcomputers like Raspberry Pi. Amazon is also enabling users to run Amazon Alexa on Raspberry Pi devices.

It will enable the user to have Alexa integration with a multitude of creations. Amazon has even dedicated a webpage to help users program the Raspberry Pi with Alexa.

A smart move by the e-commerce giant!

This is a simple DIY project, and you don't need to be a master engineer to do it. It is a conversion project that will change your ordinary skateboard into an electric, complete with remote control.

The credit for this creation goes to the_raspberry_pi_guy who has also made a GitHub page detaining the creation process. You can also see the places he used to source the parts.

The skateboard can achieve speeds of 30 km ph and has an effective range of 10 km. It uses a WiFi controller to control the speed.

The end product is sleek and not too flashy, the best sleeper project!

Tesla coils are amazing to watch because they literally allow us to visualize electricity. Their OneTeslaTS has allowed the users to even play music by varying the parameters of the charge.

It’s quick to set up, and the only hard work is that you need to have some soldering skills. There is a lot of engineering put into the Tesla coils, and the result is a vibrant show of electricity.

If you are an electronic enthusiast, then chances are that you would want to own a personal Tesla coil, and now you can build one!

With the Kano computer kit, you only need a monitor to have your own personal desktop setup. The bundle comes with an explanative instruction manual that has illustrations on how to build the entire thing.

You won’t have to search for parts online for this project as the bundle comes with every component that you need to see it done. It comes pre-loaded with games, apps, and programming stuff so that you can learn more about the capabilities of the Raspberry Pi.

When you couple a Raspberry Pi with a camera, the possibilities are endless. The Raspberry Pi Wearable Timelapse Camera is one such creation.

The Wearable Camera uses a Raspberry Pi Model Zero and a Raspberry Pi Camera as its main components. Then you need to add components that are required to facilitate the build like the battery, charger and the connectors.

We will link the tutorial so that you can learn it from the guys who build it. After the DIY efforts, you yourself will have a portable time-lapse camera that is sleek, modern looking and above all, functional!

Robot cars? Yes, please! The SunFounder Raspberry Pi car is a smart looking car that has some neat tricks up its sleeves.

It has a host of sensors that give it the ability to follow lines, follow the light and helps the robot car to avoid obstacles.

The Robot car uses Python for programming and its simple to learn as well as code. The SunFounder Raspberry Pi Car DIY Robot Kit provides you with the joy of creating a functional toy yourself.

What if you want a rough and tough car that is just made to perform? Then you have got your answer in the XiaoR Geek Smart Car that is modeled after a tank! And even sports chained wheels!

On the subject of building tech yourself, this Raspberry Pi bundle from NEEGO is the perfect place to start if you love to build your own gadgets. The NEEGO bundle helps you to build a tablet that runs on Pi.

The bundle includes a 7-inch display that is attached to the housing that contains the Raspberry Pi. Do not worry about the device throttling the Raspberry Pi during media consumption, as it comes with two heat sinks that will aid in heat dissipation.

Back in the days, arcades were the modern day equivalent of gamer hubs, though the bright lights and vibe offered by the arcades cannot be matched. The Picade is a road down memory lane as it is a miniature arcade machine that comes with all your classic arcade games.

It's fun, easy to build and engaging. The 1024x768 IPS panel display will not disappoint, and the overall construction is praiseworthy.

It is a great way to spend some time with the classic games that can still pack a punch.

The Mood Light is an amazing smart gadget that you can assemble yourself. It is sure to add an ambiance to your room. The Mood Light uses 32 RGB Neopixel LEDs, and the best part is that they are programmable.

You can pick a shade and change it at a whim because the Raspberry Pi is acting as the bridge that is used to communicate with the LEDs using the programmed code.

Coupling Raspberry Pi to the Unicorn pHAT LEDs gives you a ton of possibilities. For example, integrating the module with your twitter feed will result in the lights changing color based on the status of your tweets.

Scroll bot is a cute little addition to your work desk, bedside or anywhere at your home that can use a mini display. It uses Pimoroni’s own scroll pHAT HD board.

The display can be used for a multitude of things. It can display messages or any important text that pertain to you like your twitter feed, the weather, etc.

You can also program it to show funny animations when it has got nothing to notify. This project will only take 30 minutes of your time, and is worth every second of it!

On a side note, it does require some soldering skills.

EMLID has released a refresher of their popular Novio line with the Navio2. This integrated chip will turn your manual control drone to an automatic, capable of stabilizing and reacting mid-flight to ensure a safe and smooth flight.

The newer version sports robust circuitry, upgraded microcontrollers, AUX SPI, and ADC port to ensure that the drone keeps flying without any interferences from internal components.

This gaming system from Raspberry Pi lives up to its name and as its name suggests, brings a flair of retro to your gaming experience. It comes with two controllers to rock those two-player games with your friends, and if the reviews are to be believed, you can guarantee yourself a hell of a time!

Talking about the content in the kit, it comes with 2M HDMI cable and the latest model of Raspberry Pi 3 B Plus. Not just this, but you can also enjoy the gaming experience with a great response and an attractive grey or black Raspberry Pi case to choose from.

Buy this full package for yourself or to any avid gamer you know to have an ultimate gaming experience!

The Pirate Radio Kit is the ultimate add-on for an exceptional musical experience! It enables the users to construct their very own radio that is internet connected. This is an all-inclusive kit that consists of anything and everything that you will be possibly required to build your own radio.

It features the latest technology and comes with the all-new pHAT BEAT stereo amp and DAC, a Pi Zero W and a 5W speaker that is designed in a beautiful and unique way.

The kit comes with an assembly guide so that you do not have to break a sweat about putting this thing together. What’s more, it usually takes no more than 30 minutes to put this baby together!

It comes in a kit box that you can reuse without any hassle, and the amplifier just adds an enhanced layer of sound that cannot be matched. In addition to that, the use of a USB Wifi dongle is redundant given the fact that the Pi Zero W comes with a Bluetooth and there is a built-in wireless LAN for an uninterrupted experience!

Drones have become mainstream in a very short time period. Flexbot is a company that wants to give you a personalized flying experience which can be controlled by the use of a mobile device utilizing the latest technology of gravity sensors.

It works exactly as a tablet or a mobile would in the air. Flexbot comes with a wide range and possibilities of customization so that you can personalize it according to your preference.

You can choose precisely how you want it to look. It’s the perfect dream for a DIY enthusiast as it gives the users a free reign to designing their masterpiece according to their whims and predilections.

On top of that, it comes with 3D printed shells that require absolutely no soldering. 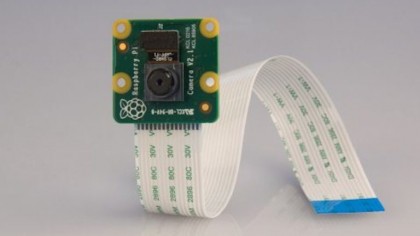 There is something that connects with you on a personal level when you build a tech yourself and see it constructed to perfection. And that moment when it all works as planned is indeed priceless!

These DIY Raspberry Pi projects are not just aimed at brushing your DIY skills but also to help you learn more about tech, programming and the intricacies that lie within this field.

Get your hands on any one of these DIY projects, and they will definitely bring out the techie in you!

Who knows, these weekend projects might even turn out to be a hobby that showcases your creativity in all its glory.

7 ways to spruce up your backyard for 4th July celebrations