These are some of the best questions and answers ever posted on Reddit.

What did we ever do before Reddit? No matter how weird or wonderful your question is, there's bound to be someone on Reddit who can answer it for you. That's what makes their AskScience subreddit so wonderfully entertaining and addictive.

Read, laugh, and be blown away by the wealth of information shared by some of the site's best and brightest. Have a weird science-related question of your own? Now you know where to go.

1. Pushing It: A Simple Exercise Hack

Have you ever wondered how much of your own body weight you're actually lifting when doing push-ups? Maybe you were too busy sweating, but it's definitely a head-scratcher.

One intrepid Redditor came up with an easy way to determine the weight you're actually lifting - just do your push-ups on a weighing scales and figure out the percentage. Don't lie, you know you're going to try this next time you work out.

Comment from discussion What % of my weight am I actually lifting when doing a push-up?.

Drug-resistant bugs are a real concern, but can bacteria become resistant to everyday disinfectants? Reddit says no, so you can keep slathering yourself in hand sanitizer.

This hilarious comment breaks down why something that kills bacteria indiscriminately, like the alcohol in hand sanitizers, wouldn't cause future generations of bacteria to become immune.

3. No One Nose: Why Our Noses Are Shaped the Way They Are

Sometimes a Redditor will posit a question that you've never really thought about - like why are our noses pointy? In addition to a lot of correct answers pointing to the temperature and humidity regulation of air that our noses provide, this redditor struck upon another interesting evolutionary purpose.

So if you've got a big nose, count your blessings. Without it, life could be a lot more dangerous.

Comment from discussion Why is the human nose the shape it is? Why isn't it just two holes in our face?.

4. An Atomic Explanation: A Simple Way to Understand Nuclear Power

Nuclear waste is a big worry, but is it possible to reuse it? That's the question posited by one redditor, and the response they got was both succinct and educational.

Just because something is radioactive, doesn't mean it can be used to create energy. If a radioactive atom can't be split by neurons, then it's pretty much useless.

Comment from discussion If nuclear waste will still be radioactive for thousands of years, why is it not usable?.

5. Live Long: The Science Behind Our Lifespans

Human lifespans weren't always as long as they are today. The science behind why we live longer than our pets, or why certain species live longer than us, is pretty complicated and depends on a lot of factors.

This commenter managed to break it down pretty simply though, in suggesting that it's all part of our evolution. Short, sweet, and smart comments are always the best.

Comment from discussion What determines the lifespan of a species? Why do humans have such a long lifespan compared to say a housecat?.

6. A Burning Question: Not Everything Melts

Ever wondered why wood smolders or burns, but doesn't melt? If you haven't, you're probably a chemist and already know the answer. For the rest of us, here's a fun explanation that breaks it down simply.

There's more than just one chemical reation at play when wood is placed into a dry, hot environment. In fact, the circumstances described by the OP are actually the conditions under which charcoal is normally made.

Comment from discussion If you placed wood in a very hot environment with no oxygen, would it be possible to melt wood?.

7. Hygiene in Space: Bet You Never Thought About This

No need to be squeamish, we're all adults. And sometimes adults go to space and need to deal with hygiene issues. If you've never thought about this before, then you're in for a science and history lesson.

Turns out, dealing with periods in space is harder than you might have considered.

Comment from discussion How do women astronauts deal with periods in antigravity?.

Have you ever seen a fat insect? Probably not, but they have to store surplus energy somewhere, right?

According to this shocking (and slightly terrifying) comment, there are apparently insects whose entire bodies exist purely as food storage for their colonies. Yikes.

Advertisement
Comment from discussion Can an insect be “fat”? How do they store energy?.

9. Cosmic Campfires: How To Roast Marshmallows On the Sun

Kids ask the best questions. But what happens when you mix childish imagination with some hard science? You end up with some impressive math.

This has to be the most detailed answer to a kid's question of all time. Good to know that we're pondering the important things, like how to roast a marshmallow using the sun's heat.

Comment from discussion From my kid: Can you put a marshmallow on a stick out into space and roast it with the sun?.

10. What's the Matter?: This Is Truly Mind-Blowing

Everything about this entry is mind-blowing. The question alone will have you furrowing your brow in confusion. After all, how do you make antimatter using matter?

The trippiest part of all, perhaps, was this response. Naturally, this exciting description of antimatter spawned a lot more questions.

Comment from discussion How do scientists studying antimatter MAKE the antimatter they study if all their tools are composed of regular matter?.

11. Sloshing Around: A Quick Lesson On Fat

This redditor wanted to know why the fat inside a duck's body doesn't melt and start sloshing around in hot weather. Take a minute to imagine a duck sloshing around on a hot day.

Now that you've finished laughing, check out this clever response. Contrary to what many of us believe, fat deposits aren't just neat, clearly defined layers throughout the body. This is why ducks don't slosh.

Comment from discussion Duck fat melts at 57 degrees Fahrenheit. So on a 90 degree day, is a living duck's fat just... sloshing around?.

12. A Sweet Study: What if Earth Was Shaped Like a Donut?

Without wanting to spark another internet debate about the shape of our planet, imagine for a moment if our earth was shaped like a donut. What effects would it have on gravity? What would temperatures be like within the donut hole?

In true Reddit form, one user took this question entirely seriously and did some pretty impressive work on describing how a donut planet would function.

Comment from discussion If the planet was shaped like a donut, how would gravity work in the middle?.

13. Through A Dolphin's Eyes: Why We Can't See Eye to Eye

Here's another weirdly specific question - if a dolphin pokes its head above water, can it see clearly or is its vision blurred? This definitely sounds like one of those random thoughts you get in the shower, but let's dive in.

Turns out, dolphins don't really need their eyes at all. Pretty mind-blowing, right?

14. A Dangerous Moonwalk: This Is Why We Have Moon Boots

Judging by this question, it would appear that some people dream of having a romantic, barefoot walk on the surface of the moon. Who are we to judge? We can, however, take a look at whether or not such a stroll would be dangerous.

Kicking around in some moon dust could cause major problems for the integrity of your spacesuit, and it would likely be very painful too. Maybe stick to walking barefoot on earth.

Comment from discussion Is it possible to put my bare foot on the moon?.

It's widely accepted that modern-day birds are the descendants of mighty dinosaurs. In fact, there's mounting evidence to suggest that dinosaurs had feathers just like their winged cousins. But did dinosaurs bop their heads like chickens and pigeons?

Sadly, it doesn't seem likely. As other commenters pointed out, even large birds like ostriches don't bob their heads. Due to their size and vision, it's unlikely that dinosaurs had to bob around.

Comment from discussion Is it likely that dinosaurs walked like modern day pigeons, with a back and forth motion of their head?. 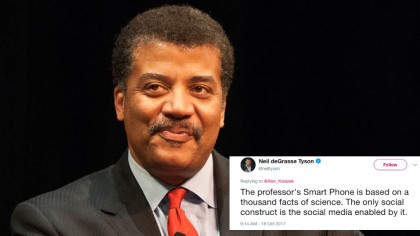 Headaches are the worst. Just think, if you were an insect instead of a human, you'd probably never have a headache ever again. At least that was the prevailing answer to this question, which asked in insects and arachnids could even get headaches in the first place.

This response, in particular, is note-worthy for pointing out that arachnids don't even have heads. Can't get a headache if you don't have a head.

While dinosaurs might not bob their heads like pigeons, they might have had something else in common with them. According to this thread, it's likely that dinosaurs excreted uric acid like many birds and reptiles today do, instead of pooping like mammals.

It's inconclusive, and we might never know for sure how dinosaurs went to the bathroom, but that's probably OK. The less said about dinosaur poop, the better.