On the fateful evening of September 19, 1980, a fallen wrench socket would trigger the explosion of an armed nuclear missile inside a missile silo located in Arkansas.

By  Maverick Baker
July 10, 2018
While no images exist of the Titan II exploding in 1980, the image above demonstrates a rocket of similar size catastrophically failing.NASA HQ Photo/Flickr

In the early morning shortly after 3 am, the small American town of Damascus was momentarily illuminated by a blinding flash. Several seconds later, the town was rocked by the thunderous sound of an explosion. Confused, and with a tremendous cloud of smoke billowing from a nuclear missile silo shrouded by the darkness, residents were entirely unaware one of the worst disasters involving an intercontinental ballistic missile and a nuclear warhead had occurred merely kilometers away.

The Cold War was ever present and loomed on the horizon, the United States did not want to risk disclosing the positions of their secret intercontinental ballistic missile silo locations. Despite their attempts to keep the projects hidden, the massive explosion witnessed and subsequent mass evacuation raised questions into the type of bomb which was actually hidden alarmingly close to a humble American town.

A massive intercontinental ballistic missile - the Titan II - exploded inside the missile silo base in Arkansas. At the time, the missile was armed with a massive 9.5 megaton thermonuclear warhead.

Miraculously, the warhead inside the missile did not explode. It was, however, lost for about a day until it was discovered, nearly two hundred meters away from the missile silo. Fortunately for the workers near the site, and thousands of others surrounding the immediate area, the safety features encasing the nuclear warhead prevented a cataclysmic fissile reaction from happening, and prevented the leak of any radioactive material.

The project was a secret, but following the accident, the United States military was forced to disclose the details leading up to the catastrophic explosion of a Titan II containing an atomic bomb.

Below is a trailer of the event as it unfolded.

At approximately 7 o’clock in the evening of the 18th of September 1980, a maintenance team was carrying out routine repairs on a guided missile system - the Titan II. The 30-meter tall missile was contained in a launching silo hidden beneath the ground just 6 kilometers away from the town of Damascus.

One of the technicians on the team was making repairs on the third work level, but carelessly dropped a socket and a wrench. He was only 20 meters up, and the socket weighed merely 1.35 kg, but the energy from the fall was enough to catastrophically damage the side of the rocket.

As the wrench socket fell, it ricocheted off of the launch silo before being redirected towards the side of the rocket, at the exact level of the Titan II’s first stage fuel reserve tank. The impact ripped the thin aluminum alloy siding, which also served as the casing for the fuel tank.

The rupture caused liquid fuel to leak out and evaporate into a toxic steam. Concentrations of toxic fumes continued to rise, and worker personnel inside the silo was evacuated. Shortly after, a fire was detected, and an automated fire suppression system immediately doused the rocket in 370,000 liters of water. Though, despite efforts to dilute the fuel and douse potential flames, the concentrations of toxic fumes still rose.

Six and a half hours after the socket punctured the fuel tank of the rocket, the Air Force sent two of its specially trained emergency technicians into the silo in an attempt to stop or slow the escape of the toxic liquid fuel steam which continuously rose out of the silo.

They used the main entryway but quickly found that vapor levels were extremely dangerous and its exposure to the oxygen in the air would surely create the atmosphere for a cataclysmic explosion to occur.

The team had no chance of repairing the leak and so decided to evacuate. They exited the silo at 3:01 AM and were steps away from the silo when it finally exploded. Immediately after, a fireball rose nearly 600 meters into the atmosphere.

Not Without A Fatal Toll

If the warhead would have gone off, the death toll and damage would surely have been many magnitudes greater. Despite the thermonuclear warhead remaining intact after the explosion, the accident still came with a mortal price.

Air Force Sergeant David Livingston perished due to chemical pneumonia caused by the vapors the next day, while his partner Sergeant Jeffrey K. Kennedy along with twenty other persons were injured.

Following the 1980 Titan II disaster, the government could not hide their internal nuclear program and faced heavy scrutiny regarding the country’s nuclear safety protocol of nuclear warheads housed inside missile silos.

Many asked if the event was an isolated event, or was a result of improper training and mispractice - a problem which could stem far deeper than just the unfortunate events which unfolded near Damascus. People wanted to be sure that the most dangerous weapons in the nation were not a threat to the citizens themselves.

To these questions, the United States Air Force Commander Hans Mark assured the concerned public that this accident was entirely due to human error and that the Titan II missile was totally dependable. He stated that the Soviet Union, as well as the United States, continued to use liquid fuel ICBMs and so this technology was still necessary.

What Would Happen if the Nuclear Bomb Exploded?

Investigating the alternative ending of if the nuclear warhead were to go off reveals a far worse toll. Nukemap, an interactive online map, reveals the devastation which would have ensued if the nuclear bomb exploded inside a missile silo.

According to the platform, if the 9.5 megaton bomb exploded, more than 3000 fatalities would be suffered. Moreover, 9000 people would be left injured. Radioactive fallout damage would also reach as far as Atlanta, a city more than 600 kilometers away.

Incidents involving near nuclear explosions are surprisingly numerous. The United States disclosed a number of previously unknown accidents that have occurred involving nuclear weapons, these include in 1965 when an attack plane fell off an aircraft carrier into the Pacific armed with a nuclear weapon, and both pilot and plane were lost at sea. 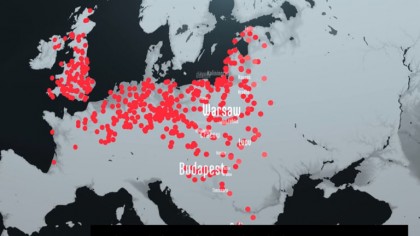 In 1961, a B-52 bomber almost ran out of fuel while flying near Yuba City, California forcing the crew to bail out while the commander heroically flew the plane loaded with two nuclear weapons farther out of range of inhabited areas before himself jettisoning. The two devices luckily did not detonate or leak radioactivity due to preventative safety devices.

A majority of these close calls were before the year 1968 when the Air Force made the wise decision of no longer allowing bombers loaded with nuclear devices to fly on training missions as well as practice alert flights. Since the implementation of this policy, incidents such as these have not happened aside from the 1980 Titan II disaster.

Fortunately, the devastation of nuclear weapon mishaps have been minimal and have resulted in few casualties. It is, however, important to continue discussing mistakes such as the 1980 Titan II disaster to ensure the government remains accountable and never makes the same mistake again.

While it is wishful to hope governments will not misuse nuclear technologies, hopefully, a fallen socket wrench will not trigger the explosion of any rocket carrying a nuclear warhead ever again.

Cold War-Era US Missile Silo Saw Its Final Battle, a Bidding War of Over 70 People