Without the contributions of countless coders and programmers, we wouldn't have the Internet. We have compiled a list of great minds who gave us the world wide web.

The history of Internet is long and detailed, consisting of the endeavors and achievements of numerous programmers and coders. Starting with the earliest computer programs in the 19th Century, and leading all the way up to the most skilled coders of today, the web as we know has depended on the tireless work of countless individuals.

Here we have compiled a list of some of the great minds we have to thank for the digital world that we live in. Without their contributions, the world would be a very different and more disconnected place.

1. Ada Lovelace: The Woman Who Wrote The First Computer Program

The daughter of the famed Romantic poet, Lord Byron, Lovelace was encouraged by her mother to study mathematics from an early age.

In the 1840s she was responsible for writing an algorithm for Charles Babbage's Analytical Engine. Though her algorithm was never tested in her lifetime, it is widely recognized as the first computer program ever written.

2. Alan Turing: A Hero of WWII and Inventer of CAPTCHA Codes

An exceptional cryptanalyst, computer scientist, and mathematician, Turing's code-breaking contributions to the Allied war effort of WWII were invaluable.

In 1950, Turing wrote extensively on the topic of Artificial Intelligence, devising an experiment to measure a computer's capacity to think called the Turing Test. Today, a simplified and reversed version of the Turing Test is used in CAPTCHA codes to determine whether a user is a human or an AI.

Hedwig Kiesler, AKA Hedy Lamarr, made a name for herself as one of the most glamorous film stars of the 1930s and 1940s. Unbeknownst to many, Lamarr devised the concept of frequency-hopping radio signal during WWII in the hopes that it might be utilized to throw Axis missiles off-course.

Though her concept never came to fruition during the war, her vision for spread spectrum technology is responsible for the creation of Bluetooth and WiFi.

4. Grace Hopper: A Navy Admiral and the Mother of Software

Rear Admiral Grace Hopper was a member of the United States Navy and a gifted computer scientist.

Today she is considered the mother of software.

5. Ken Thompson: A Hacker Hero and the Creator of B

A hero in hacker circles, Ken Thompson is responsible for the design of the Unix OS.

6. Niklaus Wirth: Writer of Some of the Programming's Most Important Texts

Wirth is responsible for authoring a number of significant programming languages, Pascal being chief among them. Pascal was designed to improve upon the ALGOL 60 language, boasting greater efficiency in its compiler. It went on to become the standard introductory programming language for students.

Goldberg's work on Smalltalk-80 and Simula 67 in the early 1970s paved the way for graphics computer interfaces that are so common today. She also foresaw the development and rise of social media, in her co-authored essay "Personal Dynamic Media".

Her work would inspire Steve Jobs in his implementation of the Mac desktop environment.

8. Steve Wozniak: The Genius Behind the Apple Empire

Wozniak built the very first Macintosh computer by hand in 1976. Prior to this, he worked for early video game empire Atari, where he worked on complex circuit board designs.

His time spent at Atari would later inspire him in creating the Apple II's color graphics display. The Apple II would become one of the most successful home computers of its time.

Knuth authored one of computer programming's seminal texts, The Art of Computer Programming.

Throughout his long and successful career, he created the WEB and CWEB programming systems, as well as the TeX typesetting system. TeX was designed as a free software that would allow any user to create their own high-quality books simply and effectively.

10. Radia Perlman: The Woman Who Made Massive Networks Possible

Without Perlman's invention of STP (Spanning Tree Protocol), operating network bridges would not be possible. STP operated by preventing bridge loops between Ethernet networks, disabling any links that were not part of the tree.

Her work was instrumental in expanding the Ethernet protocol into something capable of accommodating large networks.

11. James Gosling: The Scientist Who Gave Us Java

Gosling is the computer scientist behind the creation of Java programming language. The intention behind Java was to create a language that could run on any system that supported it, without recompilation.

Today Java is one of the most popular programming languages used by coders, especially when it comes to its web applications. Most Android applications are built using Java.

12. Bjarne Stroustrup: Creator of One Of Programming's Most Important Languages

Danish computer Scientist Bjarne Stroustrup is the creator of the C++ programming language.

Stroustrup began work on C++ in 1979, and since then it has become one of the most commonly used standardized programming languages in the world. Since its creation, C++ has been used in everything from desktop applications to space probes.

13. Richard Stallman: A Programmer and Activist Campaigning for Open Software

Programmer and activist Stallman is responsible for the Free Software Foundation, as well as the creation of GNU Project. GNU was a a massive project based on the idea that software should be free for all. 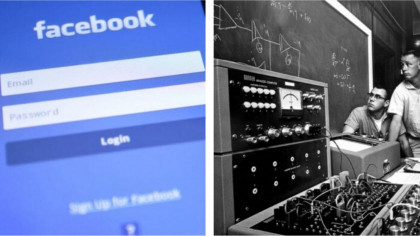 A Brief History of Computing and the Web: From 17th Century Computers to Today's Digital Empires

He is also the creator of Emacs, a family of text editors which are still widely used in coding today.

Dutch programmer Guido van Rossum is the creator of the computer programming language, Python. Python was designed with simple syntax and minimalism in mind, making it compact and modular.

As of 2017 Python is the most popular programming language used worldwide, just after JavaScript.

Originally hailing from Copenhagen, Denmark, Hejlsberg is the creator of the J++ programming language.

Other achievements of Hejlsberg's include the design of TypeScript, an open-source programming language which is maintained by Microsoft. TypeScript was influenced by and is compatible with, JavaScript.

Brian Kernighan was one of the key contributors to the creation of Unix.

He would go on to author numerous programs for Unix, as well as co-author the programming languages AWK and AMPL. AMPL is used by thousands of corporations, third level educational institutions, and government agencies to this day.

17. Dennis Ritchie: The Man Who Gave Us the C Programming Language

Dennis Ritchie is best known for the creation of the C programming language, as well as co-creating Unix with Ken Thompson.

Today, the C programming language appears in most developments for operating systems and applications. It can also be used in the construction of websites. It's favored by programmers as an accessible, fast, and stable language.

Now a household name, Bill Gates began his career in 1975 after dropping out of Harvard.

In 1975, Gates and his friend Paul Allen developed an Altair 8800 emulator and a BASIC interpreter for the Altair system. This led to the pair being hired by MITS, and naming their partnership Microsoft.

Today, Microsoft remains one of the biggest technology empires in the world, and an instrumental force in introducing personal computers in the global market.

19. Tim Berners-Lee: The Man Who Created the World Wide Web

Tim Berners-Lee is best known as the creator of the world wide web, the world's first web browser.

In addition to this, he also created the web's foundational languages - HTTP, HTML, and URI. HTML became an introductory language for many budding programmers and enjoyed a great amount of popularity in the early 2000's with the advent of social network sites which allowed users to customize their profiles with the aid of HTML.

The Internet as we know it today would not exist without his work.

20. Linus Torvalds: The Mind Behind Linux, Android, and Chrome

Linus Torvalds is a software engineer, known for the creation of the Linux kernel. He would later utilize the GNU Project to create the second version of the kernel.

Without his work, the Linux OS, Android systems, and Chrome OS would not exist today. The Linux OS is available on more platforms than any other operating system. Its source code is open source and can be modified and distributed by anyone.

21. Mark Zuckerberg: One of the Most Influential Programmers of All Time

As the founder and creator of Facebook, Mark Zuckerberg revolutionized social media and its monetization. Beginning as a small site open purely for Harvard undergraduates, Facebook has grown into a media behemoth whose data is highly lucrative.

Web Summit: Day Two: Data Privacy and Why the New Way of Working is Hybrid

Surf the Web Incognito and Safe with IPVanish VPN