The Unicode Consortium announced the latest additions to the emoji standard, including emojis offering better representation, a symbol of women's empowerment, and the pinching hand.

The Unicode Consortium (UC) announced its sixth major update to the Global Emoji Keyboard on February 5th, introducing 230 new Emojis to the over 3,000 currently in use around the world.

The biggest addition in this update was the inclusion of emojis to represent members of the Deaf and Blind communities, as well as two different wheelchair emojis for male and female genders. 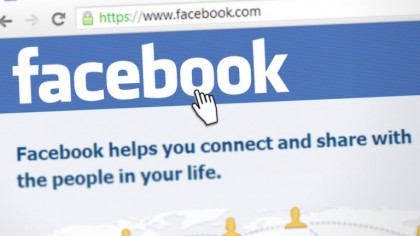 Apple suggested these emojis should be included last year in a submission to the UC, the nonprofit organization that governs the rules and standards for textual character representation used on the Internet, which includes emojis. Apple consultated organizations like the Cerebral Palsy Foundation, the American Council of the Blind, and the National Association of the Deaf in designing the new Accessibility Emojis.

Apple began their proposal last year [PDF] by saying, “Apple is requesting the addition of emoji to better represent individuals with disabilities. Currently, emoji provide a wide range of options, but may not represent the experiences of those with disabilities. Diversifying the options available helps fill a significant gap and provides a more inclusive experience for all. ”

Other Instant Hits on the Internet

Another major addition allows more couples to be better represented by emojis, as different skin tone People Holding Hands were added as well as gender-inclusive pairings.

After a campaign last year by Plan International UK, the Drop of Blood emoji has been added as a way to represent a women’s menstrual cycle, which they hope will lift the stigma around women’s menstruation around the world.

We are thrilled to announce that we are actually getting a #PeriodEmoji!

It is through your support that we can now celebrate that the @unicode have announced that we will get our first ever #PeriodEmoji in March 2019 ?

The Pinching Fingers emoji is likely to haunt the men of the world the way the specter of Communism haunted Europe in 1848, but officially its meant to indicate a small amount of something, like a bit more freshly ground pepper from a server at a restaurant.

Sure, we'll go with that.

While it isn’t clear whether there was an official campaign for this inclusion, its rapid spread around the Internet has cemented it as one of the more popular additions.

The One Piece Bathing Suit, the Sari, the Flamingo, the Banjo, the Auto Rickshaw, and Ringed Planet are also introduced and shapes will now come in all the colors of the rainbow.

The UC's Emoji Chart has been updated with the new additions inclusions under Unicode 12.0.