Join one or all of these Slack communities to connect with industry experts and gain more wisdom.

If your academics or work follows the routes of science, then you should definitely pay attention to mediums that brings you the latest news and notifications.

People who are vested in the STEM (Science, technology, Engineering, and Math) don’t just utilize internet search, but also other channels to stay updated and Slack is one of the most popular medium.

If you need a list of best STEM-based Slack groups, we have got you covered!

The major problem of anyone who wants to start something of their own in the technology field has one major starting trouble, the first step. So what else is better than joining a group packed with entrepreneurs and techies!

TechMasters stay true to the name, and it’s a great place to start your dream!

Want to be in undoubtedly one of the largest software developer groups in Slack?! Then you must not miss Hashtag Developers.

With Hashtag developers, you will have a platform to learn, troubleshoot or even search for a job!

It has close to 7000 followers, and there gives many professional tips and tricks that really pack a punch!

Data Quest or Data Science Community is one among the elite groups of data practitioners. The Slack group has scientists from all over the world where they discuss current trends and share their knowledge.

It is a great place to connect with some of the greatest minds in the world and grow your skills and knowledge in the process.

If you are an iOS developer, then you are missing out on a lot of action if you are not a part of this group. It has more than 20000 members, and the list keeps on growing!

The group has developers from around the world with expertise in different verticals of software development like apps and games. They also follow a very respectable code of conduct so that no one feels alienated or left out.

DevChat is a platform that has developers from all around the programming world. Hence, it is a great place to gather opinions, gain knowledge, or inquire about something.

Whatever your programming needs are, the Slack group is soon to give you solutions as it is very responsive and has a respectable number of members.

Microsoft has a variety of codes that they have released through the years. These languages are used to create software, apps, and games for the Windows platform.

If you are working on such Microsoft technologies, then Microsoft Developer Chat is a great way to meet some of the best in the trade. It is also a platform to raise your queries and doubts.

The world of VR is growing at a rapid pace. If you are an AR enthusiast, then the VR theory is a great place to meet likeminded people like you.

While this Slack group is all about VR; they also discuss AR and its possibilities. If you are a VR/AR developer, you must join this group, as it will help you understand current trends and get to know more people contributing in this field.

WebVR can be touted as the most active and most popular of all VR/AR based Slack groups. The WebVR has developers and influencers among its member's list.

If your work or interests are in line with VR or AR, you should definitely try this Slack community. Open their webpage and provide your email address and they will send you the invite link, that’s it!

This is a community that has a large number of developers who work using Apple’s ARKit. It’s a great place to learn new things and meet ARKit developers who are well versed with Apple's ecosystem and devices.

The number of members in the group are close to 700. The lower count is expected because of the technology’s relative age.

Microsoft got significant recognition with the announcement of HoloLens. Now they plan to use it in a variety of verticals like the military, medicine, education, etc. hence HoloLens is a target of many future developments and recognition.

Another advantage of HoloLens is that it is a mixed reality headset capable of AR and VR. If you work in the industry or need to be updated on the latest HoloLens news, this Slack community is a great start!

AI is another field that is showing a very prosperous future. Having access to the latest news and information on AI does a great deal in helping you stay informed since AI is evolving at a face pace.

If you are in the field of AI, then AI Crush also helps you to find investors for your projects. It’s a great way to expand your network in this field.

Silverpond operates in one more emerging field other than AI, Machine Learning. The Silverpond Slack channel discusses everything related to both AI and Machine learning.

If you want some assistance from hackers all around the world, the HackerX is the group to join. The group isn’t one to orchestrate hacks that are meant to adversely affect people but to facilitate discussion groups where the hackers can be a part of a community.

It helps software developers to test out their creations and ask for valuable feedback and suggestions.

Web development is a promising technological field, but it does come with its challenges, mostly coding oriented. Scotch.io is a Slack community of web developers who pioneer in various web development and auxiliary codes like CSS, PHP, Node.js, JavaScript, and Ruby.

It is a great platform to get support and share your ideas.

If you need a break from universal coding groups that talk about a lot of languages and need a specific group that only hold discussions on Ruby, then this group is one of the best. Here you can find developers who are the best in business when it comes to developing codes in Ruby.

Join the Ruby chatroom in Slack to get access to a team of professional Ruby programmers.

Android has the largest number of apps and games in the mobile OS realm. With more and more developers going onboard to create the next best hit, Android sure has a lot going on, and the users benefit in the process.

If you are going to create your own android app or game, it’s always nice to have advice from people who have done it before. Android United is the best place to get thoughtful advice from industry veterans.

IoT is another prominent stream that we can add to the list of revolutionary future technology. IoT Geeks is a Slack group that embodies its name to the fullest, a group of geeks who see a great future in IoT and collectively work to realize that future.

Join this Slack group to get the latest news, tips, and tricks on IoT technology.

Security is always an important part of our lives. Moreover, it’s our right!

In this digital age, the technology comes with two sides. While one face is protective, the other side is destructive. Data privacy has been in a serious threat than ever before, and many are trying to fend off prying eyes by developing new solutions.

The infosec Community is a group which has members who are data security specialists. It is the perfect group to join if your interests are in line with this trade.

SaaS or Software as a Service is becoming more and more mainstream now, as industry giants like Microsoft are pushing their tech in this direction. Young software developers are gravitating towards SaaS-based development too.

Support Driven is one of the best SaaS support communities on Slack. The channel has more than 11000 members, and they form an active community.

Drones are now becoming an everyday term, more power to them as brands like Amazon and Intel are experimenting with it. The aim is to introduce them to more applications.

The Commercial Drones is a Slack group that comprises of drone experts who are always available for your queries.

Another Slack group which has dedicated itself to discussing modern hardware options. The list includes IoT, robotics, 3D printing, etc.

The Hardware Theory is a great place for hardware geeks who want to know and discuss the latest hardware releases. They also offer advice on hardware related problems.

A-Frame is an active Slack community that is appreciated by anyone who develops WebVR experiences. The reason is quite simple because this group is dedicated to developing Web VR experiences.

It is an apt platform to sharpen your skills and grow as a team.

WDC or IBM Watson Developer Community is a group where Big Data takes center stage. But the list of software and cloud tech doesn’t stop there as this Slack group talks about all things software and the future of it.

Join the WDC to know IBM’s stance on cloud and big data.

Cloud has had a significant impact on software and how they work. Cloud development is also gaining a lot of traction since companies like Google have been using it to give a seamless service to its users.

Cloud Foundry comprises of cloud developers and testers who are always ready to take up a challenge.

The young generation of today are the ones who are going to lead the world tomorrow. The HackClub is a place where kids can learn the ropes of coding and try themselves at it.

It’s easy, it’s fun, and since there are other kids onboard, they can help themselves and work on projects as a team. A great way to learn to code!

Babel Js plays a significant role in web development, as it is a handy compiler that is simple and effective.

The Babel Js Slack community has close to 10000 members. They are quick to help you out with any doubt or developmental issues you have with the platform. It’s one not to miss if you are Babel Js developer.

Last but not the least, we introduce you to the WordPress project. Today, people turn to websites to get knowledge about something or to make a buying decision. 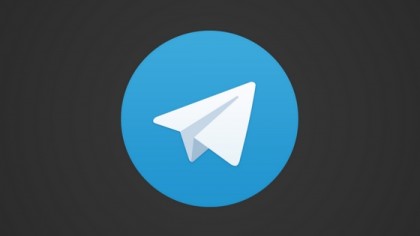 WordPress is an open source website creation platform. On their Slack group, you can engage with its contributors and other influencers.

As STEM progresses, there is an increasingly evident need of alerting people to new technologies and encourage them to make their own contribution. Slack groups are a great way to meet people, inspire or get inspired!

Join a community that holds the same interest as yours; you will definitely embrace that choice!