25 Funniest Things People Asked Their IT Support, And Their Very Confused Responses

Sometimes IT support get questions that are straight-up baffling and hilarious. Here are some of the ridiculous things tech workers have heard.

While we've certainly become more tech-savvy as a society, there is still a lot of things that the average person doesn't know about computers or smart devices. That's where IT departments and tech support steps in. 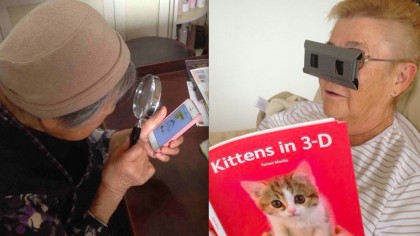 Yet, despite the strides we've made in using technology daily, some people just don't get it. If you work in IT, you'll probably cringe in recognition at some of these hilarious demands made by customers, and the confusion of the poor tech support workers who had to deal with them.

"My .pdf files have turned into acrobats!" from r/talesfromtechsupport

When contacting the IT department, it is really important to communicate what the problem is, and what resolution you are looking for. Don't be like this person, who didn't realize that what they were looking for was what they already had in the first place.

2. Everything Is Going to be OK

Have you tried clicking "Ok"? from r/talesfromtechsupport

Sometimes, the solution to your problem is as simple as clicking "OK". Don't freak out, and always ask yourself "Is this going to waste tech support's time?"

3. Have You Tried Turning It Off and On Again?

But it WON'T shut off! from r/talesfromtechsupport

It's become a running joke over the past 20 or so years, but sometimes it really is the best solution - before calling on the professionals to fix the problem, maybe try turning your computer off and on again?

Don't click the link? Okay. I clicked it, now what? from r/talesfromtechsupport

Good communication is key when it comes to solving technical difficulties. That not only means expressing the issue clearly but also listening well. If tech support tells you not to do something, it is advised that you definitely do not do it.

Trust them. They know what they are talking about.

5. Patience Is A Virtue

The system is down for maintenance. from r/talesfromtechsupport

Sure, it's inconvenient. Yes, you have work to do. So does everyone else. IT can't just change the rules for your sake, so don't bother asking.

The coworker did it. from r/talesfromtechsupport

Modern technology has changed the workplace for the better, but it isn't magic. If you want your colleague to see or edit a document, you still have to send it or share it with them. No matter how hard you wish, they won't magically have access to the files.

My screens are flipped from r/talesfromtechsupport

Like turning your computer off and on again, this is one of those simple fixes that helps save a lot of time and hassle for people. Before calling up tech support, just be extra sure that everything is plugged in where it ought to be, and that all pilot lights are on.

Dude, I think our problem is solved from r/talesfromtechsupport

Sometimes, things are so serious that even tech support has to concede that the only way to fix things is to let them get destroyed first. Obviously, this is a particularly extreme case. We do not recommend you light any equipment on fire, no matter how serious your tech issues may be.

The Graphics 'Card' from r/talesfromtechsupport

A lot of people seem to think IT workers carry around a tool-belt, loaded with cables and components. That's simply not the case. If you know what needs replacing - tell them. Don't waste their time and yours by assuming they'll have the necessary parts right away.

10. It Doesn't Have To Be So Complicated

Password resets are too complicated for me! from r/talesfromtechsupport

If you're simply a forgetful person or find it difficult to keep track of your passwords, just keep them written down somewhere safe for future reference. It really does not have to be a task that lasts several hours.

Spoiler alert - you can't just be handed access to someone else's accounts, no matter how much you want it. Sorry if it's an inconvenience, but people have a right to their own privacy.

"Just get rid of the stuff I don't need." from r/talesfromtechsupport

If you don't know what you can afford to lose, tech support definitely won't know. If you're going to insist on having someone else clear your data for you, at least make sure you know what you want to get rid of.

13. You're Using the Wrong Explorer

Whats your computer's name? from r/talesfromtechsupport

Internet browsers can do a lot of things, but even they have their limits. For instance, you can't check your computer's properties from Google. Shocking, but true.

As mentioned earlier - check your cables and pilot lights first. It will save tech support time and effort, and you could also save yourself from embarrassment.

But I never plug anything into it from r/talesfromtechsupport

It's a novel concept, but electronic devices need electricity in order to work. So whether you enjoy plugging things into your laptop or not, it at the very least requires a charger in order to be operational.

16. There's No Coming Back From This

Wait so things that are permanently deleted are gone forever? from r/talesfromtechsupport

In some cases, when you delete a file, there are ways of getting it back. This is not one of those cases. Once it's gone, it's gone, and no amount of tech expertise can get it back.

Look, IT can't do *everything* for you. from r/talesfromtechsupport

While you're not expected to be a technological mastermind, it is worth understanding the basics of how certain machines work. Like, for instance, knowing when a printer needs paper.

It looks like a question mark but... from r/talesfromtechsupport

Most passwords require special characters to ensure they are super secure. When choosing a password, try to stick to characters that you know how to type. Or at least ones you know the names of.

19. What Were You Expecting?

Apparently, this needs to be said - if you don't have speakers, or headphones, or any other audio hardware, you won't be able to hear anything. Sorry about that, but that's just how it works.

20. Some People Are Beyond Help

No matter how patient and detailed you are in your explanations, some people just won't want to listen. In those cases, it is best to just leave them pondering the differences between iTunes and YouTube.

21. Never, EVER Boil Your Phone

If you insist on advising someone to dry out their device in rice, be sure to stress that it needs to be dry, uncooked rice. It seems like a no-brainer, but people will surprise you.

"I just received an email that there is an outage. Does that mean there's actually an outage?" from r/talesfromtechsupport

There's plenty of cool, funny people who work in tech, but they're not likely going to prank you while at work. So if you get an email saying that there's an outage or that the system is down, you should probably believe them.

I'm sure this email will find its way on its own... from r/talesfromtechsupport

It would be pretty amazing if we could send messages to people without all their requisite information, but sadly email doesn't work that way. If you really want someone to get the message, you need to make sure that you have a correct email address.

Tech support workers are some of the most patient people alive. It is important to thank them profusely for a lot of stuff they have to deal with.

If Mac software could work on Windows, and vice versa, the world would be a much happier place. Sadly, that's not the case, so pay attention to which versions you're downloading.

Apple vs PC? from r/talesfromtechsupport