Computer games have become an integral part of younger generations lives. Some games more than others are the creme de la creme.

Computer games, since their pioneering days of the 1960s and 1970s, have grown into an enormous industry today. Many would now argue that this industry is likely to replace old cultural industries like Hollywood as our main source of entertainment in the not too distant future.

Throughout these decades some games have become legends with many more thousands resigned to the memory hole.

The following are a hand-selected list of some of the greatest oldies but goldies of all time. We have tried to cover games from various platforms and genres and this list is neither definitive nor is it in any particular order.

Since lists of this nature are usually a matter of opinion we welcome your suggestions for titles you think should be included.

We've limited our list to any game to was released prior to 1998 (this might seem arbitrary but the decision was made, mainly, to include Pokemon - we make no excuses).

To anyone who used a PC during the 1990s, the standout game from the standard Windows OS package was Minesweeper.

Although simple at smaller sizes, the larger grids were a real challenge and more than capable of helping you literally lose days to the game in a bid to beat your record.

The concept was very simple yet incredibly addictive and one that can trace its origins to the 1960s and 1970s.

We tried, we really did but we can't bring ourselves to separate the two. They come as one awesome BFG touting package all repackaged and upgraded in 1995 with the Ultimate Doom.

Doom is the very definition of a first person shooter and one of the most popular games of all time. Many games have tried to copy it but it will always be the best of the best.

It recently got a reboot which, by all accounts, really does the original justice. Nothing more really needs to be said.

Although Super Mario Bros. set the standard for the series and other platformers that would follow, Mario 3 was just so much better.

Improved graphics, more diversity of bosses (big and small), its Ace Card was the inclusion of the venerable Yoshi!

This is, in our humble opinion, the greatest WW2 flight combat simulator of all time. Many might disagree but remember this game was released in the dark days of the early 1990s and its immersive combat experience really stands the test of time.

It was the third and best games in the Aces series of flight combat simulators that includes Red Baron and Aces of the Pacific. AOE is also the best game in the series in terms of graphics, offering Gouraud shading and a higher resolution mode.

Although the graphics are dated now we think its high-time it was resurrected for younger gamers.

Quite simply Star Wars: Dark Forces was one of the greatest Star Wars games of all time. With wonderfully immersive environments you really felt like you were in the movies.

What's more, the ability to mow down legions of Stormtroopers or blow them off ledges with Thermal Detonators never got boring. This game set the standard for RPG Star Wars games that would follow it.

Although Star Wars Jedi Knight: Dark Forces II had better graphics, the ability to use a lightsaber and live-action cutscenes, it was basically an upgrade if this classic.

We can still feel the frustration of losing all our diligently collected coins by silly lapse of concentration. Sonic was truly frustrating at times.

Originally released on the Sega Genesis in 1991, Sonic the Hedgehog has become a cultural icon. The Sega and Sonic brands would forever be intrinsically linked for all time.

We've included Duke Nukem 3D but this entry can equally apply to its iconic predecessors too. The Duke Nukem series will live on forever thanks to their gripping and ultra-violent gameplay and wonderfully eloquent dialog, ahem.

The Duke Nukem series is, quite frankly, classics of the gaming world.

Street Fighter II is simply a classic golden oldie from gaming days gone by. It was the sequel to the highly successful Streetfighter and was better in every way.

It is still popular today.

Long before the series became the behemoth of MMO of modern times, Warcraft used to actually be a real-time strategy/resource management game and a classic one at that.

Let's be honest, Pokemon Red and Blue were absolutely amazing games. And for obvious reasons.

Trapping small innocent creatures (ok some were big) in even smaller red and white balls only to release them at times to fight tiny small creatures no apparent reason makes complete sense as a storyline.

But the game was more than that. Anyone who played this game probably still remembers their favorite party of Pokemon. It was a real adventure and you truly grew to love your small pixelated poke-gladiators.

To this day anyone who played them back in the 90s dreams of a time bio-engineering will catch up with our long-held expectations for real ones in the future. Perhaps just us.

The Legend of Zelda was a huge success for Nintendo back in the 80s. It was the first game for the NES to sell over 1 million copies.

Since then it has inspired an entire raft of sequels with each rendition improving the graphics and gameplay. Despite this the original was so unique at the time it has to chosen over its offspring.

Originally designed and released by Russian game designer Alexey Pajitnov, Tetris has become gaming royalty. It is such a simple game compared to others on our list but continues to enthrall gamers the world over.

Tetris is truly one of the golden oldies of games.

Its hard to choose between Civilisation II and its illustrious precursor Civilisation but in the end the improved graphics and gameplay of Civ 2 see it win out - just.

Created by the legendary Sid Meier, Civilisation II stands out as on the best games of all time.

Mortal Combat 2 only wins out over its predecessor the upgrade in graphics really made the difference to players. With gory fatalities and beautiful special attack effects, Mortal Kombat 2 was literally a game changer in its day,

Anyone who played this in their youth can't help but smile at just the mention of the game or stop themselves from muttering under the breath "Finish Him!".

Developed by Rare in 1994, Donkey Kong Country was astounded SNES gamers in its day. With its incredible graphics and fun gameplay, the game was only ever destined for greatness.

Golden Eye 007 was simply a fantastic first-person shooter. It was a huge success at the time. Another triumph for the game developer Rare, it featured a gripping single player campaign but really came into its own during its split-screen multiplayer mode.

Pong was one of the very first arcade games ever. It is, in effect, one of the "ancient ones" of all games that would follow it.

Whilst basic compared to other games on this list it has to be included for helping kickstart the entire industry.

The original Football Manager was released in 1982 and it would go on to spawn several sequels in the 80s. After the disappointing sales of the last edition, the original series was axed.

It is thanks to this game to the entire football management computer game genre exists and thrives today.

SimCity 2000 was the long-awaited sequel to a very popular SimCity that preceded it. It was released in 1993 for the Apple Mac but would soon be ported to many different platforms.

It was a huge success in its day and would go on to win the 1995 "Best Military or Strategy Computer Game". SimCity 2000 has since gone on to become hailed as one the greatest games of all time - and well deserved it is.

Space Invaders is one of the earliest, and probably the de facto, Shooter game. Originally developed by Tomohiro Nishikado in 1978 it was initially released in Japan and later sold under license to the West.

The game was an immediate success and had grossed an estimated $2 Billion by 1982. It has since become an icon of the gaming industry and has inspired many other games that followed it.

Super Mario Kart would break the mold for computer games back in the early 1990s. It was an instant success and would set the standard for racing games.

Many would copy it and all would simply be upgraded and better-looking facsimiles.

Metroid follows the adventures of bounty hunter Samus Aran who helps protect the galaxy from marauding Space Pirates as they attempt to harness the power of Metroid creatures. The game in and of itself is a combination of Super Mario Bros. and The Legend of Zelda but in a way uniquely its own.

It has rightfully taken its place in history as one of the greatest games of all time and sparked 14 sequels on almost all Nintendo consoles.

The original Worms, released in 1995, was developed by British game developer Team17 and would rightfully earn its place in history. Packed with explosives, baseballs bats and Super Sheep, worms would inspire many sequels since.

Worms was the perfect game for escaping the stresses of life and still is.

X-COM: UFO Defense is hands down one of the greatest games of all time. Its mixture of micro- and macro-management of your team of human freedom fighters is perfectly balanced to produce a fantastically absorbing gameplay.

If you never played this game you really missed out. It was originally released by Microprose but has been rebooted in recent years for consoles like the PS4 which do the original justice.

The perfect combination of the Star Wars universe and dogfighting in the depths of space, Star Wars: Tie Fighter was the definitive flight space simulator of the 1990s and beyond. It contained digitized music and sound effects from the films and introduced one of the best-expanded universe characters of all time - Grand Admiral Thrawn. 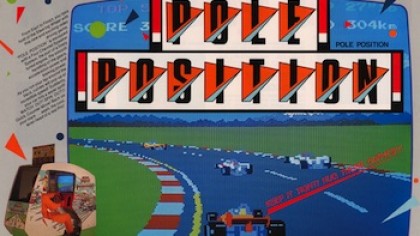 It, as well as other Star Wars games throughout the 90s, arguably kept the Star Wars brand alive until George Lucas finally decided to create the prequels. This game is at least the best Star Wars game ever but should rank in any self-respecting top 10 best games of all time.

Although the graphics are very dated by modern standards the storyline and gameplay are simply beautiful and are fully immersive. You really feel like an elite Imperial Pilot in a bitter struggle with enemies all sides.