250 Trains Will Be Fitted with Rooftop Solar Panels in India

India is well on its way to achieve its promised additional 160 GW of wind and solar energy by investing in floating PV panels and solar trains.

India is installing photovoltaic panels all over the country at breakneck speed. The country is investing in solar in a variety of ways, some common and others that are slightly out of the box. India surprised the world at the Climate Change Conference in 2015, by promising it would add 160 gigawatts (GW) of wind and solar by 2022 to the existing 26 GW.

Available space may be a problem

One problem the country faces is a lack of available land for its planned massive solar farms. Floating farms might be the answer. According to Indian news sources, two floating solar panel projects are soon to be developed in India. The first will be in the state of Andhra Pradesh, the second in the state of Kerala. Floating solar farms are a solar array system on a structure that floats on water. Generally, they are floating on a natural lake or human constructed reservoir.

Floating solar panel systems have the ability to be more efficient than land-based systems due to the cooling effect of the water. The new plants that are being carried out by the Arka Renewable Energy College will be the largest floating photovoltaic (PV) facilities in India.

India is willing to invest in an unusual solar power project as it races towards its solar power goals. As well as floating solar panel farms, the country has also invested huge amounts of money and resources into adding solar panels onto the roof of trains. 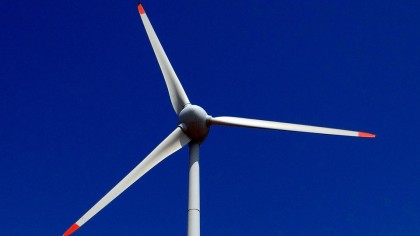 Indian Railways will install flexible solar panels onto the roof of 250 local trains. The power generated from the panels will be used to power lights and fans on board. The new train is hoped to save approximately 21,000 liters of diesel a year, that would normally be used to power the interior.

The move is in a larger government push to modernize the Indian train system and make it much more environmentally friendly. Each new train is fitted with 16 solar panels on each carriage as well as battery back-ups. The trains are expected to offset carbon emissions by nine tonnes a year.

Suresh Prabhu, India's Union railway minister, told local media that this is a “path-breaking leap” towards the grander goal of making India’s trains more environmentally sound. The trains are only the first of many steps to green up the whole rail network system. Other green investments include using solar power for train stations. “7,000 railway stations across the country will be fed with solar power as per the Indian Railways mission to implement 1,000 megawatts of solar power capacity," Indian Finance Minister Arun Jaitley told guests, at a union budgetary speech in February this year.

The whole world will be watching India as it continues to rely increasingly on solar for its energy needs. It will also serve as a learning example for other countries eager to make the move to renewable energy.

A New 186-Foot Superyacht Is Entirely Smothered in Solar Panels