When you first take a look at the images here you could be mistaken for thinking that someone has managed to emboss figures into a line notepad and turned out sculptures on the sheet of paper. However, this is not the case at all. Joao Carvalho, 15 years old, from Brazil creates an illusion on plain paper from 2D artwork. 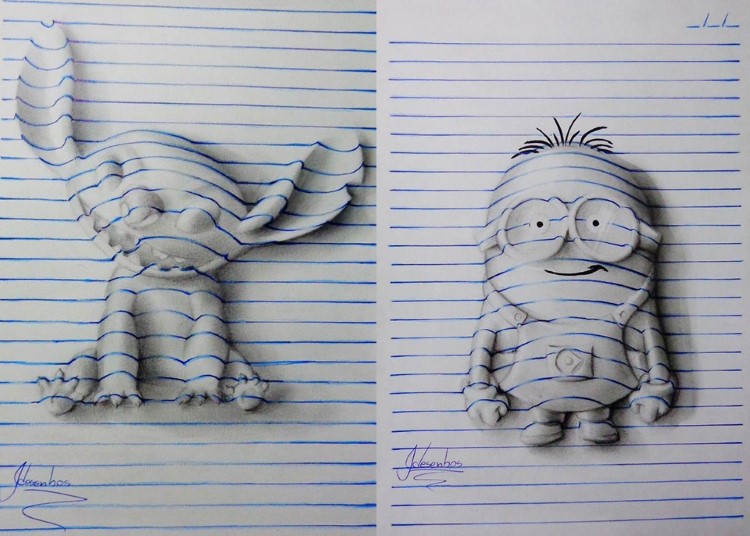 The artwork of Carvalho is very impressive as he does all his art work on regular sketch pads without any lines. He then draws in the lines later to make them look as though the pages have been ripped from a bound notebook. 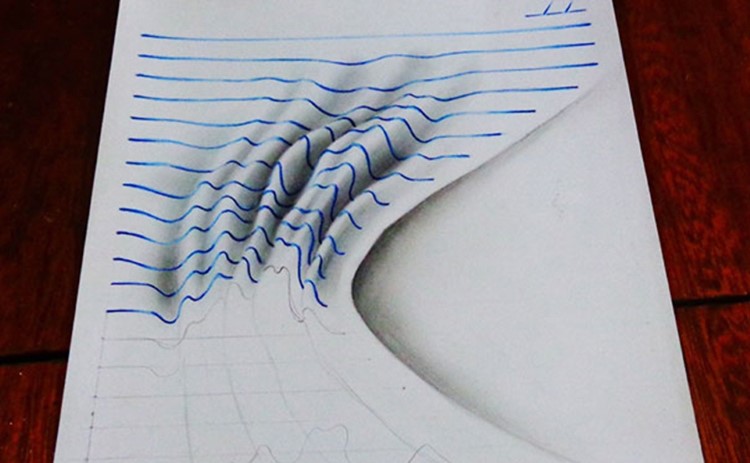 The 3D figures which seem to stand out from the pages of the lined notebook are nothing more than an optical illusion. The artist manages to create the illusion by the use of clever pencil shading and curved lines drawn onto the sheet of plain paper. The notepad is nothing more than a ruse so that he can line the drawings and therefore bring off the illusion better. 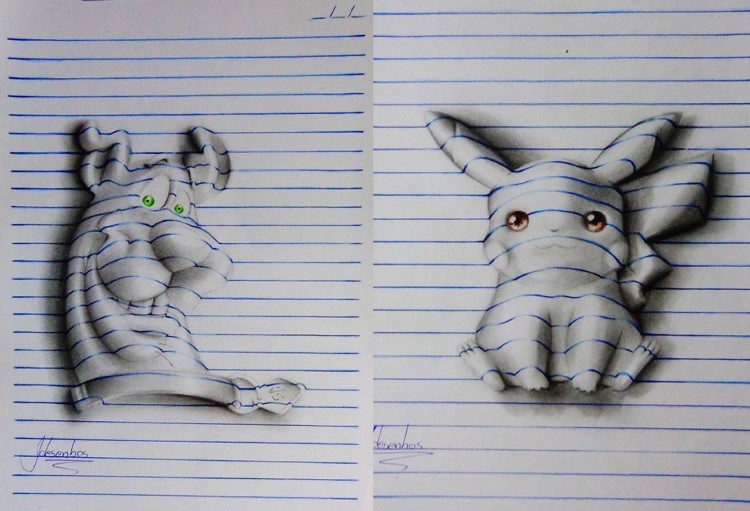 Joao says that he hasn’t had any training and that he taught himself and has been doing notebook art since June 2014. The majority of the artwork features cartoon characters, however, he has started expanding his materials. He has been using new ones to help him create the same illusion with waves, craters and other non-animated sources that have given him inspiration.

Who knows what we might see in the future from Joao, perhaps we will see him expanding his talents to come up with artwork illusions featuring architectural objects. Keep an eye on his Facebook page for his latest creations.