Three pioneers in the field of machine learning won the 2018 Turing Award for their work conceptualizing and developing neural networks.

Three pioneers of artificial intelligence research have been awarded the prestigious Turing Award for their work in building the foundation for modern machine learning.

The Turing Award, compared by some to the Nobel Prize, is awarded to individuals “selected for contributions of a technical nature made to the computing community,” and is often referred to as a "Nobel Prize for Computer Science".

Google Vice President Geoffrey Hinton, Facebook’s Yann LeCun, and Yoshua Bengio, a professor at the University of Montreal, were jointly awarded the Turing Award for 2018 for their pioneering work in the field of machine learning, work that has led to everything from news aggregators to Netflix and the modern boom in practical artificial intelligence development.

“Artificial intelligence is now one of the fastest-growing areas in all of science and one of the most talked-about topics in society,” said Cherri Pancake, president of the computing society, in a statement on the Award. “The growth of and interest in AI is due, in no small part, to the recent advances in deep learning for which Bengio, Hinton and LeCun laid the foundation.”

Specifically, the three were cited for creating the “conceptual foundations” of deep neural networks, the kind of algorithms that powers how artificial intelligence systems learn new things. A system’s ability to learn something is crucial in artificial intelligence since a system cannot be programmed for every eventuality it will confront in real-world applications, it must be able to train to recognize patterns and act appropriately in response to what it has learned.

The Turing Award is presented every year by the Association for Computing Machinery and includes a monetary prize of $1 million, which this year will be split between the three recipients.

Recognition for the Conceptual Foundation of Neural Networks

Neural networks, inspired by the web of neurons that make up the human brain, had been the subject of research for decades, but no one had made much progress in making them do anything of value. Then, in 2004, Hinton used the support of the Canadian government to organize a community of researchers, including LeCun and Bengio, that would turn neural networks into the powerful computing tools that they are today. 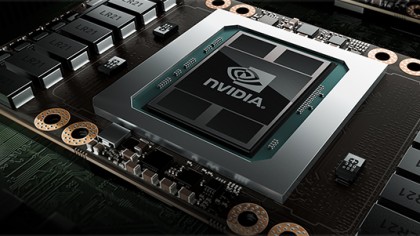 Hinton first began pursuing neural networks as a graduate student in the 1970s, and then later at AT&T’s Bell Laboratories where he built a neural network that could learn to read handwriting. Then, after a grant of $400,000 by the Canadian Institute for Advanced Research, Hinton, LeCun, and Bengio developed the algorithms that first powered speech recognition systems for IBM, Microsoft, and Google.

Next, Hinton moved on to image recognition networks building off an algorithm of LeCun’s which would go on to power systems like a self-driving vehicle’s computer vision capability—its ability to see the road, recognize cars, pedestrians, etc.

Bengio, working as a professor at the Univeristy of Montreal, oversaw research into generative adversarial networks, which uses one neural network to engage another, where one is designed to generate something original like a picture of a person’s face and the other network operates on what was generated as a form of quality assurance.

Artificial intelligence has reached a threshold. And physics can help it break new ground