The E.P.A. has barred three scientists from speaking at a conference on climate change.

America’s Environmental Protection Agency has canceled the appearance of three agency scientists who were scheduled to speak on climate change at a conference called the State of the Narragansett Bay and Watershed program in Providence, on Monday in Rhode Island; this is according to the EPA themselves along with some people involved.

John Konkus, an E.P.A spokesman and former Trump campaign operative for Florida confirmed that the agency scientists would not be attending the event but provided no reason why.

The purpose of the conference was to addresses the overall health of Narragansett Bay, the most extensive estuary in New England. The scientists who were invited to attend contributed to reports on the state of the bay, including findings that conclude climate change is affecting air and water temperatures, precipitations, sea levels and fish within the estuary.

Notably, agency administrator, Scott Pruitt does not believe that human prompted greenhouse gas emissions are responsible for global warming. Additionally, under Pruitt’s leadership, all traces of the words “climate change” have been expunged from the E.P.A website. 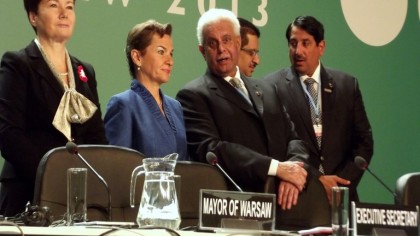 Climate change…who are the world’s most switched on politicians?

With regards to Konkus’ contribution, all E.P.A. grant proposals have passed through his office for review since August of this year.

“It’s definitely a blatant example of the scientific censorship we all suspected was going to start being enforced at E.P.A.,” said King. “They don’t believe in climate change, so I think what they’re trying to do is stifle discussions of the impacts of climate change.”

The researchers involved in the watershed program claimed that much of the event focuses on the issue of climate change, the cancellation comes as a surprise considering the E.P.A funds the Narragansett Bay Estuary Program, which is hosting the conference.

Tom Borden, the program director of the Narragansett Bay Estuary program, claimed he was informed by the director of the Atlantic ecology division of E.P.A.’s Environmental Effects Research Laboratory that the scientists were barred from speaking.

“I was not really provided with a clear explanation,” Mr. Borden said to the NYT. “He advised me that it was the decision of the E.P.A. Office of Public Affairs.”

Last year was the warmest recorded year, and rising temperatures likely to increase the impact of storms, effects of which we’ve seen already in 2017 with the onset of killer Hurricane’s Irma and Harvey. Despite these events, the Trump administration is still hesitant to discuss climate change as a cause.

"There's plenty of time later on to have those discussions, and I know we will because climate change is clearly a big topic for the media, but we will continue to focus our attention on the folks who need it right now," Mick Mulvaney, the director of the White House's Office of Management and Budget told CNN's Jake Tapper.