The rapid growth of artificial intelligence is going to revolutionize the way we listen to and make music in the future.

To the everyday listener turning on their radio in their car, music can often seem like magic; an unknowable force that can reach the human soul. To the musician, music is the creative assembly and disassembly of known parts in order to create something new and pleasing to their audience. But what if the listener—or more provocatively, the musician—was an artificial intelligence? What does that mean for music as a creative endeavor? Thanks to a host of new music artificial intelligence start-ups, we’re about to find out.

While we might reflexively feel that music is inextricably human, this isn’t necessarily the case. When you break down a Top-40 hit, it is almost certain to follow a simple, well-known formula: alternating stanzas and choruses, with a bridge thrown in before the final chorus. Break down those sections further, and other patterns emerge. Even the melody or backing beat that is driving the song is itself a knowable, well-defined pattern of scales and rhythms. In effect, your favorite pop song can be turned into patterns that a machine can recognize, replicate, and innovate—and we've been doing it for hundreds of years.

The Start-Ups That Hope To Revolutionize Music

After years of being limited to building the means to distribute music, tech is finally getting in on the content creation game.

Amper: Making Music With A Mouse-click

Music platforms like Spotify and iTunes have long used machine learning to generate playlists of content based on the music you listen to, but now, machine learning is being harnessed to create entirely AI-generated songs. After years of feeding templates into a computer to recognize patterns of genre, mood, or style, those machines can now disassemble those patterns and remix them to produce new tracks.

Using the music artificial intelligence website Amper, anyone can produce unique tracks based off any number of user defined constraints, whether it be style, beats per minute, or the desired mood of the track—all without a single musician or composer touching a keyboard. For those professionals who know their way around a mixing board, the pro version of Amper opens up a wider array of options that give more precise control over the output than the basic version’s template-driven system. Having a professional sounding AI-generated song with a few clicks of a button opens a whole new world for podcasters, YouTubers, indie filmmakers and game developers alike, so expect Amper to build a loyal following in these communities in the years ahead.

WaveAI: Making A Hit On Your Phone With Alysia

With the introduction of the smartphone, the wall between the amateur picture taker and the professional photographer began to come down—especially as the quality of the cell phone camera improved. It took apps like Instagram though to turn personal, social photography into a global phenomenon. By making the taking and sharing of a picture at a global scale as simple as tapping your screen, these apps opened an avenue for creative expression that many hadn’t even considered. Given the opportunity though, the world responded. To date, Instagram has over 800 million users and continues to grow as smartphones become available throughout the world.

Is a similar revolution in music on the horizon? The answer is a resounding yes, according to California based music artificial intelligence start-up WaveAI. The brainchild of computer scientist and singer Dr Maya Ackerman, WaveAI wants to make songwriting available to the masses with their app Alysia. Alysia is a musical collaborator that guides its user through the process of producing their own music; generating beats, melodies, and even helping write lyrics which users can then share with the world. “Just like photography, which used to be accessible to the few but has now been democratized,” says Ackerman, WaveAI's CEO, “we’ve made songwriting readily accessible to anyone with a smartphone.”

It’s probably the most open secret in any creative field that synergy beats genius 99 times out of 100. The collaboration between artists has been the well spring of some of the world’s most groundbreaking music, from the conservatories of Vienna, to John Lennon and Paul McCartney, to Snoop Dogg and Dr. Dre. Australian start-up Popgun wants to capture that dynamic in their AI, Alice.

Originally, Alice was meant to produce AI-generated songs with the goal of making a pop hit. Alice can produce entirely original compositions (limited to just the piano at the moment) and there is certainly a lot of interest in the Music industry for a machine that can reliably produce a pop song that charts in the top 40. Popgun co-founder, Stephen Philips, described the moment the vision of the company changed.

Hearing from a rock band about their experience trying to write a follow-up to a hit song—Philips realized he, and Popgun, had it all wrong. “When they tried to make something that sounded like the first hit,” Philips recalls, “it sounded terrible. And that’s because the song itself is an artifact of the creative event. The song is not the thing you should try to copy: all you’ll do is make a cheap version of something that already exists. Novelty comes when two intelligences collide.”

That’s when Alice stopped becoming a competitor to the artist and instead became their partner. Alice listens to the musician play and tries to guess what should accompany it, or even go off on its own from where the human musician left off. “What does that sound like?” Philip asks, “What stuff will it play? And when we talked to artists, that’s what turned this from something they feared to something they were deeply intrigued by.”

AI Is The Musician, Not The Music

The fear that something like Alice, Amper, or Alysia might evoke in professional musicians isn’t anything new. In fact, the comparison that WaveAI's Ackerman makes between Alysia and the smartphone camera is apt and gives professional musicians reason to feel more excited about the future of music. There might be photographers who long for the days of the darkroom, where a film was converted to finished prints by hand, but they are a dwindling breed. 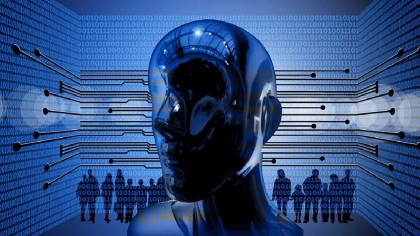 Similarly, today’s music artificial intelligence is not so much a threat to be feared as a new and incredibly powerful instrument to be played. “Music is not just a technical skill.” Philips reminds us, “If the technical barrier to playing something that sounds like music is dropped, then the artist is all that’s left. And the artist will still be better.”